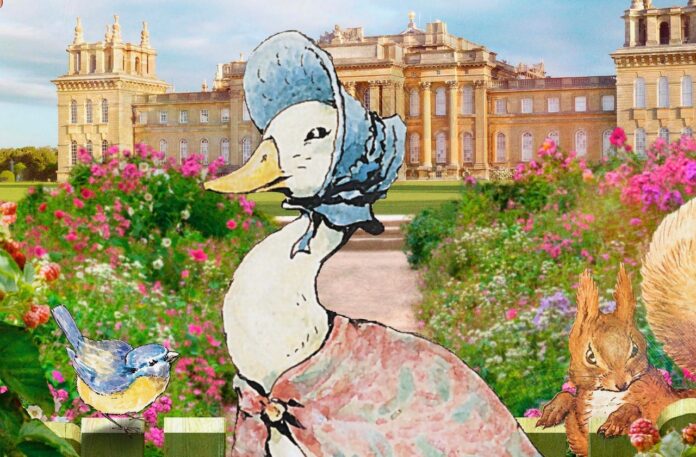 This summer, Blenheim Palace will play host to a world first – an immersive Peter Rabbit experience around the grounds, running from July 6 to September 3.

Yes, one of the nation’s oldest and best loved characters is taking families on this immersive adventure for the first time amidst Blenheim’s Walled Gardens, to help celebrate his 120th birthday!

So what can you expect? A young Beatrix Potter invites you to join her on an adventure to find her mischievous friend Peter Rabbit, as she leads guests through never-before-seen spots in the Palace’s walled garden.

Moving from flower and vegetable gardens to greenhouses and potting sheds, you’ll get a glimpse of the estate no-one else has seen, whilst meeting friends Jemima Puddle-Duck, Squirrel Nutkin, Mrs. Tiggy-Winkle and Mr. Jeremy Fisher along the way.

JOIN IN THE FAMILY FUN TO SAVE PETER RABBIT FROM ENDING UP IN MR. MCGREGOR’S RABBIT PIE

This is the first time Peter Rabbit has appeared in this way, but is also a first for Blenheim Palace which is joining in the family fun to save Peter Rabbit from ending up in Mr McGregor’s rabbit pie.

Peter Rabbit‘s adventures have sold over 250 million copies since he first appeared at the start of the 20th century and this new immersive experience hails from the team behind ‘Autumn Treasure Hunt with Percy The Park Keeper’ at Chiswick House & Gardens and ‘Paddington Marmalade Messiness’ in Dalkeith Country Park.

The show is directed by Barney McElholm and written by Calum Finlay, who have worked at the National Theatre, Royal Shakespeare Company, National Theatre of Scotland, Shakespeare’s Globe, The Almeida, Theatre Royal Bath, Manchester Royal Exchange and Birmingham REP amongst others. 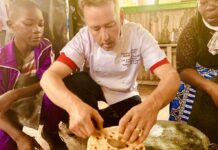