Home Do Competitions Which soap is the slippiest and other questions. Kids – take part...
Facebook
Twitter
WhatsApp

With lots of families with young children at home, the aim of Science Oxford’s Big Science Event at Home is to celebrate their curiosity and creativity and have fun with science.

The competition is open to all ages and children can take part either on their own or with family, with a friend via Zoom or as part of a group at school.

Investigations can be on any topic – which soap is the slippiest? How much air does it take to pop a banana? What’s the best material for Batman’s parachute?

To enter, children of all ages simply need to share a video, poster or photo diary showing what they did and what they found out, with Science Oxford before Monday 13 July.

Thanks to some great sponsors, there are lots of fantastic prizes to give away, including £500-worth of Playforce playground equipment for the winner’s school, science kits from The Curiosity Box and family tickets to the Science Oxford Centre.

Ian Snell, Science Oxford’s Education Programme Officer, who is managing the project, said: “I always love seeing the intriguing questions that children ask about the world around them, and the ingenious ways they use to answer them.

“Some of my favourite questions from our past schools competition are ‘Does the topping affect which way round toast lands?’ or ‘How many rubber bands does it take to make a watermelon explode?’

“It’s fantastic to come back from furlough to help as many children as possible take part from home in these trying times. We’ve already had some fantastic entries from enthusiastic children, and I look forward to seeing more.”

Jon Carr from Woodstock, who’s eight year-old daughter Scarlet has already entered the competition, said: “This occupied Scarlet for the whole afternoon! She really enjoyed the ‘Science’ and came up with the whole idea herself. So thank you.”

Autumn Neagle, Digital Comms Officer for the competition said –  “We are looking forward to getting lots of entries from families at home as well as schools, so whether you love science or are not sure, just have a go!

“Chocolate and sweets always seem to be popular topics to investigate, I can’t think why – and one question our judges loved last year was how different chocolate melts?

“It turns out the very same thing is being researched now in real factories, as the taste changes when heated and we need to find out why! So maybe grown-ups like sweets just as much as children do – but like Willy Wonka’s chocolate factory, just don’t contaminate the chocolate – or you know what happens!!”

Check out www.scienceoxford.com/bigscienceeventathome for top tips, resources and ideas for your experiment. 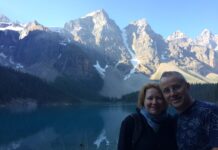 COMPETITION: Win copies of new children’s book ‘World of Wonder: Mountains’ by Charlotte Guillain to help kids explore and save the earth