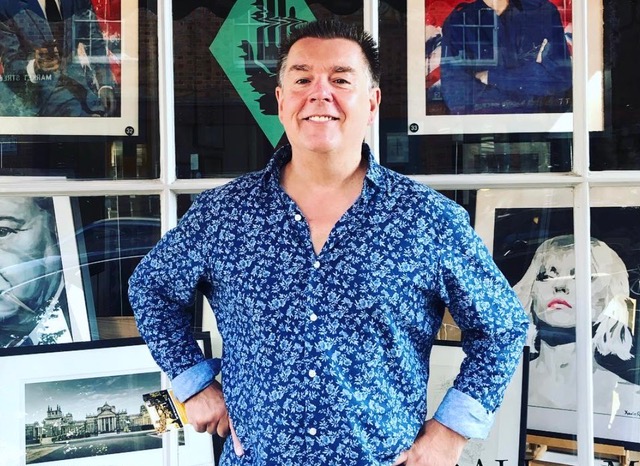 The legendary Dave Davies, who ran the vibrant and massively popular Dantzig Gallery in Woodstock, passed away last Saturday on October 10 after being diagnosed with a terminal illness earlier this year.

He was a huge supporter of Ox In A Box and a great friend, so we are dedicating this piece to him, as remembered by his family, as well as his mates and clients, who knew and loved him.

Born on October 27 1957, he was a much loved father, partner, businessman, and resident of Woodstock, who leaves two daughters, Issie and Hattie, and his partner Beth Lumb, who ran the gallery with him.

Known as much for his gleeful personality, genuine kindness and love for a good party, as his entrepreneurial spirit, he has friends scattered all over Oxfordshire and beyond.

His friend Clinton Pugh who runs Cafe Coco, Kazbar and Cafe Tarifa said: “We have lost an angel. Dave was a ray of sunshine in everyone’s lives. He was a lovely, lovely chap and totally genuine. He always had his birthday parties at Kazbar and knew how to have a good time. It hasn’t really sunk in yet that we have lost him, but he was such a decent soul.”

“Dantzig, with Dave at the helm, wasn’t just a gallery, it was a space to chat, socialise and have fun and Dave always threw riotous private views to launch new exhibitions”

And as the tributes continually pour in, his nearest and dearest are coming to terms with just how well loved and regarded he was.

His latest protege, a young painter called Tommy Fiendish, whom Dave spotted early on in his career, took a chance on and tucked under his wing, will always be grateful for Dave’s patronage.

Tommy said: “Dave gave me the opportunity, as a relatively unknown artist, to host my first solo exhibition at Dantzig Gallery. His willingness to take a risk and trust his eye paid off, and his efforts helped my career take a giant leap forward which will not be forgotten.”

Dave was a born entrepreneur as well as playing an active role in the local Woodstock community. He worked with local business support group Wake Up To Woodstock, and as a town councillor (who can forget his typically humorous self-penned campaign slogan “What a difference a Dave makes!”).

Mathew Parkinson, Mayor of Woodstock remembers: “I have never seen such joy and celebration in Woodstock as when he was elected to the Town Council. I truly believe he changed the way people in the town perceived local politics.“

But Dave’s main passion was his final successful venture Dantzig Gallery, which features contemporary art, and remains open and trading.

As Caroline Parkes from We Love Woodstock remembers: “Dantzig, with Dave at the helm, wasn’t just a gallery, it was a space to chat, socialise and have fun. Dave always threw riotous private views to launch new exhibitions, and ran a book group where arty locals learned more about the artists featured in the gallery.

“His death leaves his family, his friends, and the wider community devastated. He was the life and soul of Woodstock, and the world is less colourful without him.”

The gallery was named after Passage Dantzig, a street in the district of Montparnasse in Paris famed for its artists. Dantzig built a reputation for bringing rock & roll art, rare prints by 20th century icons, and more established contemporary artists such as Terry Frost and Sir Peter Blake to Woodstock. As a result his clients flocked from far and wide, and Dave was often asked to decorate entire houses with his art.

And yet despite his business accolades, his beginnings were more humble. Growing up on the Cherwell Estate in Kidlington, his friend Nic Griffiths remembers: “We all knew he was going to go on and achieve things in life, and do it with a big smile on his face.”

Dave’s other more unusual passion project was The James Sadler Balloon Experience. James Sadler lived in Oxford and was the first Englishman to fly.

Dave’s ambition for The James Sadler Balloon Experience was that a tethered balloon would fly over Oxford, allowing people a birds’ eye view of the city. Dave hoped that planning permission would be given, and he would see his dream fly, which his family very much hope will come to fruition.

Dave Dunphy, his business partner in the James Sadler Oxford Balloon Experience said: “Dave was funny, incredibly creative and a fiercely loyal friend who was well known and liked by everyone.

“I was constantly astounded by the amount of people he knew. His passion for the James Sadler Oxford Balloon Experience was only surpassed by his love for Beth, Hattie and Issie. We will continue with the project in his honour, and make it our mission to fulfil his dream.”

Dave was a great support for his partner Beth, who was diagnosed with breast cancer in 2017. 2020 was supposed to be their year for enjoying life, after a year of gruelling treatment for Beth, but sadly 2020 struck two tragic blows; firstly, a terminal cancer diagnosis for Dave early in the year, then Covid-19, which meant that this incredibly social man, was unable to connect with his friends, and live his last months in the way that he would have enjoyed; wearing a loud shirt, gin and tonic in hand, and booming with laughter.

Dave’s final resting place will be North Oxfordshire Crematorium and Memorial Park, a natural burial ground near to his home town. Before a small family service, the wider community of Dave’s friends will gather on the streets of Woodstock to pay tribute to Dave in a social distanced safe manner.

By Katherine Macalister and Caroline Parkes 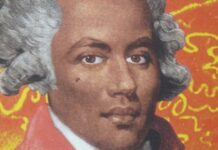