Home Eat “We are crazy busy” Why The Edge Eatery in Witney is such...
Facebook
Twitter
WhatsApp 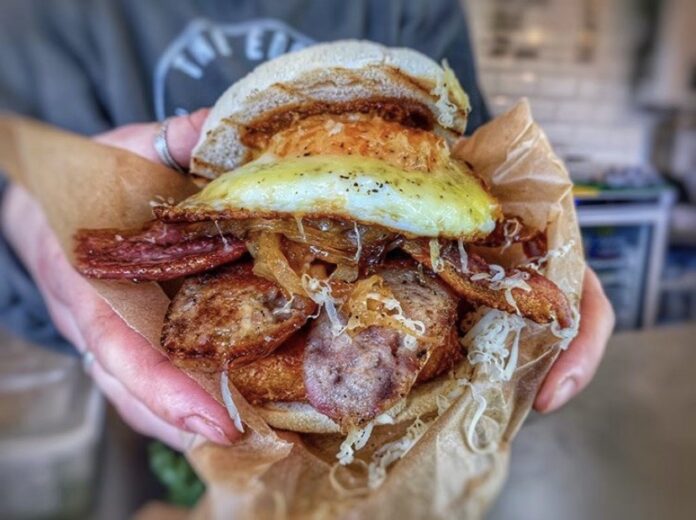 “We have been crazy busy” Tom smiles, “but it’s been amazing.”

And yet three weeks after opening, Tom and Phoebe had to close their new venture when the UK was plunged back into lockdown.

Instead, they immediately launched a takeaway and haven’t looked back since as foodies flock for a taste of their Asian influenced street food style menu.

“We knew we would probably go back into lockdown after we opened but the takeaway has gone crazy. We are really busy,” Tom says.

Phoebe, 25, who hails from Freeland down the road, mans the kitchens concocting their famous signature dishes.

Now preparing to reopen once more, the couple are delighted they chose Witney for their new venture: “Witney gave us such a big boost. We were busy right from the start and have so many regulars. The support has been incredible,” Tom says.

“And it just feels right to open up here as we are both from the area. It’s such a nice town – really chilled with lots of new local businesses.”

The two young chefs chose Witney having returned from travelling and working their way through New Zealand and Cornwall. On their return home to Oxfordshire they decided to open their own cafe – to replicate what they’d learned and bring it back to the UK.

“We really fell in love with the food in New Zealand. That’s where the inspiration came from,” 26 year-old Tom explains. “But we also wanted to serve the kind of food we like to eat – nothing too crazy. “We don’t want to categorise ourselves but just to serve really nice food.”

To start with the pair set up a catering van in Eynsham, Tom’s home town. Word soon spread about their amazing burgers and poke bowls and they were soon enjoying a really brisk trade.

“We started off with the trailer but it took off really quickly. We couldn’t believe how excited people got about our food,” Tom laughs. “We often sold out.”

A few month later Phoebe and Tom were the proud owners of The Edge Eatery and haven’t looked back since.

Even so taking on a cafe is a big move, especially during a pandemic? “Yes it was a bit of a blind jump,” Tom admits, “but it went really well. “We knew we would probably go back into lockdown after we opened, but the takeaway has gone crazy. We are really busy.”

Now looking forward to reopening, and extending their opening hours, having applied for an alcohol licence, Tom and Phoebe hope their success continues.

And with a new project on the go – The Edge Eatery camper van – which they are doing up to hire out “like a moving B&B”, it seems Phoebe and Tom won’t be slowing down any time soon.

“We’ve got quite a lot going on at the moment.” Tom grins,” but that’s the way we like it.”

For more information go to https://theedgeeateryltd.co.uk