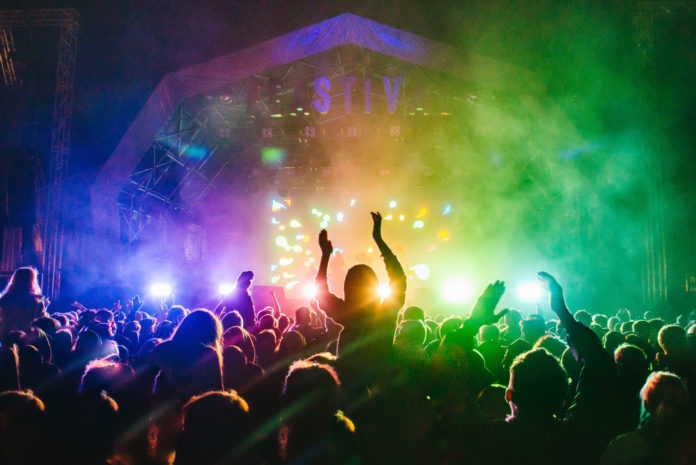 The Wilderness Festival from August 1-4

If you haven’t got your tickets yet and would like to join the crowds of folk fans in sunny North Oxfordshire, they are still on sale at www.fairportconvention.com but this warm weather has boosted sales, so don’t be left out-grab yours now.

Acts such as Tankus The Henge, Noble Jacks, Madness Tribute Band One Step Behind and Sam Brown will be joined by Jody Wyatt, the nephew of the festival’s founder Bob Wyatt who died earlier this year.

Tickets and details at www.bunkfest.co.uk

At its site just a mile outside of the town centre, this year’s line up includes Newton Faulkener, The Hot House Flowers, Stever Harley and Cockney Rebel, The Cock and Bull Band and Katherine Priddy plus plenty of other local acts. For information go to www.towerseyfestival.com

The countdown to the 2019 line-up is well and truly on. It’s time to start planning your weekend down on Alex James’s farm eating delicious food, sipping on summer tipples and dancing the night

With the August Bank Holiday weekend drawing even closer and line up having just been announced, tickets are running seriously low…so make sure you don’t miss out on experiencing The Big Feastival.

Music, food and drink and loads of family entertainment, this is billed as the ultimate family festival. Meet chefs, sample food, and chill out on the farm while you listen to Allie Hughes, Club de Fromage, Jodie Knight, Tiny Dancers and more.  www.thebigfeastival.com

A weekend of drinks, live music, games, dancing and delicious food, this event has become a local institution, a true celebration of some of the best brews in the country. It has the feel of a rural festival, with within easy reach of Witney town centre and public transport. There are over 30 beers and ciders available to try, all sourced from breweries within 30 miles of Cogges, and served up to over 1,000 punters.

Live music will be entertaining drinkers in the 17th century barns, as well as Morris Dancing and traditional games in ‘The Cogges Arms’ on Friday and Saturday night.

Tickets are £10 in advance for Friday and Saturday night, £12 on the door. 10% discount for Cogges season ticket holders (must be presented on arrival). Entry includes a souvenir tankard and a free half pint of beer or cider. Go to www.cogges.org.uk

The Waterperry Opera Festival until this Sunday (July 28)

This is a unique and innovative opera festival hosted at the beautiful Waterperry House and Gardens in Oxfordshire. The festival offers accessible and socially relevant productions, created and performed by a diverse community of artists, which bridge the gap between performer and spectator. www.waterperryoperafestival.co.uk

This is Oxford’s first boutique outdoor comedy festival.The day will be full of the funniest comedians, delicious local street food plus a wellbeing area with health and spiritual practitioners where you’ll be able to paint, meditate, get creative and relax.
It’s all about the smiles and having a giraffe!
Fans will be treated to an unbelievable line up of comedy performers from well-known TV faces, circuit headliners and some of the very best emerging talent.
Comedians will be performing club sets, hour shows and Edinburgh previews across three purpose built marquees. This brand new comedy experience is limited to just 450 people. Ticket includes entry to the festival and shows are on a first come first served basis.
More details at https://www.rocktheatic.com/festival/

Oxfest at The Red Lion in Marston on Saturday.

Eight popular Oxford based bands will be performing throughout the day in the beautiful pub garden. There will also be ice cream, face painting and festival food.

This is a charity event, and all money raised from the Oxfest raffle will be going to the Churchill Hospital’s Renal Unit. All the bands are performing at a special discounted price.

Bring your friends, family and a picnic to witness a spectacular evening of music, pyrotechnic aerobatics and showcase firework displays choreographed to music performed by three UK firework companies.
The culmination of the evening’s entertainment is an enormous closing display by the British Firework Champions and local display company Illusion Fireworks Ltd. The festival’s chosen cause for 2019 is #ToughEnoughToCare raising awareness around male suicide and mental health.

Our Christmas Extravaganza live broadcast kicks off today from 2pm! Here’s the amazing line up so tune in to support your local businesses! Did...

EXCLUSIVE: Korky Paul, the famous children’s illustrator, on his new exhibition at The North Wall and one-off book about Oxford