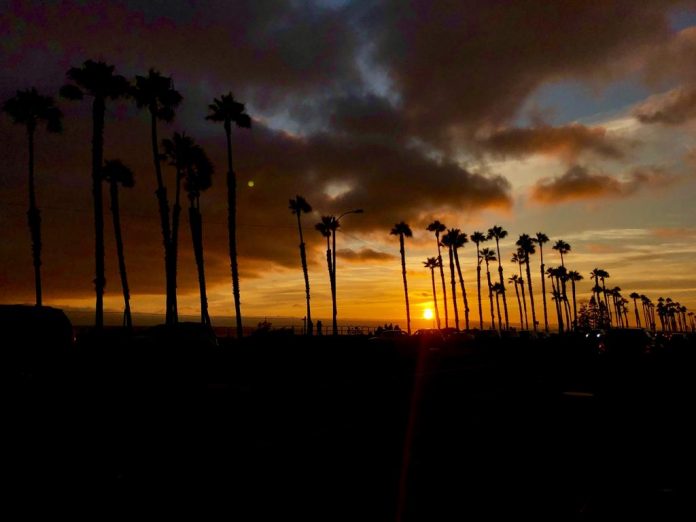 It all started with a harmless chat in the pub: ‘Wouldn’t it be great to do an American road-trip? All of us in a massive RV, cruising around for a month.” “Yup, Another pint?”

Organising anything more than a night out required serious planning, and the alignment of a big enough holiday gap for seven of us to undertake, never mind the significant costs, seemed to make this just another pipe dream.

However, two members of our party started to put together a list of must-see places, and realising that a window of opportunity lay between the possibility of unpaid leave for some, and the finishing of university for others, the idea started gaining traction.

Flights seemed reasonably priced, an RV camper that could sleep seven lads not only existed, but was affordable, and the confirmation of holiday allowances meant a unanimous yes from everyone.

After discussing, planning and saving up for almost 11 months, our holiday of a lifetime was underway!

Which part of the US to explore was harder. Being such a MASSIVE country, you have to pick and choose certain corners to visit, especially when you’ve limited yourself to three weeks. Discussions began, but pretty quickly the South West came out a clear winner with its diversity of climates and its high concentration of world famous sights and attractions.

We decided flying to LA would be the best option, allowing us to start and finish the trip in one of the most iconic cities in the world.

There were also CruiseAmerica dealerships there that rented out the 30ft, 7-berth beast we used for transport and accommodation.

We left no stone unturned to organise an itinerary that would show us the best America had to offer in terms of food, drink, nightlife, sightseeing and beaches. Knowing that it might be our only visit to the US, we had to make the most of it and see everything from the bustling metropolis of Las Vegas to the beautiful features of Yosemite.

Thus our journey stretched from South to Mid-California, East through Nevada to Utah and down to Arizona before returning to the ‘Golden State’.

Touchdown at LAX airport. Once past the East coast of the US it was clear why many Americans never feel the need to leave their country.

Deep green forests, followed by farmland, then a shift to a more arid environment with huge crop circles surrounded by sand. Next came desert, sparse bush, dried out salt basins, deep canyons, mountains and finally the sprawling metropolis that is Los Angeles.

On the way to pick up the RV we got our first experience of the US: hot pleasant weather, an arid brown climate, crowded streets, huge trucks, rows of palm trees and of course the infamous Los Angeles traffic; one of the less desirable attractions.

After picking up the 7-sleeper beast that was to be our home for the next three weeks (and wondering how we to manage over 3000 miles) we dashed through the Beverly shopping district to marvel at the price tags, dodge the models lined up for photo shoots and lmarvel at the cursing supercars.

This was definitely the glitzy side of LA that people talk about. Wary of blowing all our spending money on a diamond encrusted t-shirt, we drove over to Santa Monica beach to watch the glorious yellow-orange-red-purple-blue sunset over the Pacific, with the backdrop of the pretty lights of the pier announcing darkness.

The following morning we visited Venice beach, AKA Muscle Beach, nicknamed after the hordes of gym lads doing press and pull ups on the equipment, much to the fascination of the watching crowds. Tearing our eyes away from the abs and pecs we sauntered along the boardwalk past expensive and architecturally bizarre beachfront houses, skateboarders on ramps and market stalls selling everything from fish tacos to novelty thongs.

On the foothills of Hollywood, we started a three hour hike along red dusty trails up to the iconic nine white letters that can be seen from miles around (and recognised the world over). Although the photo-ops with the letters were a must, the views was frustratingly clouded over by another of LA’s undesirables: the thick smog, hiding much of downtown. In Hollywood Boulevard and tried to spot celebrities both real and fictional on the red marbled stars dotted along the pavement (Kermit the Frog was a personal highlight).

A visit to LA wouldn’t be complete without a stop at the mouth-watering In-n-Out burger chain, so on the way out we grabbed a very dirty animal fries, a greasy ‘double-down’ burger and a so-thick-it-doesn’t-fit-up-your-straw milkshake, American food done perfect! For the night we shifted over to Lancaster, a 2 hour drive, and watched another beautiful sunset over the neighbouring mountains on the roof of the RV.

Day 3: After an early wake up, we made another ‘short’ hop to Six Flags Magic Mountain, a theme park on the northern boundaries of LA. Having heard big things about the park we had big expectations (enough to have footed the $80 entry fee) but were still absolutely blown away.

The rollercoasters themselves were exceptional, with huge drops, loops and twists (and great views from the top if you were brave enough to keep your eyes open) but it was also the sheer absence of queues that made the day, until our voices went hoarse and our brains were frazzled. The two hour to Santa Monica was a breeze in comparison.

Day 4: After a brekkie of thick pancakes and maple syrup we walked back over to the Santa Monica beach with the British tourist starter pack: deck chairs, vests and a ‘soccer’ ball. There was just one thing missing – suncream – and after a few hours frolicking in the clear blue, uncrowded waters and watching dolphins leap around in the bay, we started to all turn a curious shade of crimson, perfecto.

Hurrying back to the RV park to don t-shirts we set out to the town centre, strolling past the ‘funkzone’ of wineries and microbreweries, upmarket clothing stores and posh eateries.

Santa Barbara was everything LA wasn’t: quiet and peaceful with the residents living at a leisurely pace, it had a Mediterranean feel to it. Fish tacos for dinner, standard beach sunset and the sky a myriad of colours over the palm tree lined beachfront.

We set off North on the Pacific coast highway, leaving Santa Barbara behind, the route hugging the coast, offering great views of the sea.

After stopping off at the Hearst Ranch diner for some of the best burgers we’d ever had and a short walk to the nearby pier where we were met with some very tame sunbathing squirrels and huge fronds of kelp and its seaweed hiding seals, the journey continued to Big Sur, the road rising and falling, often hugging the cliffs precariously, at other times rising above the low-lying clouds, giving the impression of being in an aeroplane.

Stopping to appreciate the beauty of the cliffs and sea far below, especially Mcway falls where a stream fell 80ft down onto the white beach below, the sheer scale of the cliffs meant that it was impossible to reach the beach except by boat, so the falls stay pristine and relatively unexplored, only viewable from an accessible boardwalk higher up.

Pfeiffer Big Sur State Park campground allowed us to park deep in the forestry area surrounded by towering redwood trees. After a game of ultimate frisbee on the baseball diamond in the woods, a wander revealed a sun dappled creek and the biggest tree in the park, the Colonial – 250ft high with a trunk three times as wide as the RV. Stargazing at the wide expansestrewn across the sky, framed by the tall trees, was a must. A special day.

Another long drive up to San Francisco, crossing the Bixby bridge, featured in many a car advert and spanning 714 ft. Then through Carmel, Monterey (great for whale watching) and Santa Cruz (surf city) before approaching San Francisco and its European-esque architecture built upon the undulating hills.

Continuing out the other side of the city, two of San Francisco’s most famous sights greeted us: the red steel Golden Gate Bridge and the ex-prison island of Alcatraz, shrouded in another of SFs infamities, the dense fog.

It was an ‘out out’ night and Club X ended up as our club of choice, its multiple rooms catering for a range of tastes, with decent priced alcohol. There was even a ‘best-dressed’ dance off on stage to entertain the crowd.

Feeling slightly worse for wear, first stop was Twin Peaks, rising out of the centre and dividing the city north and South. It’s a short five minute steep hike to the top of either peak for 360 degree views of the surrounding city, if the fog wasn’t doing its utmost to hide the metropolis below and its blue bays.

Descending back to near sea level we checked out Union Square, bordered by high end designer stores including the immense Macy’s. Just round the corner was a tram stop to take us down to Fisherman’s Wharf and we boarded the old style railcars, up and down the steep inclines and declines that typify the tree-lined roads.

Fisherman’s Wharf was a working harbour with fishing boats dotted around on the calm sea but inland was a sprawl of souvenir shops and seafood eateries along the front and pelicans flying past. 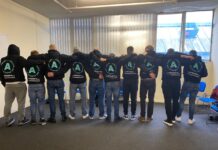 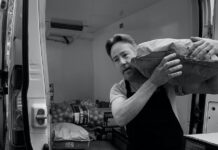 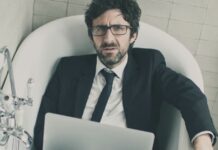