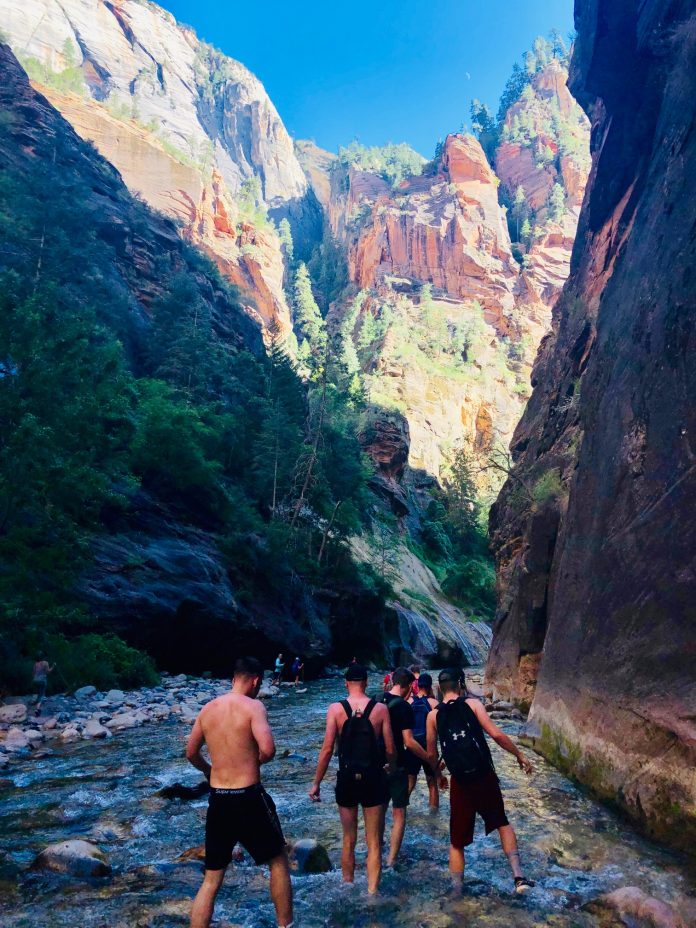 We were departing California, heading into the less visited south western states, and looking forward to a culture change. Our itinerary was chock-a-block as there was so much to see so, we weren’t staying anywhere for more than a day, with the exception of Vegas

READ PART I OF THE AMERICAN ROAD TRIP HERE: https://www.oxinabox.co.uk/travel-the-wild-west-seven-mates-one-rv-3100-miles-six-states-and-the-american-road-trip-of-a-life-time-part-one/

Continuing east, leaving behind the high altitude greenery of Tahoe and Yosemite and swapping it for endless browns and reds of the dessert, such a limited colour palette produced some amazing sights.

chains were bolted to the sides of cliffs with stomach turning drops either side, but we’d come this far….

We also left behind the realm of normal temperature, with only swimming pools and intense air-con able to keep the air remotely bearable. We were in for a shock…

Heading East we climbed up to the dizzying Tioga Pass via Tuolumne Meadows, the highest point of the whole trip at 9943ft, we then began the journey to Las Vegas, dropping down onto the 395 before turning off and entering the hottest place on earth, Death Valley National Park.

Driving in 47C heat, with the windows open was like a turning on a set of huge hairdryers. Guzzling water like fish, and sweating it right back out again, leaving the RV was akin to entering the world’s biggest sauna.

Once we got used to the heat, we started to admire the desolate scenery around us and admire the hardy folk brave enough to call this place home. Getting deeper into the heart of the park, we descended to the lowest point in all of North America at 200ft below sea level, driving across a barren salt flat that recorded a temperature of 57oC in 1913.

It was crazy to think that just a few hours before we had been amid snow covered peaks, and had since come down over 10,000ft to a completely different world.

Stopping off at Stovepipe Wells, we roamed over the Mesquite sand dunes, made famous by providing the backdrop to filming R2D2 and C3PO getting lost in the Star Wars movies. The beautiful, elegant sand mountains stretched out into the distance.

Continuing out of the park, another hour went by driving through arid terrain until we rounded a bend and the sprawling metropolis of Las Vegas greeted us, just a black shimmer on the horizon. It was still afternoon, so the Neon City was still slumbering but it wasn’t long before a million lights would be turned on against the darkness.

As night fell we pulled into the ‘Oasis RV park’ and got ready to get caught up in the Vegas action, drawn like moths to its flame.

We taxied to the ‘Strip’ via Paris, New York, Egypt, Italy, Venice. We got out near the Bellagio and witnessed the amazing water display, before wandering around the eccentrically designed hotels that cropped up around every corner. I was expecting Vegas to be tacky and gawdy but I was impressed by the brilliance of it all in the heart of the desert.

Wanting to cash our chips in for real we headed to the ‘Mirage’ and tried our luck at betting, sitting down at blackjack tables in the sea of slot machines. After losing twice in quick succession I thought it probably wasn’t for me but some of my friends were hooked and lost fairly large sums of money – a rite of passage in Vegas.

And so we spent several days watching shows, night-clubbing and losing more money at the gambling tables. The drinks weren’t chap mind, one round of 2 beers and 2 shots of vodka coming to $66!!!

At night, as the city woke back up the group split. For some, Vegas had proved too great an adversary but for the few still with a glimmer of hope in the eye there was to be was to be one last showdown. Heading back into the lion’s den After reading up Black Jack rules during the day, my friend was confident this was his moment. He won his losses back, but one of the deadly sins (greed) persuaded him to keep going, and of course he lost.

An expensive place, but a favourite stop, so worth the hope, the excitement and the financial pain.

Another rather more impressive feat of engineering AKA the Hoover dam, holds back the largest reservoir in the USA, 3,360,000 cubic metres of concrete piled 221 metres high to create a lake 640km in area that generates power, agricultural irrigation and water for significant parts of Nevada, Arizona and California. Built in 1936 during the great depression, it generated huge numbers of important jobs before it generated any power.

We parked on the Arizona side and ambled down to the crest of the dam, past the Arizona overflow gate, said to be able to cope with river flow equalling that of the Niagara Falls. Used only once, during a period of extremely high water in 1983, those levels still show themselves as white stains on the valley cliffs upstream.

On the crest of the dam, the sheer magnitude of construction is evident, with the dam dropping far below to the boiling, chaotic outflow of the Colorado river downstream, and holding back a vast body of water that disappeared around the bend upstream. For such a functional piece of construction, it decked out in a pleasing art deco style, with sculpted turrets and elegant floor mosaics. It was also a shirt-drenching 41oC.

We headed back through Vegas on our way north east, crossing over 300km into Utah through immensely wide valleys with smooth Mesa’s near the road, before the valley walls gradually narrowed and we found ourselves deep within canyons, the rock layers within the walls evident to see

Towers of huge red and orange rocks surrounding us on three sides, peaked with white at the top like the desert’s answer to snow capped mountains. Mere metres in front of the RV was a small river with deserty scrub and cacti on the banks opposite. Eager to get out exploring I roused the rest and we set off to the shuttle bus stop, another free and frequent bus service operated by the Zion National Park service.

First stop was the Lower Emerald Pools hike, a short 1 mile walk to an oasis of waterfalls cascading and sliding down the overhanging rock, producing a rare wet microclimate in the otherwise dry arid park, home to frogs and snakes which slithered around in the pools below.

At the bus terminus we hopped off and began a walk up the ‘wilderness trail’, an accessible walk following the river floodplain upstream. The track abruptly ended at the river itself and we pressed on as everyone else does into ‘ The Narrows’, a trail composed of river bed stones as the canyon walls press in on both sides. The cold refreshing water and shadowed canyon was a world away from the hot dry 38C climate back in the open, so we made the most of it. Returning to the RV, we just caught the sunset catching the tops of the great mounds, then ate outside with the chattering stream for company.

This was an early one, waking up for 5am to get ready for Zion National Park’s greatest hike: Angel’s Landing, that would take us to the top of a tall rock outcrop at 1500ft, uncomfortable in the midday sun, hence the early hour. We entered the park at 5.55am and joined the back of an already large queue waiting for the first shuttle bus to the start of the hike. By the skin of our teeth we managed to get the first bus, anyone behind us being forced to wait for the next. This was something we really appreciated later on.

By 6.20am, before the sun had even risen, we had begun the ‘strenuous’ 5.4km hike up, starting with a series of steady uphill switchbacks, before levelling out to a plateau called Scouts Lookout. We appreciated the sunrise over the colourful cliffs and looked down on Peregrine Falcons circling below on the air currents, hundreds of feet up.

Proceeding to the difficult section of the hike, chains were bolted to the sides of cliffs with stomach turning drops either side, but we’d come this far. 30 minutes of scrambling later we found ourselves high above the valley floor on the top of the outcrop, rewarded with even better breath-taking panoramic views. Because we had made the first bus and the sun hadn’t heated the air, it was relatively serene up high with just a few people and chipmunks for company. Scrambling down, by 7.30am the pass was getting increasingly crowded. The early start, although regrettable at the time, was well worth it and Angel’s Landing didn’t disappoint with its physical exertion, epic adventure and views to remember. Hat’s off to the ranger that was bonkers enough to open and develop the trail.

On the way out the park, we passed through the Zion-Mount Carmel tunnel and left the characteristic colourful cliffs of Zion behind as the ground began to make way for prairie land and we left Utah for Arizona.

Next on the agenda was a visit to Horseshoe Bend which many believe is part of Grand Canyon but is actually part of the smaller Glen Canyon, the Colorado river flowing in from the right in a horseshoe shape, before disappearing off to the left, leaving this geological wonder 1000ft deep, a blue ribbon cutting through brown rock, fringed by a bright green border of vegetation not found up on the bare Kaibab Plateau.

Then Lower Antelope Canyon, a narrow slot canyon formed through air and water erosion over millions of years. We were taken on an eyebrow-raisingly costly tour. Unlike ‘The Narrows’ this was very close-quartered with the sky visible no more than a dozen metres above and both walls within touching distance. Flash floods had sculpted beautiful flowing rock shapes and the light catching each turn producing various shades of red, orange and brown. At some points sand spilled over the top and filtered to our feet, making the experience even more magical.

Our final sight of the day was the grandest canyon of the all, and two hours later we pulled up at Desert View Watchtower, catching the last of the summer rays. highlighting perhaps the most monumental attraction in the whole of the United States, a 10 mile wide, mile deep scar engraved into the heart of Arizona. At a geologically sprightly 2 million years old, the Grand Canyon formation happened in the ‘recent past’, eroding the rock at a width of a piece of paper every year. Either way, the views were profound, and we stared out over the horizon until the night blanketed us in darkness.

After waking in our RV park at Mather Campground, we went to nearby Mather Point and gazed at the immensity of the Grand Canyon once more, even more spectacular in the bright sunshine. After the classic ‘Help, I’m falling’ poses and ‘plan-dids’, the clouds began spitting water at us, the first time it had rained since I’d got here. Heading west along the rim trail, we followed the winding path on the lip of the canyon until we came to Hermits Rest at the end, the end of our day long hike. 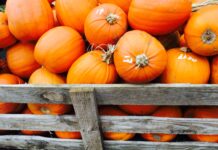 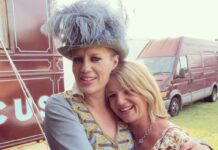 “I just miss her.” Clover Stroud on motherhood, grief, books, appearing at TAL, and life after Nell 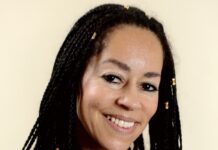 “I never regretted giving up my career to have children.” Kadiatu Kanneh-Mason on motherhood, music, her new book and the royal wedding