Home See Classical There’s a lot of singing going on this weekend with choirs and...
Facebook
Twitter
WhatsApp 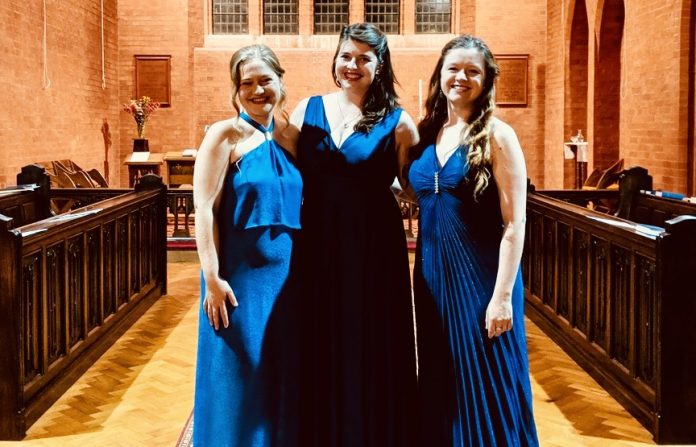 Academy of Ancient Music/Choir of The Queen’s College

GILBERT & SULLIVAN: THE YEOMEN OF THE GUARD

Trevor Cowlett conducts a concert performance of Gilbert & Sullivan’s tale of love, loss and deception set in the Tower of London in the 16th century. The only one of the Savoy canon without a ‘happy ever after’ ending, it is nevertheless full of humour, with Gilbert’s trademark wit, and the score is one of Sullivan’s finest. There will be a collection after this performance for Abingdon Baptist Church Development Project and Abingdon Carousel Children’s Centre.

Tickets: On the door

Famously neither small nor solemn, this glorious work is full of the dramatic intensity of the operas for which Rossini is best known. With Georgina Malcolm (soprano), Serenna Wagner (alto), Peter Willis (tenor), Will Orr (bass), Maureen Cooper (piano) and the Headington Singers Wind Quintet, conducted by Sally Mears.

Duncan Aspden conducts a concert of old favourites and new discoveries, as well as audience singalongs, on the theme of angels, heaven and peace on earth. Mulled wine and mince pies will be available during the interval.

Commotio, one of Oxford’s most unusual and adventurous choirs, finishes its 20th anniversary year with a selection of little-known Christmas and Advent music from the last 90 years. This includes Christ’s Nativity, written by a 17-year-old Benjamin Britten in 1931, along with rarely-performed works by Peter Inness, Peter Maxwell Davies, Bernard Rose, Michael Tippett and Cecilia McDowall. Conducted by Matthew Berry.

Three sopranos – Katie Blackwell, Megan Strachan and Olivia Bell – formed Sorelle Singers earlier this year after touring Oxfordshire together with Opera Anywhere. Now they are putting on a concert that changes the traditional view of women in opera as lovesick, weak or tragic and celebrates their strengths. Some Enchanted Evening focuses on witchcraft and magic with a repertoire that ranges from Mozart’s The Magic Flute, Purcell’s Dido and Aeneas and Humperdinck’s Hansel and Gretel to Sondheim’s Into the Woods and Schwartz’s Wicked.

Tickets are selling fast for this concert, which includes Dvorak’s String Quintet No.3 in E flat major Op.97, written during the summer of 1893 while in Spillville, Iowa. It was scored for an extra viola and, like the American String Quartet that preceded it, was inspired by the tribal dances of a group of Native Americans who visited Spillville during Dvorak’s stay. With Martyn Jackson (violin), Jenny Sacha (violin), Chris Windass (viola), Vanessa McNaught (viola) and Jane Fenton (cello).

ELGAR: THE DREAM OF GERONTIUS

Benjamin Nicholas conducts Elgar’s monumental and ground-breaking work, a setting of John Henry Newman’s poem that follows the journey of a man’s soul from deathbed to the afterlife and the judgement of God.