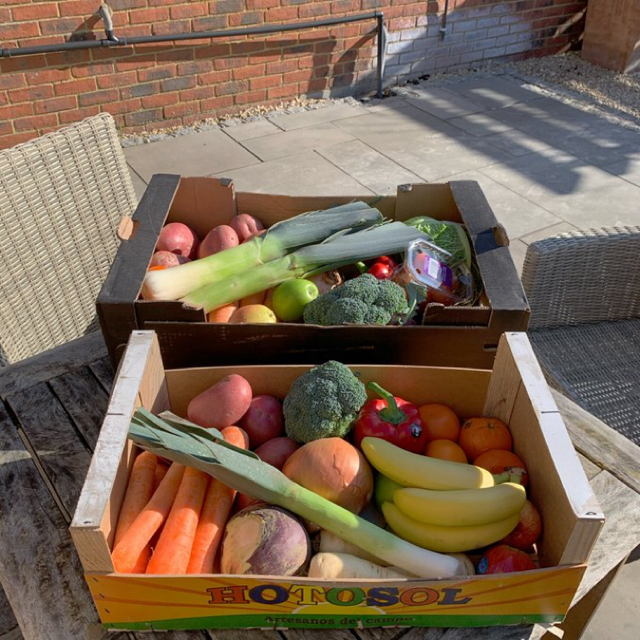 The phone has been ringing non stop when I talk to Matt Williams, head chef at The Star in Sparsholt, so I’m lucky to catch him.

Frantically taking orders for the pub’s new takeaway service, roast offering, and daily veg and meat box deliveries, the pub is as busy as ever.

“We had 85 for Sunday lunch,” Matt says proudly, “without one single person in the dining room, which was quite weird and surreal,” he laughs, “so while it’s a steep learning curve, it’s really taken us by surprise.”

The Star primarily stayed open to support the local community and its local suppliers, but Thas since found that the arrangement works both ways.

“The last thing we wanted to do is shut the pub,” Matt says. “The Star is the only pub in the village, and the surrounding villages, and there is quite an elderly population here with very limited access to shops or facilities.

“Lots of them are choosing to self isolate so we thought we would offer them a helping hand in the form of a local delivery or takeaway service – you know curries, burgers, Sunday roast, that sort of thing. And it’s gone really crazy in the last week, since the government announced all the closures.”

At first of course The Star, like everyone else, was aghast at the thought of closing up: “I came in to work last Tuesday and every call was about cancelling tables and bookings. We didn’t now what to do, so decided to offer a takeaway and box delivery service and see how it went,” Matt says. “That way we could help our local suppliers as well as the locals.

The result is a daily veg and meat box, pre-ordered the day before, and the takeaway/delivery menu which runs from Thursday to Sunday offering hot, chilled or frozen meals, which was an instant success. The menu will change weekly, so there will always be something new to choose from.

Judging from this week’s menu which includes a Thai green chicken curry, chicken tikka masala, fish pie, beef stew with dumplings, cottage pie and a veg and superfood sag aloo, plus crumble or cheesecake, and it’s easy to see why!

Throw in the £13 a head Sunday roast (beef or chicken with all the trimmings) and the pub was immediately onto a winner.

So how did Matt know what people wanted?

“We also asked around and this is what they asked for. Initially we started it just to see if people would be interested and if it would take off, and now it’s hard to keep up,” Matt smiles.

So does he mind this change in his food’s delivery? “Not at all. I love a challenge – I think all chefs do – and am always keen on pushing myself. And while we are trying to support the locals, they are supporting us back. Besides, I couldn’t bear the thought of sitting at home doing nothing.”

Matt, 32, has been head chef at The Star for the past six years, turning it into one of Oxford’s best gastropubs in the meantime. So will it be enough to keep The Star open until this is all over and it can reopen properly? “So far,” Matt says tentatively, “if the phone keeps ringing yes.”

And will The Star look at offering a full time takeaway service going forward? “We’ll see. It’s working so well at the moment, but we will still want people coming in for a drink and a bite to eat so we will reassess as and when. In the meantime it’s working, so we are happy with that.”

And with that Matt is off to answer the ever ringing phone and get ready for another week of takeaways and orders. 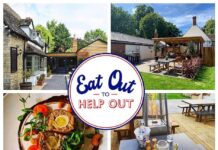 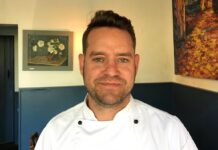 REVIEW: The Punter – Does Oxford’s newest vegetarian and vegan gastropub hit the spot? 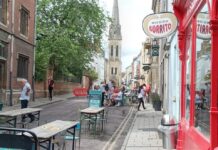 Cafe culture arrives in Oxford city centre as St Michael’s Street is pedestrianised. But will it be permanent?