Restaurants, pubs and cafes in Oxfordshire are still reeling from news of the Tier 2 Christmas guidelines set out by the government today which means that friends and family cannot eat out indoors together over the festive season.

Hundreds of reservations have been cancelled already since this morning’s announcement and the local hospitality industry is in despair.

The few lucky ones with outdoor/indoor dining areas have been inundated with bookings already with Baz at The White Hart in Wytham reporting that he’d taken 27 reservations (138 covers) for its pods and Observatory for December in the last 2 hours. “I can’t keep up with the emails or phone messages,” he says.

However, for the majority it’s a bleak picture, especially for our non-foodie pubs and bars, the rule being that they can only open or serve alcohol alongside ‘substantial meals’.

“Without trade at Christmas and further government support the outlook is bleak for our otherwise viable and successful businesses.”

Kay Chandler from The White Hart in Fyfield said: “I have lost half my Christmas Day bookings in 24 hours. We are devastated that we are now going to have to call about 80% of our guests and cancel their Christmas reservations. Capacity has gone from 80 to about 30 in one fell swoop!

Luckily the Fyfield pub has just installed a heated Winter Orangery but Kay adds: “The 5 day window is fantastic news for families who want to get together. However, it is such a shame that families can only meet at home, rather than in restaurants, who have worked so very hard to create Covid-safe environments.

Catriona Galbraith of The Greyhound in Letcombe Regis said: “We are devastated about this. It’s the worst and most unexpected news regarding COVID I think so far. I was so confident we’d be in Tier 1 in the Vale of White Horse whose infection rate profile is SO different from Oxford city.

“WE ARE DEVASTATED ABOUT THIS. IT’S THE WORST AND MOST UNEXPECTED NEWS REGARDING COVID SO FAR”

“We have been getting cancellations all day from the bookings we did have during December as people’s plans to get together with friends they had not seen for weeks are scuppered.

“How many people are really going to want to sit outside in December or eat out with the family they’ve been cooped up with for the last month? Hopefully some! But now our market has shrunk so much that we may struggle to make a profit even in December.”

Justine Rosser of The Crown in Woodstock, The Anchor in North Oxford and The Duke of Cambridge in Little Clarendon Street says: “It’s another heavy blow for our industry.

But she has been planning for this outcome and hoping to take trade outdoors to keep serving their customers safety over Christmas. “The council seems to have agreed to some weekend evening street closure in Little Clarendon Street and we have teamed up with some brilliant local street vendors to serve up substantial meals with our cocktails inside and outside at The Duke of Cambridge.”

“it’s ludicrous. How can the London underground be in the same tier as a rural village pub following strict social distancing guidelines?”

Sebastian Evans of The Black Horse in Standlake said.”Today’s news is extremely frustrating and disappointing. Again, the government has made a devastating announcement today without providing any guidelines and/or information on what these rules actually mean. What is classed as substantial? How long can guests stay after having said meal? Without this, there is inevitably going to be confusion and frustration between customers and staff.

“Fortunately, we have a large covered and heated patio area, which will allow friends to meet following the ‘rule of six’ – though only when having a substantial meal – but like all pubs, Christmas is one of the most important parts of the year for us at The Black Horse and we’ve already had numerous Christmas cancellations today.

“The lack of information released with todays news is a real concern. Without trade at Christmas and further government support the outlook is bleak for otherwise a viable and successful businesses.

“We do not intend to lay down or roll over, with true British pluck and gusto, we will find a solution and we will prevail”

“Having invested huge sums to make our pub as ‘COVID-SAFE’ as possible, to put 98% of businesses like ours in tier 2 and 3 is ludicrous. How can the London underground be in the same tier as a rural village pub following strict social distancing guidelines?” Seb asks?

“we must face reality, Christmas is written off”

Lucie Ellis from The Milkshed in Weston-On-The Green says: “I’m absolutely gutted about the Tier 2 restrictions, and feel so devastated for everyone in our industry who have gone to such huge lengths this year to pull through, and now yet another blow.

“For us at The Milk Shed, the lead up to Christmas is always one of our busiest and most fun times of the year; we would usually be holding weekly evening pop ups and be full to the rafters during December.

“Still, like everyone, we will keep pressing on! We are due to have our click and collect take away operation up and running soon, we can still seat single household groups inside, and we are lucky to have a large outside area.

“We will be reopening on Wednesday for eat in, eat outside, or takeaway, our tree will be up, all the fairy lights twinkling away, the mulled wine brewing, and Christmas music blaring out! I am determined to make the best of it and have a super festive few weeks before Christmas.”

Ed Whinney from The White Rabbit in Oxford had a similarly positive message: “We are so relieved to be opening again! Our staff have been going bananas and it is great to be able to put in orders again with our suppliers. We are so lucky that we have a large heated outdoor area so that our customers from different households can still be comfortable and compliant with these Tier 2 restrictions. The later closing time of 11pm with last service at 10pm will also make a big difference as it will open up the second evening sitting again. We still have a lot to deal with to make sure that we don’t fall foul of the rules and still provide a great service, but overall it will just be good to open up the doors again.”

Chris Price, owner of Waterfront Café in Benson says:: “Covid-19 has been such a challenge for the hospitality industry this year. We, like other businesses, had to close the restaurant for months which was hard to see particularly during spring and summer when we are naturally busiest. However, we’re really lucky to have such a vast outside covered decking area so, going into Tier 2, so customers will be able to dine outside with friends or family (as per gov guidelines).

Tess Taylor of Tap Social in Botley says: “Obviously it’s a really difficult time and Tier 2 presents a major challenge for us as we don’t have our own kitchen on site. However we’ve always worked with a huge range of brilliant food trucks and plan to continue to do so throughout December.

“However the lack of clarity on the guidance is definitely frustrating. We’d appreciate substantially more information on the specifics of these rules within the hospitality industry so that it wasn’t left up to interpretation by each business.”

But those without outdoor facilities will struggle as Chris Mulhall from the new Plough at 38 in Oxford confirms: “Last year December 2019 was by some margin our biggest income month and allowed us to push through January and February 2020 where trade was low.

“It is clear and simple that this disproportionate attack on hospitality is discrimination, especially given the published transmission rates in hospitality venues only accounting for 3% of all covid cases.

“The real blow here, on top of those customers excluded because they don’t want a substantial meal, is the fact that only a single household can come and dine, so no Christmas parties”

“Christmas 2020 is now lost not least because 60% of our turnover is wet and 40% food, so we have to turn this on its head and attract a greater proportion of diners that originally may have just had a drink.

“The real blow here is that only a single household can come and dine, so no Christmas parties. This is a massive blow.

“However this select few are an amazing lot, and they will get the best attention and customer service and we will spoil them rotten at The Plough at 38. We do not intend to lay down or roll over, with true British pluck and gusto, I will find a solution and we will prevail.

“But we must face reality, Christmas is written off, and I have no idea how many staff I will be able to give good news to this Christmas. Furlough still costs us money we don’t have and with no income in November and maximum outgoings its going to be the toughest of winters and already we are starting from the lowest point.

“I do wish everybody in Oxford’s relatively small hospitality fraternity the greatest of success and best wishes. They are a great resilient group and Oxfordshire is very lucky to have them. I personally will be visiting them all in 2021, best wishes and good luck.” 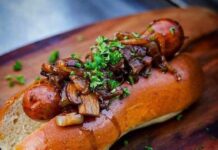 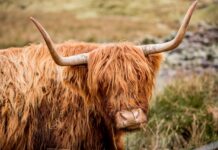