The Pitt Rivers Museum in Oxford is one of six museums and galleries across England who have joined together to celebrate the essential work of security staff during lockdown.

The Caretakers invites you inside these UK museums in the last month of lockdown. Your hosts are those who have been caring for the collections in our absence.

Delivered by contemporary artist Eloise Moody, and supported by arts organisation Metal – each episode will be broadcast daily via social media.

Artist Eloise Moody conceived the idea for The Caretakers as a way to give voice to workers whose knowledge of museum collections and cultural buildings often goes unheard.

She has been working closely with them to create the audio and to shape it into the series which you can now hear.

“I knew that this project had all the ingredients to be good,” she says, “but I couldn’t know it would be quite so special. Through the eyes of these Caretakers, we are allowed a rare glimpse, not just into the closed museum spaces, and the quiet collections, but into the lives and reflections of the people who find themselves often the sole inhabitants of these usually thriving places.”

“Each piece feels intimate and personal – a gift,” she adds. “You want to listen carefully because you might never get this chance again. What they say is beautiful and interesting and moving and funny.

“But you can also hear each person thinking, you can hear them sigh and you can hear them laugh as they share their thoughts with you while they go on their patrols, as they sit in chairs they’ve never tried before or as they find themselves in grand echoey rooms all alone.

“The Caretakers’ allow us to perch invisibly on their shoulders, seeing what takes their interest and noticing what they stop to consider. We are granted a personal tour offering fresh perspectives on suspended collections.”

Each episode centres on one object, chosen and narrated by a member of a security or maintenance team, offering a reimagined take on the traditional curator-led tour format, with diligence, passion and deep commitment to our heritage.

The provenance of objects in the series will be revealed the day after the audio recording is released to encourage an alternative and more contemplative approach to engaging with culture.

Listeners are encouraged to create and submit their own creative responses to the collections featured, to generate an online gallery of reimagined treasures, created by the public – @caretakertales.

Andrea Cunningham, Assistant Director at Metal Southend, said: “One of Metal’s chief aims is to support artists in strengthening their practice and amplifying their voices. The Caretakers project, conceived by artist Eloise Moody, is a powerful opportunity to amplify those marginalised voices working in the cultural sector in a beautiful and intriguing way at a moment in history that is reframing all our thinking.”

The University of Oxford’s Pitt Rivers Museum is one of the finest archaeological and ethnographic teaching museums in the world.

Founded in 1884, when General Pitt Rivers, an influential figure in the development of archaeology and evolutionary anthropology, donated his collection of more than 27,000 objects to the University of Oxford, it now stewards over 550,000 objects.

These collections of historical, social and ritual significance are of an extraordinary range and depth, including great works of art, invention and design from around the world. The Museum carries out world-leading conservation and research and welcomes half a million visitors each year.

The audio recordings will be released daily on Twitter via @MetalCultureUK 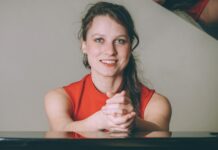 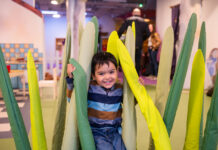