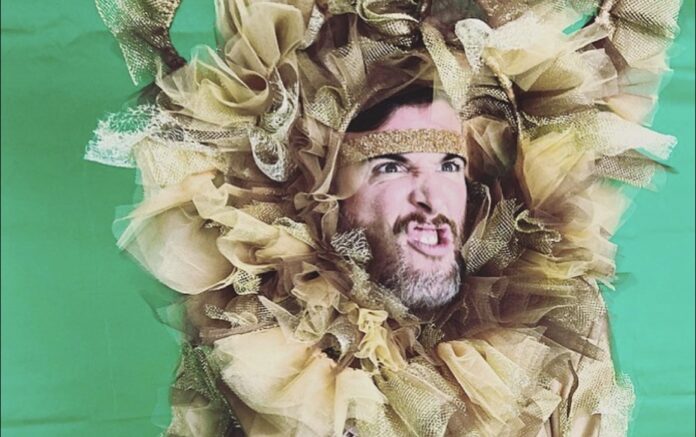 Creation Theatre has come up with another blinder of a show for you to enjoy this Christmas – a surreal and anarchic live digital adaptation of L. Frank Baum’s The Wonderful Wizard of Oz.

So while you can expect all the wonderful storytelling, songs, magic and togetherness that the Oxford’s theatre company’s Christmas shows are traditionally known for, you can also watch it with loved ones around the country and the world.

Escape to the magical Emerald land where Scarecrow, Lion and Tin Man work together to get Dorothy back home.

“CREATION HAS REALLY GOT THE BIT BETWEEN THEIR TEETH. THEY ARE GENUINELY ENTHUSED WITH THE POSSIBILITIES VIRTUAL THEATRE OFFERS AND WANT TO EXPLORE IT ALL”

The 28 planned shows will be performed LIVE online in real time from December 19 – January 3.

Usually staged at the North Wall, Creation’s annual Christmas adaption will continue its winning streak of digital shows which have received rave reviews globally this year.

So what can we expect? Simon Yadoo, who plays the Lion, is gearing up for the visual feast, with great excitement, as the eight-strong cast prepare to dazzle us, including a guest appearance by ‘Le Gateau Chocolat’ as the Good Witch, and Oxford School Of Drama graduate Chloe Lemonius as Dorothy.

Having performed in Creation’s Christmas Carol in 2017 and Snow White in 2016 at the North Wall, he is already a massive Creation fan.

“I always covet the Creation productions, especially at the moment when their work has been so incredible virtually,” he says. “They are so agile and innovative, so it’s great to come back into the fold. And because I know the team and the company I know how it works,” he agrees.

“Creation has really got the bit between their teeth. They are genuinely enthused with the possibilities virtual theatre offers and wants to explore it all.”

So is he nervous about the digital element? “That’s a whole new kettle of fish,” he laughs, “but I’m a fast learner and I’m getting the hang of it.

“TO BRING PEOPLE SOMETHING NEW IN 2020, AND STILL BE ABLE TO MAKE WORK FOR EVERYONE FROM GRANDPARENTS TO MY YOUNG DAUGHTER, IS REALLY INSPIRING”

“I also find it really exciting. It’s like learning a new language. Doing a Zoom show throws up so many new possibilities and the potential to learn new tricks. It’s been a real learning curve because there are so many new things to think about, so it’s been fascinating so far.

“Doing something this unique and contemporary is really exciting. It’s great to be adapting to the current situation in a way that can continue long after the pandemic, to do things differently with some new tools.

“To bring people something new in 2020, and still be able to make work for everyone from grandparents to my young daughter, is really inspiring,” he adds.

Based on the original book by L. Frank Baum rather than the film, Creation’s Wizard Of Oz is, predictably not what you’d expect. “It’s placed very much in a world that we can relate to in 2020 and sympathises with what we have all been going through. It’s about all the good things – the importance of kindness and looking after each other. It’s very prescient,” Simon explains.

“And the Lion fits right in, and we find him right at the start of his journey where he needs to challenge himself to find and resolve everything.

Thanks to the wizardry of director and adaptor Gari Jones, and costume and set designer Ryan Dawson Laight, there are some really exciting elements to look forward to: “It’s so much fun. We even find ourselves in an arcade video game at one point.”

As for the dancing and singing, Simon says that the movement and music directors help him with “a full and generous rehearsal process.”

“I find it a little challenging,” he smiles, “but the singing and dancing is a massive part of the show, so I’m practising hard in my kitchen.”

“I’m just delighted they have found a place for me in this production. It will be so nice to be performing again. And it really feels like we are making something really unique together.”

To book Creation’s Wizard Of Oz, running from 19 Dec 20 – 3 Jan 21 with
2pm & 7pm performances click on our Creation banner at the top of the website.