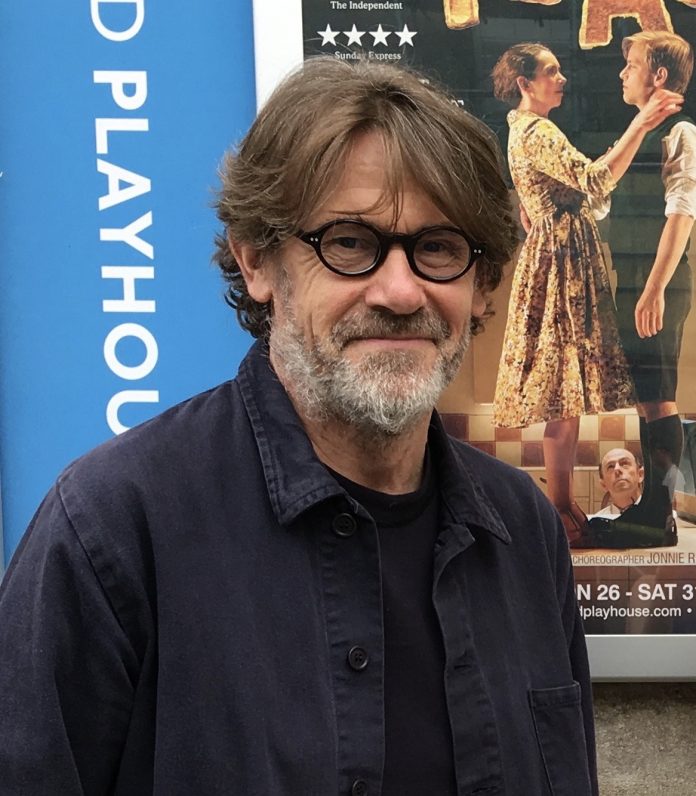 Nigel Slater loves writing lists, has done since he was a child. As a boy he would write down his father’s breakfast menu and present it to him every morning: “You know; Cornflakes, grapefruit, that sort of thing,” he laughs at the memory.

This writing of lists and chronicling his own life through food has served him well. It helped land his column at The Observer 26 years ago, because having always written down what he ate every day, it translated well into recipes.

“the one person I didn’t give them free licence with was my mother. I knew how she had to be. She was quiet and undemonstrative. I don’t want to say timid, but they had to get her right. And they have. They have done everyone justice. It’s been very cathartic.”

People liked his chatty, simple and unpretentious style. His ideas were fresh, seasonal, delicious and inspirational, but more importantly easy. No longer were we expected to cook Cordon Bleu style food. Instead, Nigel encouraged us to peer in the fridge, grab that bit of cheese and the apple in the fruit bowl, and get cracking.

His cookbooks followed. Real Fast Food was the first; I still have mine, yellowed with age, the script tiny, covered in blobs of curry paste and oil, and I still use it.

More followed, each widely acclaimed. I have them all. We all do. Then TV, a natural progression, as we fell for the calm, encouraging, slight bespectacled man who entreated us to cook.

But then came Toast, and everything changed, because this wasn’t like cooking with an old friend, it wasn’t even a cookbook, it was an autobiography. Neither was it chummy and chatty. This wasn’t the Nigel we knew and loved. This was confessional, uncomfortable, intimate, sad, and it was his personal story.

An instant best-seller, Nigel Slater had inadvertently re-invented himself. “It didn’t feel like that, the 61 year-old tells me. And in some ways absolutely nothing has changed because I still do nearly everything myself.

“Yes I have several different hats, but it’s the continuity I like. It’s part of who I am and what I do. I love it, I really do.”

He is a gentle man. Comfortable in his own skin, a good listener, measured. He thinks before he answers and replies in full. He is a pro but he isn’t spoiled by fame, he is still very relatable, tangible. Perhaps why that’s why he has surfed the endless food fads of the last few decades and is still here, ahead of the game.

“It is extraordinary, because it’s not as if I’m Queen Victoria. So to have the story of my life being played out on stages around the country is hard to compute sometimes,” Nigel concedes.

Ah yes, not only was Toast an instant best-seller, but it was turned into a film starring Helena Bonham Carter and Freddie Highmore, a West End show, and now a tour. You can catch it at Oxford Playhouse until Saturday.

Quite a journey then. So does he mind all these people endlessly feeding off his own childhood?

“I can’t tell you how many letters I’ve had from people saying ‘that was me, that was my childhood too’, ‘this is my story as well.’ So it wasn’t just me who’s mother died, or who had to adapt to a new step-parent or grow up in the middle of nowhere. And I didn’t realise that when I wrote Toast. It’s something I’ve come to realise much more recently.”

But then Toast is about more than Nigel Slater. Yes it features him as a child, but’s it’s also about loss, grief, growing up, nostalgia and of course our association with food, and that’s what makes it so relatable.

“It is personal yes, and I actually stopped writing the book three-quarters of the way through because of that. But my publisher persuaded me to finish it.’

“But with the play I didn’t want it to be gritty. I wanted it to have a heart and soul, a bit of fun, as well as a mix of emotions, so that you will laugh and cry.

“In fact I wasn’t interested at all in the idea until I read Henry Filoux-Bennett’s script and realised he had already second guessed me, because he knew it had to be about food more than anything, and as a result it is funny and rather lovely, and it zips along with a really infectious energy.

“So I never worried about how Toast would be received on stage because I knew it was in the best hands. I had to trust them.

As for his nemesis, Nigel says: “Giles who plays me uses lots of my body language without knowing what I was like. He spends a lot of time on his knees which I did, and the way he holds his hands. It’s amazing to watch.

“But the one person I didn’t give them free licence with was my mother. I knew how she had to be. She was quiet and undemonstrative. I don’t want to say timid, but they had to get her right. And they have. They have done everyone justice. It’s been very cathartic.”

The stage play also been enormously successful, selling out its 17 week London run, and now touring the UK, Nigel visiting each theatre if he can.

So any regrets? “No, but I have come to understand my step-mother’s position a bit better, now.

“I never thought about how difficult it was for her, or how brave to leave an abusive marriage and come and live with us, miles away from anywhere,” he says.

“There was a bus on Wednesdays and Saturdays and that was it. My dad was always at the factory, so we were left to our own devices. And she was such a shock to the system. I had never even heard a woman swear before, I was the original cotton wool kid, mummy’s little boy.

“But she wasn’t trying to replace my mother. She just fell in love with my father and inherited this rather difficult, grieving little boy,” he muses, all these years later.

Thank God for the food – the two had a mutual love of cooking – but were it not for the isolation, would Nigel have latched onto something else? “No, I have thought about that actually, but my earliest memories were always about food. It’s all I wanted to do. Luckily as I wasn’t particularly academic, it was an easy progression.”

Food aside, Nigel also loves travelling, albeit only to cold countries – he doesn’t enjoy the heat, so his favours destinations such as Japan, Finland and South Korea.

Well known for being OCD he says it is getting worse. “I cannot bear clutter or untidiness, so if I get a bottle of olive oil out of the cupboard I will use it, put the cap back on and replace it.” It means his kitchen is surgically clean and tidy, the surfaces untainted by condiments , knife sets or plants, and yet his passion for food is undiminished.

Having divulged so much about his early life, little is known of his private life now. “That’s not intentional. I’m not secretive. I just think you can know too much about people sometimes and I’ve said enough. To be honest, I can’t see who would be interested.”

As for modern food fads, will we see him taking part? “I love modern cooking and playing around with food. I love that food is becoming more sustainable, seasonal and vegetarian. I’m really excited about that. But just eating one food group, surely that’s for people who don’t really like food.

“Perhaps granny was right all along. She really did know best. A little bit of everything. I think it’s absolutely true.

“They didn’t even think about it back then. That’s just how they ate. So don’t panic if you eat a bowl of chips with a dash of mayonnaise, or a slice of home-made chocolate cake. Just don’t do it everyday.” 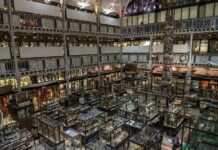 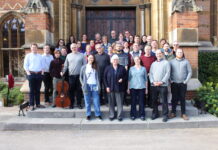 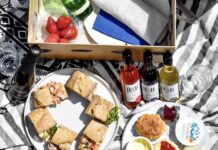