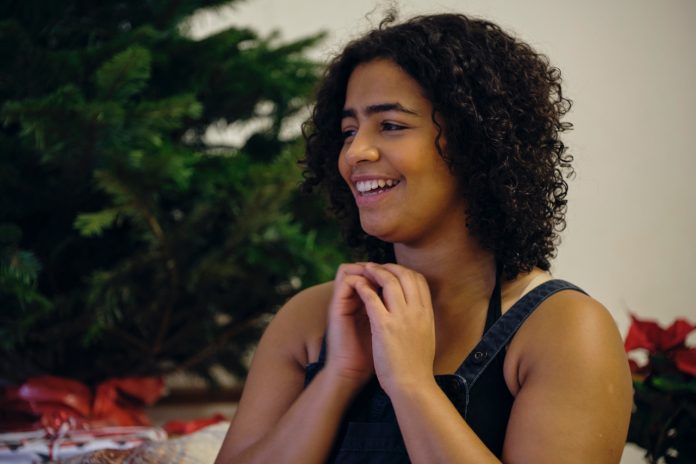 Anyone who has enjoyed OFS’ adult Christmas show will know what a massive treat is in store when The Last Noel opens on Wednesday.

The brand new ‘play with songs’ is brought to Oxford via upcoming young playwright Chris Bush, who has won two awards for her musical productions in the past few years.

She has written the Christmas show especially for the OFS festive period.

“I have loved and admired Chris Bush’s work for a long time. I’m a massive fan of hers and have been looking for a way to work with her. We started talking about running something about Christmas, that was community based and inclusive

So what to expect? The OFS adult Christmas shows tend to concentrate on the reality of Christmas wrapped up in a comic and often poignant, perspective. This year it concentrates on three generations of one family waiting for their mother/sister/daughter to come home from work on Christmas Day.

“I tell people it’s a really sad play that’s incredibly well disguised as a happy comedy, with so many layers to peel back. People find it really moving,” Jonny says.

“It feels like a show that everyone can relate to – there is something in it for everyone because of the different themes and emotions, so it’s a really clever piece of writing that gives everyone a platform, and a point of view, in the story. And while the experience is joyful, they is a lot of sadness too, so it’s well balanced,” he adds.

Writer Chris Bush adds: “I’ve been dying to write a Christmas show for years. We all have different ideas of what a ‘perfect’ Christmas might look like, with all the extra pressure that the search for perfection adds.

“While these holidays are meant to be a time for celebration and relaxation, they’re often full of complex and conflicting emotions, brimming with sadness as well as joy. The Last Noel explores some of these tensions, while also looking at how traditions get forged and family mythology is handed down from one generation to the next.”

So had Jonny heard of the OFS’ Christmas reputation? After all, The Last Noël is the Old Fire Station’s third original Christmas show, following the acclaimed run starting with 2016’s Thirty Christmases, named in The Stage Top 10 UK Christmas shows – and last year’s smash hit Snowflake by Mike Bartlett which opens in London’s West End this Christmas, having debuted at OFS.

Jonny adds: “There are a lot of similarities between Attic and OFS, mainly the massive participatory aspect we both believe in so strongly to make theatre for everyone, particularly those who might not ordinarily see it, and to make it attractive and inclusive for for people to watch in community venues and theatres alike.

“So OFS is the perfect destination for it. It’s so in context here because everything about the OFS from the staff to the ethos is so inspiring.”

Does that bring a pressure of its own? “Not at all. We are so pleased that people follow the Christmas show at the Old Fire Station, like a brand that they have built up by providing an adult Christmas show.

“We are totally on the same page with OFS and it’s been a joy. It feeds into what the OFS is all about because it needs to speak to a wider audience and be very inclusive and that’s really really important to us as well.

“But ours is a slightly different thing. It’s very welcoming and accessible.

“Composer Matt Winkworth, who is from Oxford, is playing the live music and we get the audience involved in decorating the stage and give them biscuits.

“And what is so special about Chris’ work is that it still takes you by surprise, as she articulates things about life we all know but might not have thought about.

“Which means that initially The Last Noel functions as a comedy, but as it plays out, the temperature of the room changes until you realise that what you thought was going on isn’t. On the surface it’s funny but underneath there is another story being told.

“Chris is very interested in family and how they operate together so I feel like we are doing something really different.

“So we are just excited to be coming to Oxford and carrying on the tradition at OFS, to be offering something unique and exciting, and to be able to make new work, to be sharing our story and our show.

“And without wanting to give anything away, The Last Noel flips your perceptions, so I don’t think it’s like anything you will have seen before.”

THE LAST NOEL – 12+ ‘because it has a few rude words, so is still suitable for teenagers”.