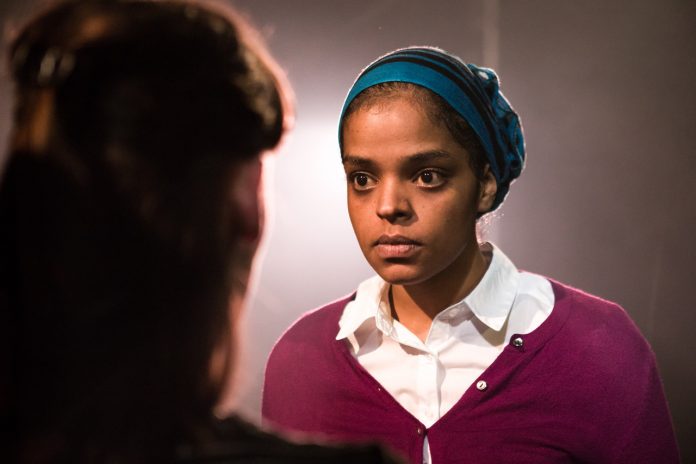 New show The Glass Will Shatter was scheduled to play at the Old Fire Station Oxford, on April 15th (today), but due to the global COVID-19 crisis has had to cancel the live performance.

However, the Althea Theatre show, described by critics as “fascinating and powerful” has been moved online, and audiences can access the recorded performance of the play at any time on April 15.

The audience will also be invited to a live Q&A with the creatives behind the show hosted on Zoom after the performance.

Featuring British Somali actors, the performance takes a deep look into how the UK’s government policies and educational systems can have an impact on its ethnic and religious minority communities.

Althea Theatre director Lilac Yosiphon explains: “This is a story of a Somali-British student who feels unwelcome in class because of legislation intended to protect her, which instead estranges her rather than embraces her.”

“It is also the story of a new teacher dragged into following procedures which polarise her thinking, rather than keep her classroom a safe place.

“This play is not only about Prevent, it is about acknowledging the voices of different cultures in the classroom and providing them the best possible education. It is a play about fractured understandings and broken trust, but at the same time – a resolute underlying commitment – to change,” she adds.

Althea Theatre is an award nominated international ensemble made of British and non-British actors and theatre makers based in London.

Creative captioning will enhance the play’s thematic concerns with words and semantics and make the piece accessible to D/deaf audiences. Lilac Yosiphon is herself single-sided deaf.

Buy tickets here for the performance of The Glass Will Shatter and Q&A: https://www.ticketsignite.com/event/2792/the-glass-will-shatter-