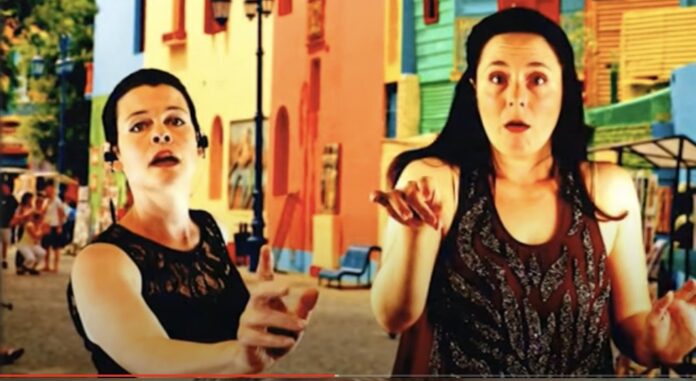 Killer germs, superbugs and pestilential plagues have long fascinated writers and musicians, and The Contagion Cabaret is no diffferent.

The brilliant and irreverent historical look at lockdowns, diseases and pandemics, specially created by The Theatre Chipping Norton in collaboration with Oxford University and features a superb cast of actors, scientists and literary researchers who have joined forces to review the current crisis.

From Angels in America to Mary Shelley, obscure Victorian Medical Parlour Songs to Fascinating Aida’s Herpes Tango, The Contagion Cabaret is riddled with infectious extracts from plays, poems, journalism and music, past and present.

Previously performed as a live show in venues as diverse as London’s Science Museum and the British Academy, The Contagion Cabaret is based on the research work of Prof Sally Shuttleworth and her team at Oxford University, based around the project Diseases of Modern Life.

John Terry Director at The Theatre Chipping Norton said: “We initially made this as a live performance for Oxford’s Museum of History of Science in 2017.”

This project looks at disease and medicine in historical literature, particularly those afflictions that we think of as particularly modern. John and the rest of the creative team also pulled together a lot of suggestions from their own reading and theatrical knowledge.

He added: “We spent a good few weeks sifting through some remarkable content, working out how to choose the best, and how to fit it together into something that had a shape and a meaning.”

The final piece in the puzzle was achieved by inviting a number of researchers from Oxford University to give short speeches directly from their own work and experience – including historians, novelists, English researchers and medical professionals.

“We have since performed the piece a number of times as a live show – at The Pitt Rivers, in London’s Science Museum, at the British Academy and here at Chippy Theatre,” explains John.

“Each time, the cast differed slightly, so gradually we had quite a stable of performers who had worked on the piece. When the lockdown first came into place, Sally and I both contacted each other saying that we must find some way of bringing this piece to a new audience as it was suddenly so relevant.

“We reshaped it, bringing in new material that spoke particularly to our current experiences, and filmed it from lockdown with a large cast that included many who had worked on the previous incarnations.”

The cast worked on the lockdown recordings over a period of a couple of weeks, using a mixture of online video meetings such as Zoom, performers self-taping, and social-distanced recording.

So what do people think of the performance? “The feedback has been amazing,” said John.

“There are some extraordinary moments that could easily have been written in the last week, but are in fact from very different times and places – for example a quote from The Times in 1918, during the Spanish Influenza pandemic, decrying the lack of speed with which public authorities were acting in locking down the population. Very prescient! Viewers have found it intriguing, informative and surprising.”

John added: “It was great to be able to make a piece that spoke about the current moment and to offer our audiences some creative content in our absence.

“I think there are all sorts of interesting things being tried, but I have to say that for many of us in the theatre industry, our forte is making experiences to be enjoyed live, and bringing people together to do so. This is what we really want to get back to – we all have enough screens in our lives!”

It is available until the autumn at: