Home See INTERVIEW: Stripped back and naked: James Rowland is back at OFS with...
Facebook
Twitter
WhatsApp 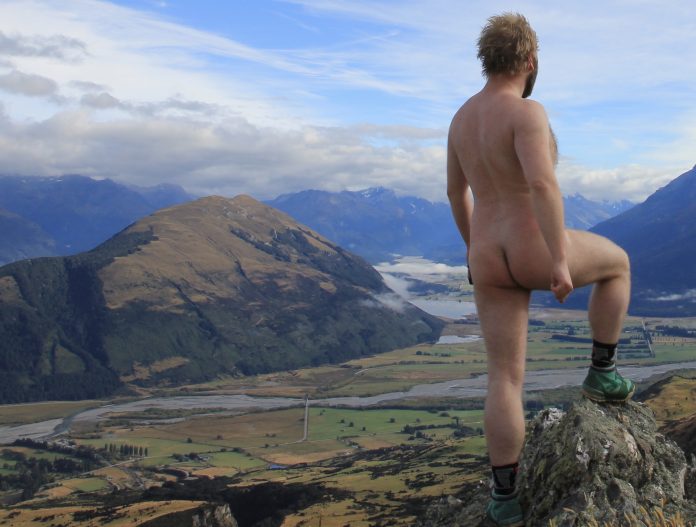 A few years ago, James’ best friends asked for his sperm – to start a family. The result is Revelations, James’ third show which involves story, comedy and song and nudity.

Yes, James gets naked on stage sporadically, something he says is necessary rather than gratuitous.

“TAKING MY CLOTHES OFF is one of my favourite things about the show, but I do hope that’s not what people talk about afterwards.”

The premise is based on two of his married lesbian friends asking him to be a sperm donor, and the issues surrounding that.

Part comedy, part storytelling, James says: “I wa so lucky to be chosen by my friends but the show is about the intimacy and consequences of that and how the baby will change my life.

“It’s also a lot about friendship and how friends have become people’s families, which is a huge deal in itself. “

This is the third of James’ shows, a trilogy of life experiences – the first Team Viking about a friend’s desire to have a Viking burial and the second A Hundred Different Words for Love, a love story.

Since then his career has taken off beyond all expectations and what started out as a way of easing heart ache and providing him with work, is now an ongoing career that has taken him all round the world.

“I didn’t think Team Viking would go as well as it did. People really enjoyed it,” he says incredulously.

“I needed to fill the abyss with noise. It was nothing to do with my skills as an actor and everything to do with taking my mind off a really difficult time by being busy”

“So then I thought I should make a second show with some of the same characters, and that went well, so here we are”

So is it all true? “Truth and fiction, he replies, “some is devised, especially the more painful bits. I admire people who write autobiographical work but the sentiment is the same even if the reality isn’t. So the underlying theme of my work is the truth in story-telling I suppose.”

So why the nudity? “Mainly because I don’t like nudity in shows,” he says bursting out laughing. “I thought it would be interesting to add it in with justification. So you’re not looking at someone naked on stage but a human being who is nude because of the story.

“And now it’s one of my favourite things about the show, taking my clothes off, but I do hope that’s not what people talk about afterwards.”

So is there a difference in the format of the three shows? He laughs again. “In the first the audience is thinking “I can’t believe this is true’. In the second it’s ‘that’s not true is it’ and in the third it’s ‘I hope that’s not true.’”

“I’ve got enough good material about my friends to keep me going for the rest of my life.”

The OFS has also played a pivotal part in James’ career, and where his story began. “Playing at the OFS is always different because there are so many regulars there who come back to see the same characters, and find out how the story has unfolded, which is wonderful. Because ultimately this is about a small group of friends and their lives.

“The audience feels attached to them and wants to know what happens next so it’s great to see them enjoying each instalment.”

What’s equally enjoyable is seeing James Rowland fulfilling his potential. Having been “a very unemployed actor and a very frequent barman”, it was a difficult break-up that spurred him onto taking matters into his own hands and writing Team Viking.

“I needed to fill the abyss with noise. It was nothing to do with my skills as an actor and everything to do with taking my mind off a really difficult time by being busy.”

“So I feel very, very lucky because after that things developed really fast and still hasn’t run out of steam. So the timing was really good even if it does mean I’ve been on tour almost permanently since 2016. After this I’m looking forward to cracking on with some new stuff.”

And then he laughs again: “Although I’ve got enough good material about my friends to keep me going for the rest of my life.”

So does he ever stop to give himself a pat on the back? “Going from earning the minimum wage as a barman working long hours to performing my own shows? Absolutely. It’s an amazing privilege. But I think I’ll always feel like a resting barman.

“But more than anything I just want to continue making work that makes people feel things, think things and enjoy themselves.”