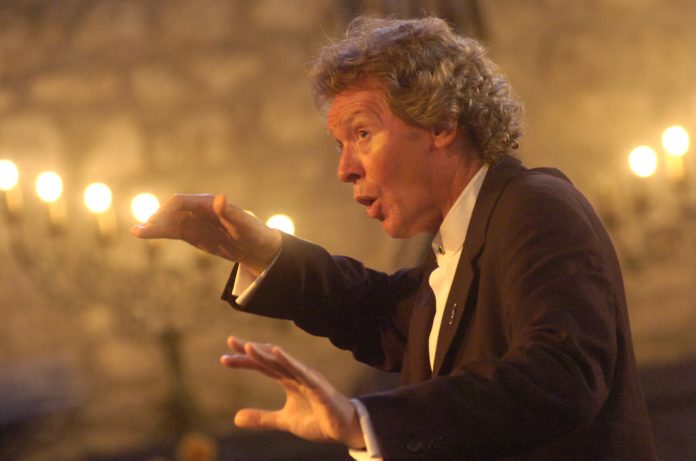 It’s hard now to imagine Oxford without SJE Arts, so firmly has this busy concert promoter planted itself on the city’s cultural map.

Yet it is only eight years since St John the Evangelist Church in Iffley Road was pressed into service as a concert venue to raise funds for essential repairs to the building.

From just a handful of concerts in the first season, the SJE now hosts around 60 concerts a year, ranging from pop, jazz and folk to classical music.

“Our first concert was in December 2011, and that was the European Baroque Orchestra,” says concert organiser Sally Doyle. “Now we have over sixty, as well as people using the church for recordings, rehearsals and art exhibitions.”

The Grade 1 listed church was built in 1894 for the Society of St John the Evangelist, the first Anglican monastic order since the Reformation, whose members – known as the Cowley Fathers – offered pastoral care to the poor of East Oxford.

The church is part of St Stephen’s House, a theological training college within the University of Oxford, and has now become one of Oxford’s most popular concert venues. Sally believes there are two main reasons for this.

“There wasn’t anywhere this end of Oxford that could take that many people,” she says. “It really took off once we’d managed to persuade people to walk over Magdalen Bridge, which was quite difficult to do!

“The other thing is the acoustic. Performers love it, and if you’ve got happy performers they’ll come back. It’s particularly wonderful for singers, because it was built for monks to sing in. That was the whole ethos of the Cowley Fathers, so they made sure it sounded good.”

The SJE’s autumn season kicks off on 5thSeptember with Accordes!, a professional string orchestra whose members are leading players in various countries around the world and are also experts in 19thcentury performance practice. The orchestra will play string serenades by Tchaikovsky and Fuchs, under the direction of violinist Claire Holden, in a concert that is part of a Transforming 19th-Century Historically Informed Practice (TCHIP) research based at the Music Faculty.

This is followed two days later by the Intermezzo Chamber Choir in Songs from the North, a selection of music from Scotland, Canada, Latvia, Estonia,  Finland and Scandinavia. The programme includes a new choral work by the popular Estonian composer Arvo Pärt, And I Heard a Voice, as well as pieces by Esenvalds, Dubra, Macmillan and others.

“Intermezzo is a vacation choir, so all the people in it sing with other choirs like Commotio and Oxford Bach Choir,” Sally explains. “They’re all people who don’t want to stop singing during the vacation!”

There’s more choral music on 15thSeptember from the Amici Della Voce Octet and Chelys Consort of Viols in Multipart Marvels of the Renaissance. The programme features Victoria’s 12-part Missa Laetatus Sumand other polyphonic music by Guerrero, Schütz and others, and is directed by David Crown.

On 26thSeptember, Danish quartet Kottos makes its Oxford debut in an eclectic programme of music by Vivaldi, Piazzolla, Grieg, Bartok and Vaughan Williams, performed with recorders, accordion and cello.

Oxford chamber choir Commotio celebrates its 20thanniversary on 28thSeptember with a typically adventurous programme that features a new commission by Richard Allain as well as works by Bob Chilcott, Francis Pott, James Whitbourn, John Duggan and others.

The Oxford Lieder Festival, which runs from 11th-26thOctober, has several concerts at the SJE – the highlight of which, arguably, is a series of three concerts featuring baritone Roderick Williams singing Schubert’s best-known song cycles,The Fair Maid of the Mill, Winter Journeyand Swan Song, in English, accompanied by pianist Christopher Glynn.

Richard Strauss pops up again on 14thNovember in a special concert marking the centenary of the Weimar Republic. This Music at Oxford event features soprano Sarah Gabriel and pianist Iain Farrington, who capture the Berlin music scene of the early 20thcentury with pieces by Kurt Weill, Edwin Schulhoff and Friedrich Hollaender performed alongside lieder by Richard Strauss and readings from his letters.

“They seem to be the only people who have picked up on this centenary,” comments Sally. “It’s going to be very atmospheric. The lights will be low, and it will be as near as we can get to a Weimarr Republic pub as we possibly can in a 19thcentury church!”

Conductor David Crown is back on 30th November with Opus 48, the choir he formed in 2018. Unaccompanied Masterpieceslaunches the choir’s second season, and includes pieces by Verdi, Howells, Duruflé, Vaughan Williams, Tippett and Arvo Pärt.

“It’s quite a strange mixture because it’s Pärt’s Magnificat, which is a lovely serene piece, and spirituals from Tippett’s A Child of Our Time, which is the oratorio he wrote at the beginning of the Second World War,” says Sally.

“He sat down at the piano and started writing it on the day that war was declared, so this is something that is much more filled with anxiety.”

The Christmas season is ushered in on 4thDecember with the Adderbury Ensemble’s traditional candlelit Christmas concert, a selection of baroque favourites including Pachelbel’sCanon, Corelli’s Christmas Concerto, JS Bach’s Jesu, Joy of Man’s Desiringand Handel’s Arrival of the Queen of Sheba.

Benjamin Britten’s popular A Ceremony of Carols pops up twice in the final two concerts before Christmas.

The vOx Chamber Choir performs the piece on 15thDecember under the direction of David Crown, alongside a selection of other seasonal works, and four days later there’s a repeat performance by The Sixteen alongside carols by Walton, Warlock, Holst, Mcdowall and others, with Harry Christophers conducting.

One of the incredible things about the SJE Arts programme is that it has to fit around the needs of the church. How difficult is this to do?

“Pretty difficult!” admits Sally. “In the term time, which is ten weeks, there’s a service every Sunday, there’s a service on all Feast days, Church of England and Catholic, and there are various things like teaching in the church during the summer, retreats and other things like that. But we get on very well and we generally muddle along!”

For more details of the SJE Arts season, visit www.sje-arts.org