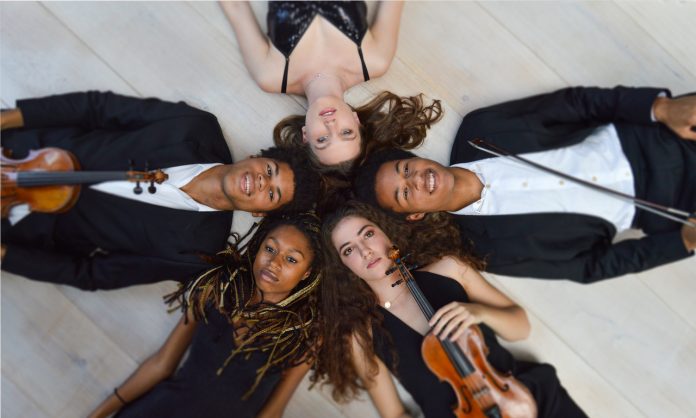 Let’s hear it for the youngsters

Make way for the young ‘uns – SJE Arts’ Next Generation series is back this week with the first of four concerts taking place over the next twelve months.

Now in its fourth year, the series was established to showcase some of the country’s most outstanding young performers. Many of those selected for the series have been past BBC Young Musicians or YCAT (Young Classical Artists Trust) artists.

“I feel very strongly about having a platform for young artists,” says Michele Smith, the Director of SJE Arts.

“We work closely with YCAT. I go to their concerts and pick out the ones I particularly like. It’s one thing to be a very fine player, but you also need to have some audience rapport as well.”

First up, on 11th February, is the Royal College of Music Baroque Orchestra and Chamber Choir with music by J.S. Bach and his son, C.P.E. Bach.

The conductor is flautist Ashley Solomon, an alumnus of the RCM and now its Head of Historical Performance.

Saxophonist Jess Gillam is back in March, by popular demand, with her regular accompanist, Zeynep Özsuca.

“We couldn’t resist having Jess and Zeynep back again!” laughs Michele. “They were terrific last time, and we had so many people saying please bring them back. So they are coming back!”

A BBC Young Musician finalist in 2016 and winner of a Classical Brit award in 2018, Jess has notched up show-stealing performances at the Proms, the BAFTAs and various festivals and prestigious concert venues at home and abroad.

Her programme at the SJE includes works by Fitkin, Bryars, Harle, Weill and Nyman, plus a new piece for sax and electronics by award-winning composer Anna Clyne.

Also making a welcome reappearance this year is vocal ensemble Sansara, which was founded by Tom Herring in 2013 while still a student at Merton College.

Best known for the Music from the Spires series – which draws on manuscripts from the Bodleian Library collections – Sansara is bringing something a little different this time.

Les Voix Humaines is a collaboration with viola da gamba virtuoso Liam Byrne, and explores the relationship between the viol and the human voice.

The series ends in December with the return of another popular performer – cellist Sheku Kanneh-Mason. This time, though, he will be performing with sister Isata (piano) and brother Braimah (violin), as well as Alinka Rowe (viola) and Ayla Sahin (violin).

Together, these five musicians – who have known each other since their Junior Royal Academy days – form the Cassado Ensemble.

Their programme will include Haydn’s Piano Trio No.29 in G major, Dvořák’s String Quartet No.13 in G major and Dohnányi’s Piano Quintet No.1 in C minor.

“That should be a good finale,” says Michele. “Sheku and Isata have played here before as a couple, so now their brother Braimah is coming as well.

“The series is a bit shorter this year because we’ve got such a big piano series, but it should be an exciting year.”

The 4th SJE Arts Next Generation Series opens on February 11 with the RCM Baroque Orchestra and Chamber Choir.