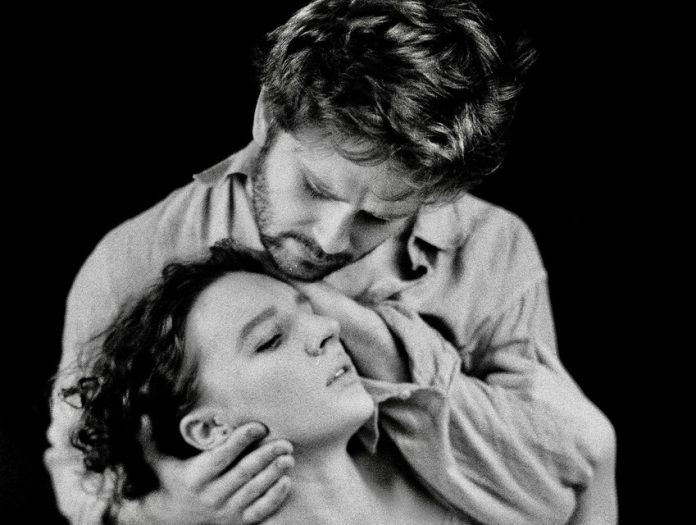 Artistically speaking, the Trojan war is the gift that keeps on giving. From Homer and Virgil, via Chaucer and Shakespeare, all the way up to Brad Pitt in sandals, there’s no act in this brutal tragedy that hasn’t been remade, remodelled, or restaged. And this production at the Oxford Playhouse certainly doesn’t look a gift horse in the mouth.

Simply and starkly staged – as the original plays were – Shadows Of Troy is a combination adaptation of Euripides’ Iphigenia in Aulis (in the first half) and a rather more radical reworking of Sophocles’ Ajax in the second by Stupid and Brave Productions, an Oxford student theatre company.

So we begin with the events leading up to Agamemnon’s decision to sacrifice his own daughter to a vengeful Artemis, to secure a fair wind for those thousand ships. He’s a king, but he’s a father, and the political and the personal are here in poisonous collision. On the one hand, his wife and daughter reject the whole idea as an atrocity; on the other, the relentless chorus, mouthpiece of the men, bay for blood.

If that sounds harrowing, then you’re right, it is. But it’s also extremely powerful. One of the triumphs of Shadows of Troy is the chorus (much credit to the director, Jamie Murphy). As a piece of ensemble acting it’s a tour de force both in voice and movement, showing immense concentration, precision, and discipline.

As in the original plays, the group functions not only as a personification of ‘the people’, but a commentator on the action, and a teller of old tales. One memorable instance is the re-enactment of Leda’s rape by Zeus in the guise of a swan, re-told in the first act. The group turn on one of their female members, grasping her hand and foot and hurling her into the air. It’s vivid, and like so much else here, it’s clever.

The second half takes Sophocles’ Ajax, and recasts it with Agamemnon in the central role. This worked less well for me, but perhaps that’s because I know the original story well, and couldn’t quite let go of the fact that Agamemnon doesn’t go mad and kill himself as depicted here, but returns home to be murdered by his wife in the bath. If you can get over that, the second half is undeniably affecting, with an especially touching and intimate scene in which Clytemnestra (Katie Friedli Walton) washes the blood from her husband’s body.

Acting honours on the night definitely went to Tom Bannon as Agamemnon, but there are strong supporting performances, especially from Maddy Page, who makes a courageous and tender Iphigenia. The costumes are refreshingly free from gimmick, leaving the words and action to speak for themselves.

A final ‘word’ on those words. There have been some wonderful translations of ancient Greek versions of this story over the years, my personal favourite being Christopher Logue’s extraordinary War Music.

This version is a collaborative effort between a group of student translators and the director/writer, Jamie Murphy. Creds to them for taking on such a Herculean task (pun intended) though the result is – perhaps inevitably – a little uneven in places. The more poetic register of the chorus is done extremely well, with some very fine writing.

The dialogue between the principal actors was less successful, at least to my ear: there’s a little too much contemporary diction (‘OK’, ‘funny’, ‘nice to see you’) that just didn’t quite work for me.

But that’s a quibble. Overall this is a fine, ambitious, and resonant piece of work by a hugely talented young company. These Greeks are bearing gifts. Go see.

Shadows of Troy runs from Wednesday 12 to Saturday 15 February at Oxford Playhouse. 01865 305305 or http://oxfordplayhouse.com