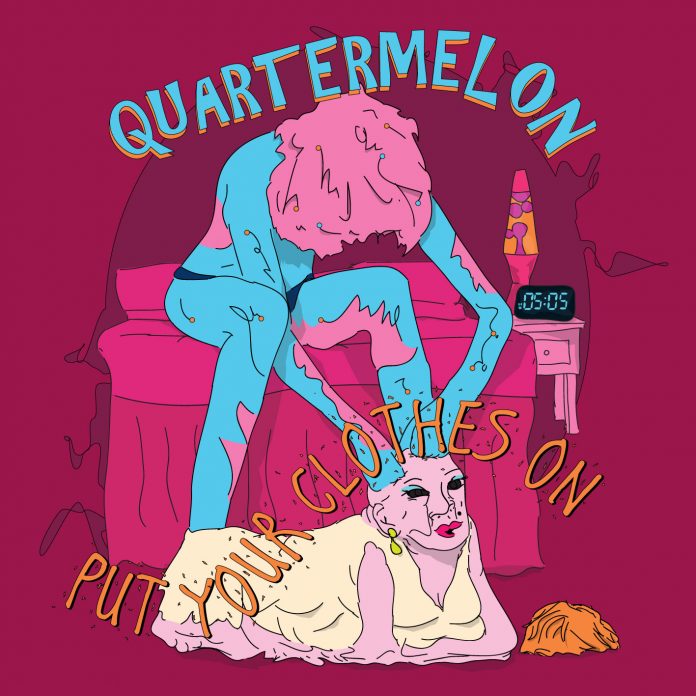 “Bring your inner-daemon, grab a mulled wine and ‘Discover’ Oxford’s magical musical heritage, with a super special line up of the brightest stars of the city’s music scene on the Broad Street stage.

“Tonight I have the honour to showcase a festive stocking-full of local sparkling talent capturing hearts and minds right now. We’re kicking off from 6pm with four amazing acts through to 9.30pm, against the hustle and bustle of the Christmas market surrounded by haybales, market stalls, sizzling food smells and warming spiced beverages.

It’s not your usual gig, as the stage is set against a stunning backdrop from street to spires, surrounded by in a whirlwind of art, performance and creativity as the whole town seemingly comes together to celebrate. Framed by the twinkling lights of the Christmas tree, projections, happenings and street performance, you never quite know what to expect – last year the crowd looked up in wonder as a graceful ballerina danced through the air under a giant air balloon above the stage, and this year we’re banging the drum for more (slightly louder) surprises!

Personally, I enjoy the challenge of hand-picking talented acts to represent the creativity going on in Oxford, to try and give a new experience to those who perhaps don’t go to see gigs very often, or ever, who can enjoy the spectacle with children or grandparents, friends and family or even come on their own. I love it when the acts connect with a new audience, when a little fairy dust is sprinkled on a place usually so familiar, transforming it into something new and full of curious sights and sounds.

As a promoter, no matter how much you plan, you never quite know exactly what’s going to happen in public events, or when those memorable moments are going to come to life – perhaps when a crowd come together as one and is stilled in peace, or, when things take a hilarious and surprise turn, as, perhaps, a gang of toddlers get over-excited dancing to the music and become strange, tiny creatures straight out of the Lord of the Flies, and band together to build fortresses out of haybales – and ride their tricycles into the soundbooth and you have to call security.. this actually happened..  or, a band accidentally drop the F-bomb, but somehow being dressed in Christmas jumpers and furry animal-ears makes it cuter and everyone laughs… (cue heart attack for the poor promoter in the wings..).

This year our Friday night bands include Roguey Roads (6PM), an energetic trio of handsome brothers not-Grimm who inspire a flurry of insta-selfies from girls in the crowd..  (overheard – are they Models!?! much to the delight of the boys when I told them afterwards). Whether surfing in Cornwall or auditioning on The Voice, (they’re rushing off to play another gig straight after) they’re so keen and never fail to entertain – as a promoter they’re a dream-come-true.

Aptly named Brite Spires (7pm) are a new female-fronted electro-pop act creating waves on the scene, I’m looking forward to checking out their outfits as they’re incredibly stylish – well-jeal. Next, following in the footsteps of Oxford’s Godfathers of indie rock, Ride, (Mark Gardener himself produced their first two EPs) – rising stars MOTHER are bringing out their sensitive-side for an intimate show- I’m looking forward to seeing how they tone down their psychedelic rock mayhem for a special seasonal set at 7.50pm.

Seeing us out in style is hotly tipped trio Quartermelon (8.40pm), with the dreamy  – and somewhat accident prone –Alex Train (his latest mishap was spraining his ankle after flying off a fairground ride, to my horror – WRAP HIM IN BUBBLEWRAP TILL FRIDAY I pleaded…) fronting with a falsetto to die for and a penchant for Barry White. It’s an exciting time for the chaps as new EP ‘Put Your Clothes on’ is out 23rd November, (Launch party at Tap Social) the title track is about someone who has to suddenly take responsibility of their actions in order to better their life. Or that’s what they tell me, anyway 😉 These guys are Fun, get ready to Groove.

I love curating the stage, this is my third year now – I can imagine a picture of how it’s going to be, but as ever, it’s the talented bands who make the magic – we just have to turn up, sit back and enjoy. There’s more music on Broad Street throughout the festival, Promoter Ben Smith is programming the Saturday with a feast of folk and country gems – plus expect a host of choirs, singer songwriters, young musicians, music from around the world and burgeoning new talent throughout – so if you stumble across the stage in passing or come and see your favourite act, there’s something for all. One thing is for sure, you’ll see our beloved Oxford in a new light, experience an alternative universe where the beginning of a brand new story can be found around every corner. Let the festivities begin, and see you down the front!

For more information about the festival, visit: https://www.oxlightfest.com/whats-on

6PM Roguey Roads
Oxford bro’s Rhys and Gus Warriner founded the lovable band Roguey Roads in the summer of 2017, and have been surfing the waves ever since with their pop-inflected grooves and catchy tunes. Now joined by another brother-from-the-same-mother, Calum Warriner on cajon, the trio have gigged all over the country making friends and fans wherever they go. Top track “Suzy” featured on the radio with BBC Introducing Oxford and they even made through to the Live Auditions of The Voice UK (2018). One’s to watch – the festivities start here!
https://www.facebook.com/RogueyRoads/

8.40PM Quartermelon
Quartermelon are a groovesome three-piece from Oxfordshire riffing about fornicating, dozing off and sailing. Rising star frontman Alex Train has a falsetto to die for and an unabashed love of Barry White. New EP Put Your Clothes On is out 23rd November, so don your Christmas jumpers (or Aloha shirts) for tonight, as they’ll be your first, your last and your everything.