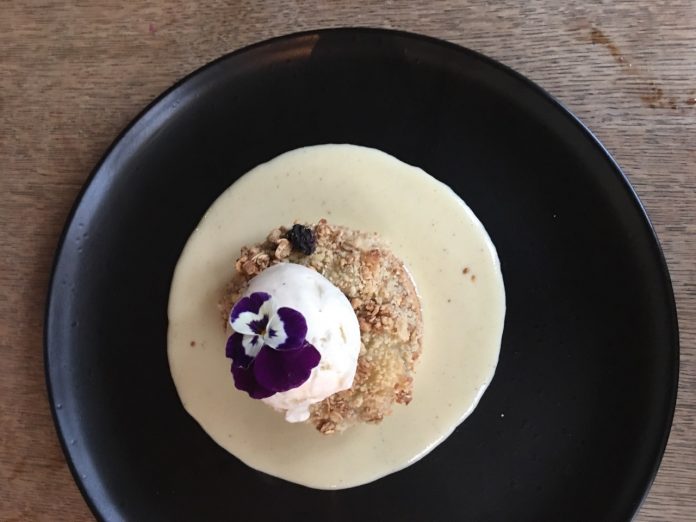 Nick Evans was living the dream. Having retired four years ago he’d moved to Barcelona and was enjoying his retirement in sunny Spain.

But having bought The Black Horse in Standlake, near Witney, he realised he needed a more hands on approach and decided to come home, revamp it and turn it into a destination pub.

“I was ready for a new challenge,” Nick told me “and we knew how good it could be, if we really sorted out the wine and food.”

He then realised that for The The Black Horse to really make its mark, he needed someone exceptional in the kitchen.
Cue Martin Sherriff who’d worked at The Boot in Barnard Gate, before nipping off to The White Hart in Wytham to cook some immense food.

Because not only is the pub now stylish, traditional and historic but the food is really superb, and the customers agree. Or as Martin, who specialises in modern British, local food, put it: “We had 50 here last night, on a Tuesday. It’s just a word-of-mouth but the locals love it. So it’s been mad and hard work but exactly what we hoped for.”

“Being given free rein in the kitchen was a dream come true – to have that trust is really unique and just makes my life easier.

And with a campsite nearby and a nice pub garden, the summers at The Black Horse look set to be equally as successful.

Nothing, and I mean nothing was going to stop me from trying Martin’s new menu when I popped in for lunch. The fires were lit, the pub was clean and welcoming, and there was a palpable anticipation when we ordered our food.

The bread board with its selection of home made artisan offerings, hummus, olives and balsamic was a course in itself, and proved how far Martin is pushing the boat out, setting the scene for what was to come.

Then the oak smoked Jerusalem artichoke soup with a rye and caraway seed cracker and artichoke purée that defied belief, such was its silky depths and depth of flavour (£6).

The torched mackerel with cucumber, baby beets, horseradish snow and rocket leaf (£7) was almost too beautiful to eat, Martin’s attention to detail and ability to always go that extra mile is really impressive.

The sunblushed tomato cheese cake with a black olive crumb, Bloody Mary gel, basil cress and shortbread (£7) was not only wonderfully inventive but a lovely sunny Mediterranean dish that reminded me of hotter climes with each mouthful.

Then the double baked cheddar cheese souffle with baby veg and watercress (£14) (I’m a sucker for a soufflé and this one didn’t disappoint). Fluffy and spongy inside, the watercress sauce was subtle with a hint of iron and complemented the cheddar perfectly.

Our second main was chosen from the specials menu – John Dory fillets with a risotto Nero, prawns and fennel shaving £18. Another picture perfect dish, (Martin uses different plates for each dish), which if you follow Martin on Instagram you’ll know is his forte.

By now absolutely stuffed, we decided to share one dessert between two, opting for the apple crumble with a creme anglaise and a vanilla bean ice cream. It was worth making room for – beautifully presented, buttery, sugary and soft, it brought our meal to a satisfying end.

A canny move then by Nick to put The Black Horse back on the map, because with Martin at the helm in the kitchen, the pair are going to do more than that, they’re going to blow the blooming doors off.

The Black Horse was therefore rightly one of the Best Gastropub finalists in the recent Ox In A Box Food Awards. See you there. 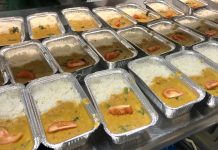 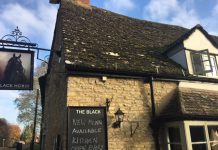 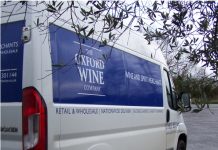