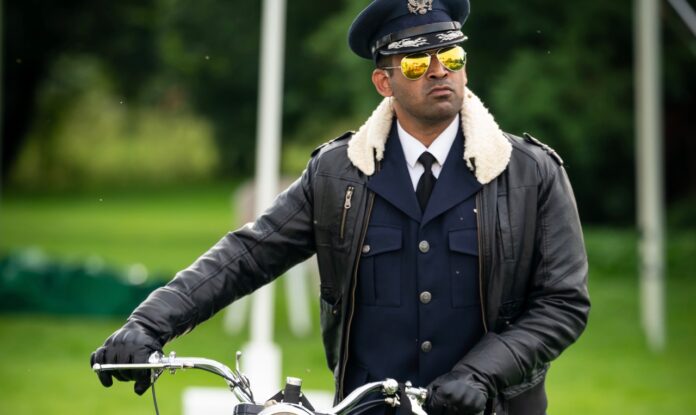 The Waterperry Opera Festival opened on Thursday evening with Donizetti’s sparkling comedy The Elixir of Love, delivered with the kind of energy, fun and inventiveness that have become the trademarks of this impressive young company.

Director Dan Ayling has updated the action to the 1950s and set it in Adina’s Spa Retreat in New York – all of which works brilliantly, and lends itself to Ayling’s determination to focus on the opera’s core themes of the power of true love and a strong female protagonist in a male-dominated world, while also allowing the comedy full reign.

Adina has two men vying for her affections: Nemorino, a humble cleaner, and the suave airman Belcore. Certain that he will lose out to his richer, smarter rival, Nemorino resorts to purchasing a supposedly magical elixir from travelling salesman Dulcamara, convinced that this will secure Adina’s love. And so the fun and confusion begin, safe in the hands of a superb cast.

“This is a fabulous production, just the tonic needed for these uncertain times. Bravo”

Alison Langer is a spirited and vocally strong Adina, playing off her two lovers against each other in a desperate bid to ensure she gets the one she really wants. Thando Mjandana (Nemorino) has the kind of sublime tenor voice that I could happily have listened to all night, as the audience chuckles at his comic antics and facial expressions while tugging at the heartstrings as he despairs of ever winning Adina’s love. Instinctively, you find yourself rooting for this hapless underdog in the battle of the two lovers.

Darwin Prakash (Belcore) is equally impressive, making a dashing entrance on a vintage motorbike before revealing a superb baritone voice and capturing the over-confident, scheming character of the airman to perfection.

Oskar McCarthy – a brilliant Don Alfonso last year – is in top form again as dodgy dealer Dulcamara, singing and acting with breathtaking energy and ensuring laughs a-plenty as he peddles his dubious elixir to the gullible Nemorino.

The eight-strong chorus – all of them members of this year’s Young Artists programme – contributes greatly to the fun as the spa retreat staff, led in commanding style by Daniella Sicari as Giannetta.

Conductor Bertie Baigent, as always, is in firm control of the ten-piece orchestra, ensuring that Donizetti’s deliciously tuneful score bubbles along with all the pizzazz it deserves.

This is a fabulous production, just the tonic needed for these uncertain times. Bravo.