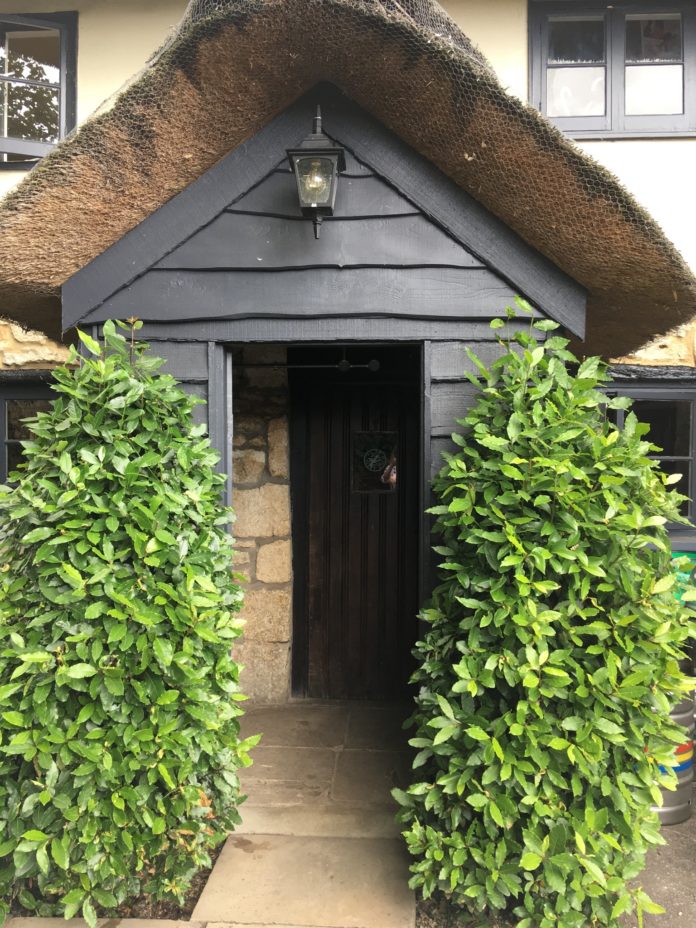 Two men in Lycra. A vegan and a vegetarian. Londoners who wanted lunch in a quintessential Oxford pub with a suitable menu and a classic beer garden close to Oxford city centre.

A tall order? Maybe, but thanks to The Perch in Binsey, an easy recommendation to hand.

Even so, The Perch lived up to all expectation, and I couldn’t help feeling proud of the thatched pub and its beautiful outdoor dining area, now linked by an orangery style restaurant recently erected at the back, to replace the previous patio.

The rest of the garden which leads down to the river was full of tables, drinkers and the large marquee at the end ready for the numerous parties and weddings held there. There is also the shack, open in peak summer season, for the gourmet fast food crowd.

Put it this way, Jon Ellse (he of Mamma Mia pizzerias in Summertown and Jericho) has been constantly improving it, since he took it over in 2015.

The food here is always decadently laid back – seasonal, local, fresh and different.

It is the perfect place to while away an afternoon, accompanied by cold rose and some great service.

I, on the other hand had an ulterior motive for the recommendation- the Queen of Puddings – a monstrous Victorian dessert of sponge, jam and meringue, which I’d literally run naked around the beer garden for singing ‘Rule Brittania’.

Luckily there was no need – as a paying customer I could just order (and reserve for safe measures). But it did mean I tempered my choices accordingly to leave room for the piece de resistance!

A refreshing Jersey Royal salad, spring onion, sorrel & radish salad with a tarragon vinaigrette (£7.95) to share and then the  beetroot, sunflower  seed and lentil burger with pickled fennel and garlic mayonnaise for the vegan from the admirable vegan menu, that anyone would have enjoyed mightily.

(Take it from me, he couldn’t have fitted anything else in that all-in-one).

Beautifully cooked, crispy, generous, soft, flaky and slippery inside as a fish can be. Wonderful stuff.

None of which even came close of course to pudding. And as I insisted on having one all to myself, they ordered a second portion to share.

With coffee and service charge the bill was around £35 each.

Lycra now almost stretched to indecent proportions, the London lads rightly decided against cycling home, instead hopping on the train back to the Big Smoke; satiated, impressed and delighted by such countryside prowess.

The Perch certainly knows how to do it in style without making a big song and dance about it. Point proven.