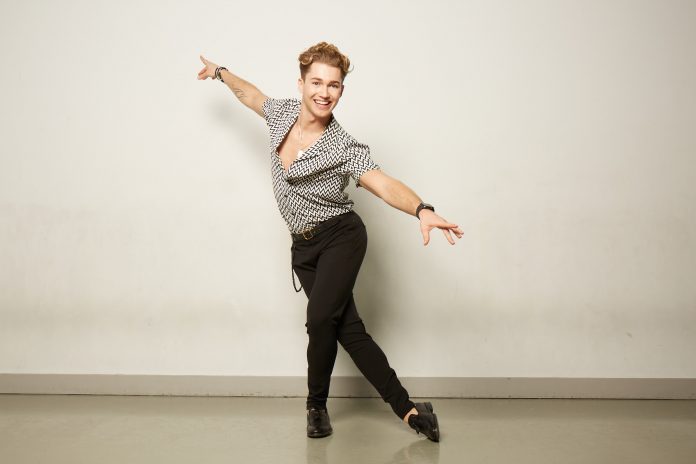 Strictly favourite AJ Pritchard is touring the UK with ‘AJ Live’ alongside his younger brother and Love Island star Curtis, and an ensemble of other talented dancers.

Amongst the group is former Strictly Come Dancing professional Chloe Hewitt, who competed with AJ during their childhood; winning, amongst many others, European and World Championship titles. AJ’s girlfriend, Abbie Quinnen is also on tour.

Their show in Oxford didn’t quite go to plan however. More on that later

Singer Lydia Lucy (a finalist in The Voice UK 2016) provides the soundtrack for each of the routines alongside Daniel Parrott.

Before Love Island, Curtis was a professional dancer on the Irish version of ‘Dancing With The Stars’ and is known for his role on BBC’s ‘The Greatest Dancer’, so there’s no doubt of his dancing prowess. Having recently split from Love Island girlfriend Maura Higgins, Curtis looks to be putting all of his passion into this role.

AJ forgot his steps halfway through, made obvious by the pre-recorded tapping sounds that continued to play while AJ froze on stage

Their show in Oxford didn’t quite go to plan however. More on that later.

The dances performed were some of AJ’s favourites from his four years on Strictly, plus some memorable routines from his and Curtis’ past.

A large screen on stage says “Taking recordings/videos and photographs is ‘absolutely 100% recommended’ for this show”, although Curtis and AJ may regret that now.

For example, during a tap-dancing sequence AJ forgot his steps halfway through, made obvious by the pre-recorded tapping sounds that continued to play while AJ froze on stage.

He appeared embarrassed and apologised afterwards for the mishap, but managed to stay calm for the rest of his sequences.

Curtis too had issues throughout the night.

At one point, he unknowingly walked on with a shoelace untied, clearly worrying the audience and those on stage that he was going to end up tripping over.

He had also left on his knee brace, only informing us, once he realised, of an injury.

the evening lacked finesse and fluency in some areas, perhaps because they were possibly trying to include too much

But every time the brothers laughed off their errors and came to the rescue of each other when needed.

Another time Curtis forgot forgot his lines, forcing his brother to come back out, mid costume change, to remind him.

Despite these teething problems, you couldn’t deny their passion and the effort they had clearly put into the show.

The duo had a young Ant and Dec style of presenting – constantly teasing each other – but after a while the talking segments before every dance started to feel repetitive.

During a break from the dances, AJ had pre-prepared some questions for himself and Curtis to answer. One asked them what their best career achievement to date was. Taking a more serious tone, Curtis replied that his first was dancing in front of the Queen during a Remembrance service at the Royal Albert Hall, and the second is this tour.

He then added: “AJ has worked his absolute socks off to create this tour for about a year now. Every single night he’s constantly worked until 11-midnight […] Our dream is to work together in the future. Have our own TV programme […] and this is the start of that dream. I’m so proud of AJ and everything he’s done”.

The brothers were also very open about their competitive streak with each other. “We love each other, we’re best of friends, but if we’re doing anything [together], we want to win […] we turn anything into a competition.” Curtis does concede however that “the technically better dancer is AJ.”

Sadly, the evening lacked finesse and fluency in some areas, perhaps because they were possibly trying to include too much. The dancing however was pretty faultless, and the fans seemed to have a wonderful time regardless. I’m sure the show will only improve as they go on.