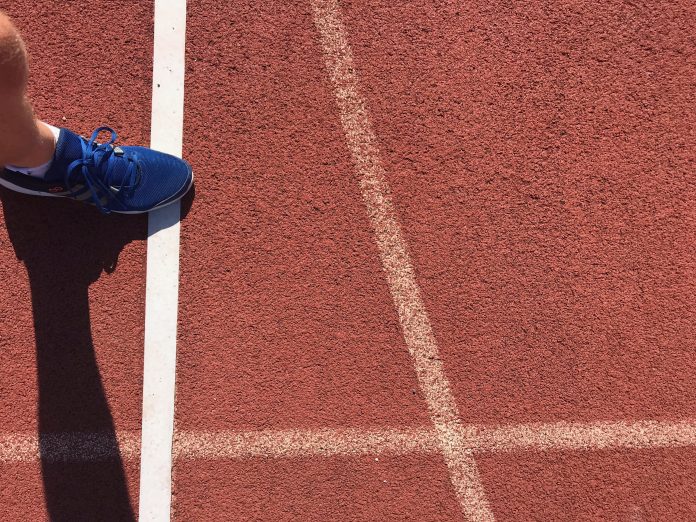 Despite having lived in the area for many years, I had never been to Oxford Open Doors until this Saturday. I am so glad that I went along.

The Oxford Preservation Trust (OPT), in conjunction with the University of Oxford, runs this incredible event and what an eclectic mix of things there were to see and do.

First I strode excitedly to the Iffley Road Sports Complex where I pretended to be Roger Bannister, although I am quite sure he did not run his sub-4 minute mile in an Hawaiian shirt!

I paused to imagine how Sir Roger must have felt on that May day in 1954, before I made my way back to the city centre stopping off at the Examination Schools.

This Sir Thomas Jackson building was much bigger inside than it appears, although my old anxiety about taking exams resurfaced quickly once inside.

Moving swiftly along, I proceeded to The Painted Room on Cornmarket. Up a betting shop staircase I found myself magically transported back to the 16thCentury and the Crown Tavern.

The Painted Room was discovered in the 1920’s hidden behind wooden panelling which explains why the colours are as vivid today as they were when Shakespeare lodged here on his way to Stratford.

Next up for me was the oldest custom-built concert hall in Europe, the Holywell Music Room. I was greeted by the glorious vOx Chamber Choir choir in full song as I entered and left cheered as I made my way to Blackfriars Priory which, somewhat curiously, is a permanent private hall of the University, in St Giles.

I was too early for the tour so had a quick look around on my own and then dashed over to the Joiner’s Workshop on Tidmarsh Lane as this hidden gem was only open in the morning.

Amongst the work benches and tools, one could talk with the craftsmen who keep Oxford University looking so much better than Cambridge.

I shook off the sawdust and went looking for 10, Turn Again Lane which is the HQ of the OPT. My knowledge of Oxford is pretty good but I, and many others, were unsure if Turn Again Lane even existed but it turns out to be behind the Westgate Centre. The OPT should be praised for saving the charming 17thCentury cottages from demolition.

With time running out, I walked over to Jericho and went through the very modern doors of the Blavatnik School of Government which opened in May 2016. The aims of the school are to promote democracy so it is circular in shape and made of glass to make politics transparent.

I then moved on to the former Radcliffe Infirmary site where I stopped at the Neuropsychology Centre and joined in an experiment to test motivation.

Such clever people I thought as I quickened my pace so that I could watch some Real Tennis at Merton College before the doors closed. I made it just in time but due to the volume of spectators so wandered over to Balliol College.

This was another very popular attraction with many coming through the doors to see where Prime Minister Boris Johnson once studied.

Just a few hundred feet along form Balliol College on Broad Street is the Oxford Martin School which is named after its wealthy benefactor. This James Martin was never a chef as far as I know but a computing wizard before his tragic death in 2013.

As I stepped back out on to Broad Street, I realised it was 4pm so there were no more open doors to enter alas.

I had been on the go since 10am and there was still so much I would have liked to see.

My day out was proof that sometimes the best things in life are free, so thank you Oxford Preservation Trust and the University of Oxford. I am already making my route plan for next September.