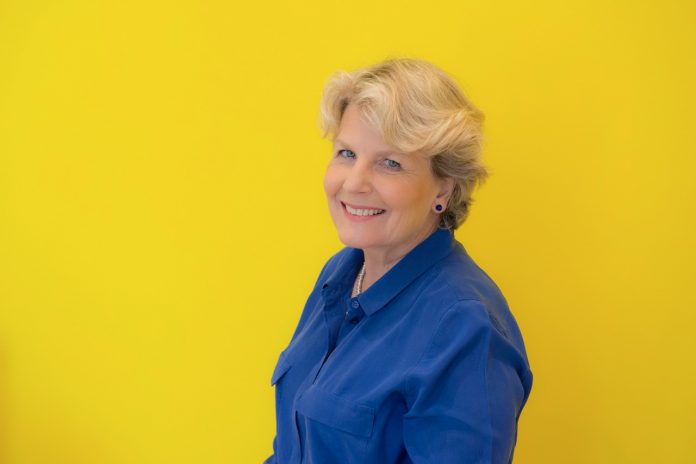 Despite Sandi Toksvig suffering from tonsillitis and spending the whole day sleeping it off at The Randolph Hotel, she still turned up for her gig at the New Theatre. And thank goodness she did because she truly is a salve for the soul.

This was her ‘National Trevor’ tour (so named because of a comic misunderstanding between herself and some friends, she explains) and as the show began I was soon in hysterics, tears rolling down my cheeks for all the right reasons.

Sandi informed us that going to see any live performance rather than watching it on a screen, is good for us all, so we were already off to a great start.

Alongside the laughter, she also provided us with some fascinating facts (as you would of course expect from a presenter of QI), read poetry to us, talked about her love of a cuppa and a favourite biscuit (but be careful, some are apparently more dangerous than others!), acquainted us with her heroes, Lord Byron being cherished, and told us about her history, hopes and achievements as she handed out ‘National Trevor’ badges.

Fame was of particular interest to Sandi. She analysed other people’s pursuit of fame, as well as telling us how her father, Claus Toksvig, a Danish journalist and broadcaster was the Danish Broadcasting Corporation’s first ever permanent foreign correspondent, and widely acknowledged as the most famous person in Denmark in his day, which he treated as an immense privilege.

Sandi is a people person and encouraged us to spend less time on our phones, to come off social media, care less about what others think of us, and connect more with those around us.

Sandi appears to genuinely love interacting and conversing with people at her shows. While I’m not often a fan of audience participation, at her suggestion, we all made an effort to do so during the interval.

The second half included a Q&A, a gift considering her recent departure from Bake Off.  However, when asked, she would only say that ‘life is precious’ and we should fill it up as much as we can, that she many ambitions and projects she wants to undertake, books to read.

“I still don’t know what I want to be when I grow up,” she adds.

Ending the night with us all standing, while orchestrating Beethoven’s ‘Ode to Joy’, Sandi Toksvig’s warmth made us all light up, feel invigorated and just a bit more hopeful.

She is definitely a woman worth seeing. Just what you need on a cold, damp, gloomy January evening!