Home Theatre Review REVIEW: Puss in Boots takes you to 1950s London via EastEnders, Only... 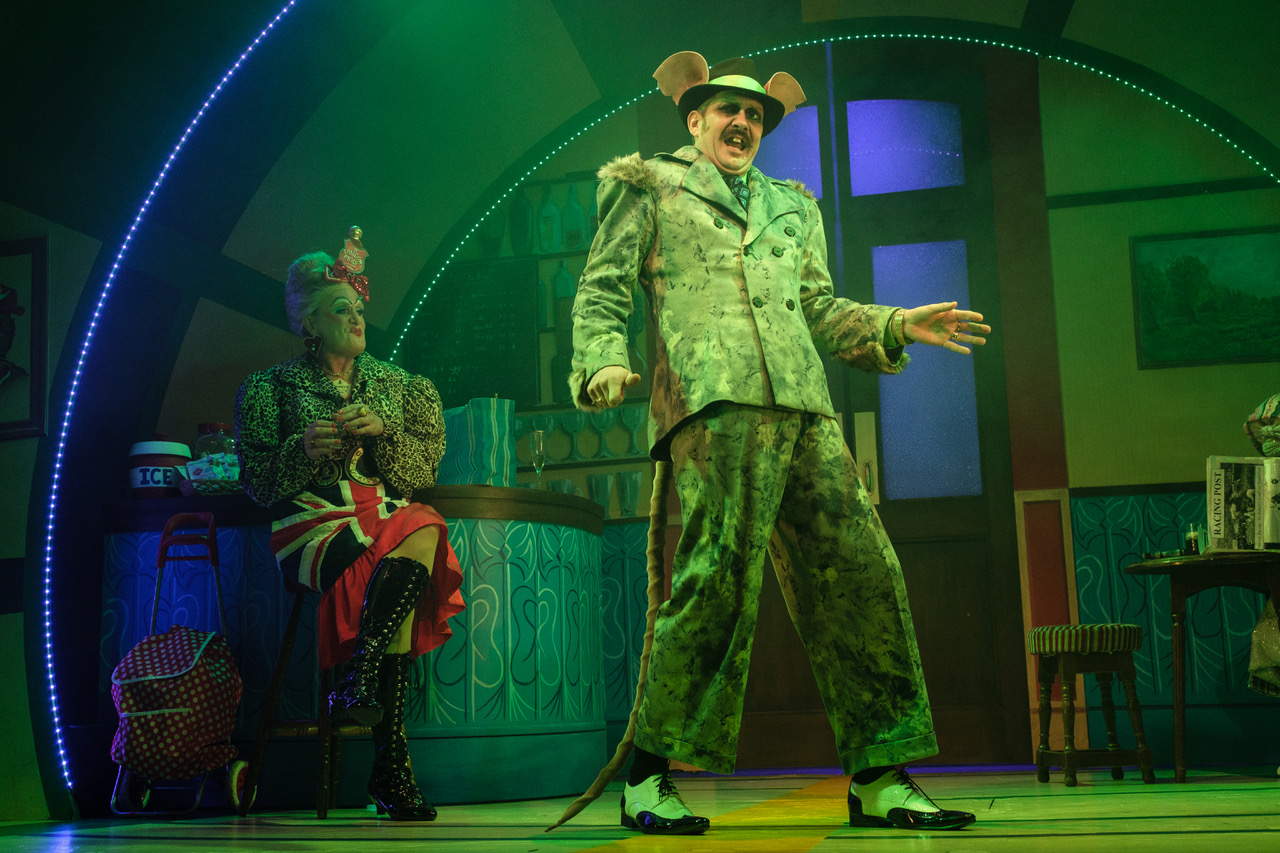 “Mummy what does ‘ipnotist mean’?” my daughter whispered as King Rat, the East End baddie threatened Chipping Norton Theatre’s audience, accompanied by much booing and hissing.

We were mid-way through Puss In Boots, this year’s offering from Chippy Theatre, and the hare-brained madcap pace gathered momentum minute by minute as we hurtled through a pastiche of 1950s gangland London, EastEnders and Only Fools and Horses, King Rat intent on taking over and running the show.

Hot on his heels were Jack The Cat, bust fresh out of jail in a CCTV extravaganza, Fairy Bowbells , Archie Buckle the lacklustre shoe salesman, and Tiffany Treacle his love interest and fierce campaigner. The dame, Pat M’bloomers, was still crazy in love with ‘rattie’, and yet to see the error of her ways.

What begins at a sedentary pace with a nice, traditional vibe – think cast set piece dances and songs, sweet throwing and audience mentions, soon develops into a smorgasbord of director John Terry’s gleeful trickery and ideas.

Writer Toby Hulse therefore has us trying to break into the vaults of the Bank of England, on a live screened car chase, a tunnelling prison escape, in a mashed potato fight, enjoying a cabaret show, hypnotism and more, the plot rolling in comic waves, one after the other.

As thick and fast came the jokes, innuendoes for the adults, lots of bum and fart jokes for the kids and a wonderful French exchange, when running out of language Jack The Cat’s only French retort was “Bonjour, Bon nuit, Bon Jovi.”

In the second half the sets, scenarios and plot veer off into a new stratosphere. Favourite moments included the wonderful Scott Waugh conducting the orchestra as a Mr Baton – a maestro who gets totally carried away,  Fairy Bowbells resplendent in fur and diamanté’ glasses, an endearing lisp, and more outfit changes than Lady Gaga, and of course the dame’s ever more ambitious costumes – her Pearly Queen and Elvis being particular favourites. The bank vaults needed to be seen to be believed.

As much farce as panto, throw in some wonderful musical compositions, audience participation, several love stories, lots of mucking around and some marvellous characters and acting, lots of laughing, sniggering – Rowan Talbot’s King Rat needs a special mention – and Chippy Panto did it again. 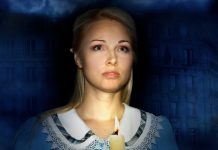