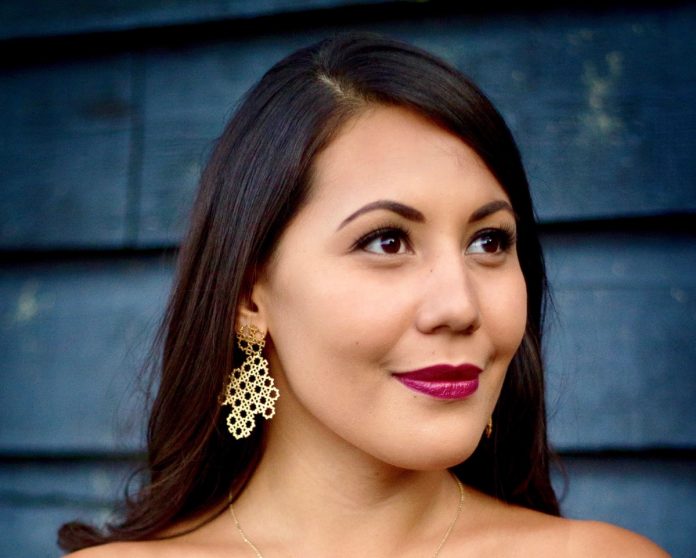 Following an outstandingly successful Carmen last year, Oxford Opera Company headed back to the Oxford Playhouse at the weekend for four performances of another opera classic, Puccini’s La Boheme, including a special ‘mini-opera’ performance for families.

Founder Stuart Pendred is on a mission to bring top quality professional opera to Oxford while engaging closely with the local community, putting on productions that are accessible both to regular opera-goers and those who may be discovering it for the first time. This latest production ticks all those boxes.

The minimalist, unfussy set allows the story to unfold with exceptional clarity, and there was a finely-drawn contrast between the good-natured joshing among the impoverished students at the beginning and the tender but tragically short-lived romance between Mimi and Rodolfo.

Marlena Devoe, an award-winning soprano from New Zealand, was utterly captivating as Mimi, her voice effortlessly strong, sweet and expressive, and she had exactly the right air of appealing vulnerability. She was well matched by tenor Sam Furness, making his role debut as Rodolfo, and the pair interacted with great sensitivity and warmth, caressing those sumptuous Puccini harmonies with evident relish.

Huw Montague Rendall and Davidona Pittock impressed as the spirited, argumentative Marcello and Musetta, and there were some fine performances from Samuel Lom (Colline), Dominic Bowe (Shaunard) and Stuart Pendred (Benoit and Alcindoro).

The children’s chorus was a delight, and it is a wonderful hallmark of this company that it is committed to introducing local young people to the world of opera. Admittedly some of the singing entries could have been a bit crisper, but that is a minor quibble; it was heart-warming to see the obvious enthusiasm of these young performers.

The Oxford Chamber Orchestra played with energy and conviction under the direction of Neil Farrow.

This is the second production I have seen by the Oxford Opera Company which, only two years from its formation, is already proving to be a real asset to the city. I look forward to seeing what they come up with next.