Home Eat REVIEW: No1 Ship Street is better than ever as it reopens in...
Facebook
Twitter
WhatsApp 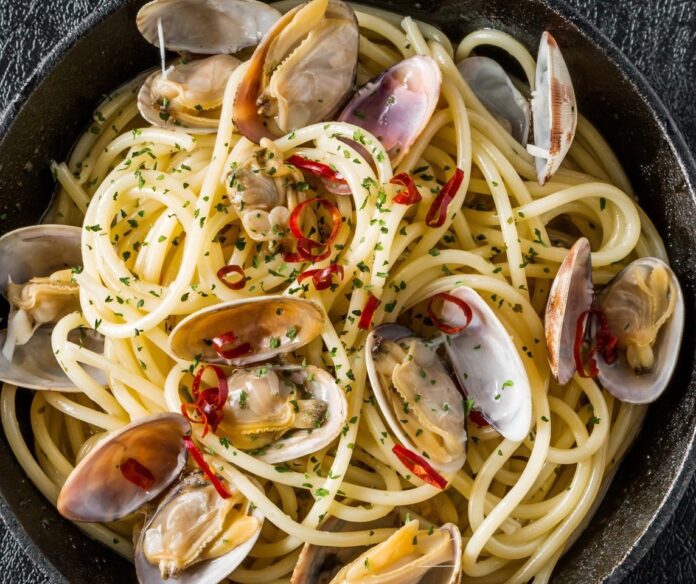 I cut my holiday short by a day when I heard No1 Ship Street was reopening.

Over enthusiastic? Definitely. But why not? When eating out again is a novelty, and one of your favourite restaurants has been off the cards for months on end, it’s the perfect reason to celebrate, dress up, meet up with friends, laugh, eat, live.

And besides, No1 Ship Street was one of the champions of lockdown. Without complaining they just got on with it; launching their takeaway menu before anyone else, owner Ross Drummond hand delivering the luxurious selection of lobster, steak and oysters to your home in person – cooked by fellow owner and head chef Owen Little.

So yes, I was delighted to head back to its central Oxford location and the sleek, discreet, elegant and consistently brilliant premises, to be greeted like an old friend.

Oxford was quiet when, hot from wearing masks on the bus and walking through Oxford, we arrived.

On first impressions No1 Ship Street hasn’t changed. On closer inspection of course it has. The tables are spaced further apart, on both floors, waiters are masked. You sit and stay without loitering with intent at the cocktail bar.

And while the evening was a whirlwind of laughter, and catching up with friends, while Ross whirled around us recommending dishes, topping up glasses and chatting with customers, it was the food I remember.

Because it was one of those menus you yearn for. Yes No1 Ship Street is a modern British brasserie, but its French influence is tangible.

What to have? The French onion soup – which has to be done properly with gruyere and a crouton to gain a tick from me, or thedevilled lamb’s kidneys, bacon & parsley?

Head chef Owen little doesn’t need to show off, he let’s the dishes talk for themselves

Perhaps the potted brown shrimp with toast or even the Portobello mushroom, with a poached egg and pickled chanterelles? What about the moules marinieres from St Austell Bay or said oysters?

No1 Ship Street has got heart, it’s got style and it’s got class, but more than that, its cooking is excellent and I recommend it to everyone

In the end we threw caution to the wind and had a bit of everything and I can vouch for that French onion soup with its dark, oily shimmer. The potted shrimp was wonderfully nostalgic, the sort of dish Emily Watkins would have served at The Kingham Plough in its heyday.

The kidneys were dense nobules in a rich, earthy sauce, and the mushroom was simple but refined.

The food is always so elegant here without being pompous or pretentious. Owen doesn’t need to show off, he let’s the dishes talk for themselves.

More hard decisions had to be made for the mains. And I mean really hard. Because when you haven’t ventured out for four months, choosing between the Coq Au Vin, the braised lamb shank, mash, cockles and samphire or the whole Brixham plaice, is the biggest choice you’ve faced since selecting your supermarket delivery slot.

We waded in unrepentantly: A portion of the globe artichokes with marinated tomatoes, grilled bread and burrata whose smoky taste, and simple yet definitive flavours almost brought me to tears. Really.

Another find was the bucatini (a type of spaghetti) alle vongole (see main pic), clams, chilli, garlic, parsley which had real flavour and punch, like a French kiss on both cheeks. Oh la la, it was good.

We could have had steak or lobster but in the end my friend opted for the burger with cheddar, bacon, chips and truffle mayonnaise, and it delivered on every level.

A side of Lyonnaise salad – crisp lettuce, egg and lardons was equally as delicious. Oh and don’t forget the salad from the specials menu which we snuck in just in time – local courgettes, hazelnut, bucatini and poached egg, a summer sensation of fresh flavours and textures.

How Ross persuaded us to have dessert as well I have no idea but somehow we crammed in a caramelised banana, chocolate bread & butter pudding between three, which was worth every moment of discomfort, before peeling off and making our way back to the bus, masked once again, like Zorro after a very good banquet.

So yes, it was good to be back.

No1 Ship Street has got heart, it’s got style and it’s got class, but more than that, the cooking there is excellent and I’d recommend it to everyone.

It hasn’t let me down yet.

No 1 Ship Street is also taking part in Eat Out To Help Out.