Home Eat REVIEW: The Black Horse in Thame gives you a run for your...
Facebook
Twitter
WhatsApp 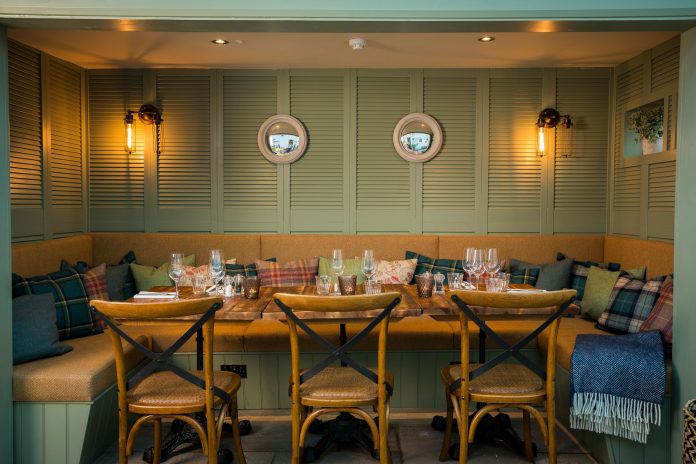 What constitutes a chain restaurant? Massive corporations with a branch in every city or independents growing slowly but surely? And do we automatically presume that because somewhere is a chain, it will therefore be substandard?

If you can sense that I’m hurrying on, you’re right, but only because I’m desperate to tell you about the magnificent puddings. Oh la la indeed!

Take The White Horse In Thame for example; White Brasserie Pubs now has 19 hostelries to hand, and yes it has Raymond Blanc’s name to brandish, but how independent can it really be and how complacent?

Not at all as it turned out, thanks to manager Stephen Hann, who oversaw our delicious lunch there, so that I emerged onto Cornmarket suitably impressed and chastened in equal measure.

Having always been a fan of Brasserie Blanc In Jericho, where the whole ‘chain’ began, all of the ensuing pubs and restaurants have maintained that inimitable French elegance and reverence to food, delivered in a discerningly casual manner, and The Black Horse is no exception.

Grappling with our spoons like duelling suitors at dawn, I eventually emerged with a full spoonful of the heavenly, gentle, comforting, carefully balanced pudding. Lordy Lord, the bounce of that sponge, the joy of the Orangey sauce, the delicate flavour….

Charmingly converted with a glasshouse/ atrium style conservatory at the back and a more traditional, cosy bar area and snug to relax and drink in, The Black Horse is a professional, welcoming and bustling hub.

Sitting in the light, airy, bright dining space, nibbling on the bread and dips – a lush, green, piquant, herb and citrus tapenade, a saffron infused mayo and a rich and earthy spiced mushroom and aubergine assortment – which stopped us in our tracks. With this much effort going into the pre-starter, lunch suddenly became more appealing.

The prices took us aback even further – the set menu costing £12.95 for two courses and a third for £3.50. Bobby Bargain.

And so we delved into the haricot bean and wild mushroom soup with smoked ancho chilli oil drizzle, which hit you in layers – autumnal and sweet then a heady, almost meaty hit from the beans followed off with a hit of chilli. Really clever.

The pear, apple and watercress salad with dried apricots, walnuts and Jervaulx blue cheese dressing was as delicate and light as the soup was dense and enveloping, the tang of fruit and the crunch of the apple and nut contrasting beautifully with the salty cheese.

There was a steak frites option, but for mains we went for the grilled Cornish mackerel fillet with pear and apple chutney (more of a purée), griddled aubergine, roast piquillo pepper & roquette salad and a lemon scented dressing, which arrived like a still life on the plate, beautiful to behold, perfectly cooked and unexcessive – how very French.

The potato and sweetcorn fritter with smoked paprika, avocado salad, winter coleslaw and chipotle mayonnaise, proved that Brasserie Blanc is moving with the times, not only in terms of introducing a more global menu to what has until now been a predominantly French offering, but also to give vegetarians and vegans a really novel choice. Suffice to say the fritters were good, with a South American twist.

If you can sense that I’m hurrying on, you’re right, but only because I’m desperate to tell you about the magnificent puddings. Oh la la indeed.

I always, without fail, order the pistachio soufflé whenever visiting Brasserie Blanc, because it is indescribably good.

But, I veered off piste at the last minute, mesmerised by the blackcurrant pavlova, already anticipating the sharp fruit offset by the sugary sweetness of the meringues.

But what emerged was even better than predicted – pretty as a picture with some bittersweet homemade marshmallows to embellish the dish, it was a taste sensation.

So entrenched was I in my devotion that I almost forgot to try a bit of my friend’s steamed treacle sponge pudding with an orange and Cointreau sauce and creme fraiche. Grappling with our spoons like duelling suitors at dawn, I eventually emerged with a full spoonful of the heavenly gentle, comforting, carefully balanced pudding.

Lordy Lord, the bounce of that sponge, the joy of that orangey sauce, the delicate flavours. The highlight of the meal for me.

And all for around £20 a head with drinks. A dark horse indeed and more than able to stand on its own four hooves.

The current autumn menu is now available but from Nov 21 the Christmas party menu of three courses for £32.50 is available. 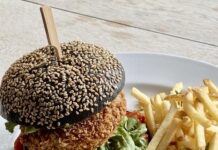 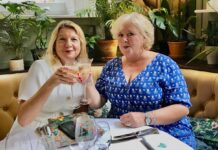 REVIEW: The Ivy Oxford – socially distanced of course darling – “the perfect escape from normality in every sense of the word” 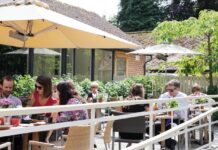