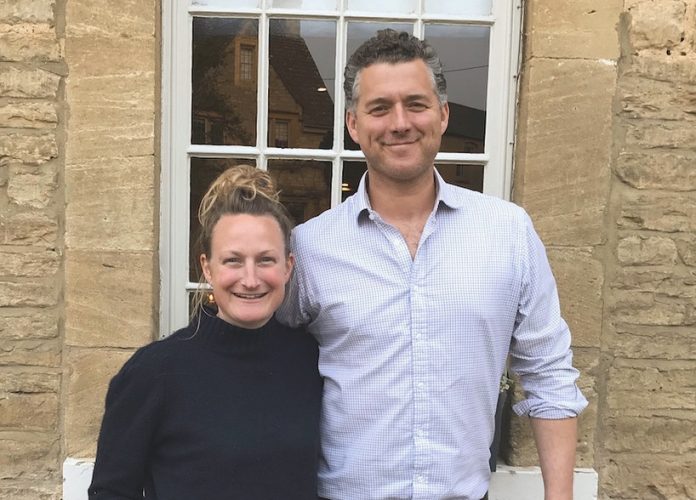 News that The Kingham Plough is under new ownership was a bitter pill to swallow.

The previous chef owner Emily Watkins was a real hero of mine, not only paving the way for other female chefs, but also serving her retro version of classic British food with such apparent ease and expertise.

With legions of fans all over the country, thanks to Emily’s awards, and TV appearances, she then upped sticks and moved to Dorset.

“It was the Jerusalem artichoke soup with truffle dressing that had me declaring life-time devotion – silky, smooth, velvety, seasonal and seductive. It had me at hello”

Who could replace her? Matt and Katie Beamish apparently, carefully chosen and vetted by Emily to ensure all her hard work did not go to waste, and it continued as a go-to destination Cotswold inn. “It was important to Emily to sell the lease of The Plough to individuals who held the same values that she did,” I was told.

But despite all my misgivings, having re-launched under new ownership, and with head chef Jonny Pons working his magic in the kitchen, the Beamish’s have already hit their stride.

Having worked with the likes of Raymond Blanc, Jamie Oliver and Fergus Henderson, Matt and Katie Beamish have certainly put in the hard work.

They’ve tarted the place up a bit, nothing major, still that country, nostalgic vibe, but it looks and feels the same. We were led into the sweet dining room, which was busy – the signs were encouraging.

But could my head be turned? I was going to be hard to persuade. And then the bread arrived, courtesy of Marks Cotswold Bakery. And I gave in as easy as pie.

It was the Jerusalem artichoke soup with truffle dressing (£6) that had me declaring life-time devotion – silky, smooth, velvety, seasonal and seductive. It had me at hello.

We also tried the half pint of prawns with a Marie rose sauce (£6) which disappeared in a trice – wonderfully retro.

As it was lunchtime, lots of us had two starters – the goats curd, pickled beetroot, hazelnut and crispy raisin bread (£7) was another winner and the chicken liver parfait with red wine shallots, red currants and brioche (£8) arrived ins a sweet little jar and was hogged, so I can’t even tell you how good it was.

The dish of the day however was the pan-fried parmesan gnocchi with butternut squash, Paris brown mushrooms and chestnuts (£18) which drew gasps of envy, both visually and technically. And in these days of more veg and less meat, a welcome addition to the menu which showed some care and imagination, two things vegetarians are always looking for.

And then dessert. Who could resist Granny Beamish’s cherry and ginger trifle (£7)? Not me. It arrived in a cocktail glass and was gloopy and sweet and glorious. And while now one would dare take it away from Granny Beamish, the affogato with a hazelnut and date biscotti (£5) gave her a run for her money!

By now the day had run away with us, The Kingham Plough is that kind of place – relaxing, comforting and pleasant, that curious mix of genteel but casual, elegant but understated, so we drank some glorious coffee and sped off.

But the Kingham Plough is not going anywhere, that’s for sure, if Matt, Katie and Jonny have anything to do with it.