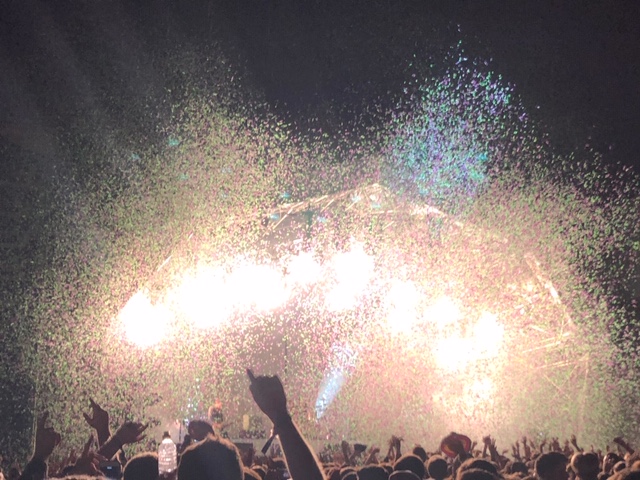 Friday at Truck is when the festival fully kicks off, and although everyone arriving was unlucky to have missed an incredible Thursday evening, the line-up that greeted them was certainly very worthy.

Idles attracted a big crowd in the afternoon, after the success of their Mercury Prize nominated album ‘Joy As An Act Of Resistance’, meaning that their set was moved to the main stage at short notice.

The early timing did not subdue their performance, with both guitarists joining the crowd and songs such as Danny Nedelko and Mother being sung back to the band with as much passion as frontman Joe Talbot delivered them.

Another act who’s recent success outranked their time slot was Lewis Capaldi, who attracted a very different but no less sizeable and passionate crowd.

He performed pitch perfect renditions of his hugely popular ballads interspersed by witty interactions with the audience.

Headliners Wolf Alice claimed of nervousness before the set, certainly didn’t show as they were greeted by a huge and adoring crowd at the main stage.

Living up to their headline slot, with a catalogue now large and mature enough for a range of crowd pleasers in their well balanced set.

Rounded off with a confetti cannon finale, it was an exceptional way to kick off the weekend.

All words and pictures courtesy of Xav Sinden