Never one to stick to the story-line when it can be embellished or reexamined, Hans Christian Anderson’s vessel is used to examine many a modern day dilemma; from texting and predators to loneliness, vulnerability, bullying, bad parenting, hallucinatory drugs, weed, sexual denomination, transgenderism, wealth, class, materialism, belonging…..the list goes on.

Creation does what Creation wants, and nowhere is this more evident than in The Snow Queen.

Is is more far out than normal? Yes. Do we always know what is going on as the flowers sing or the crows talk? No. But in true Creation style the story flows through, always present despite the twists, turns and tangents that the wonderful cast embark on, under the flamboyant direction of Gari Jones.

READ OUR INTERVIEW WITH THE CAST HERE: https://www.oxinabox.co.uk/enter-the-frozen-wastes-of-lapland-in-creations-christmas-show-the-snow-queen-at-the-north-wall/

But then Alice in Wonderland, Peter Pan and Mary Poppins are hardly straight forward stories, and as I watched the Creation magic unfurl I wondered whether we are losing our innate ability to fantasise and use our imagination? Oxford’s favourite theatre company definitely provides the antidote to that, as we slowly offer up our cynicism and misgivings, and surrender ourselves to Gerda’s voyage and its eddying swirls in Creation’s visionary and modern depiction.

If rather perplexed in the first half, by the second everything comes together, as we ride ever onwards with Gerda, on her quest to rescue Kai from the evil clutches of his new surrogate mother, fighting feral robbers, strange animals, some bickering aristos and finally the powers of the Snow Queen, to claim her friend Kai back.

The icy depths of the evil queen’s kingdom pans out perfectly as a Christmas production, the cast playing a dizzying myriad of characters, as the young cast members encourage them on with some stellar performances.

Overall though, despite my two teenage girls being slightly bewildered by the development and situations Gerda finds herself in, they thoroughly enjoyed the entire performance, recognising the struggles that Gerda embarks on to grow up, be loyal and work out what’s important in life with so many distractions and alternatives on offer.

They understood that Creation’s emphasis here is on the value and relevance of love, family and friendship, something we all recognise and need, especially at this time of year. 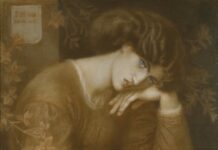 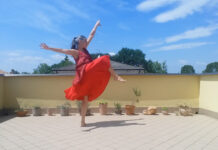 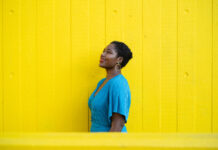