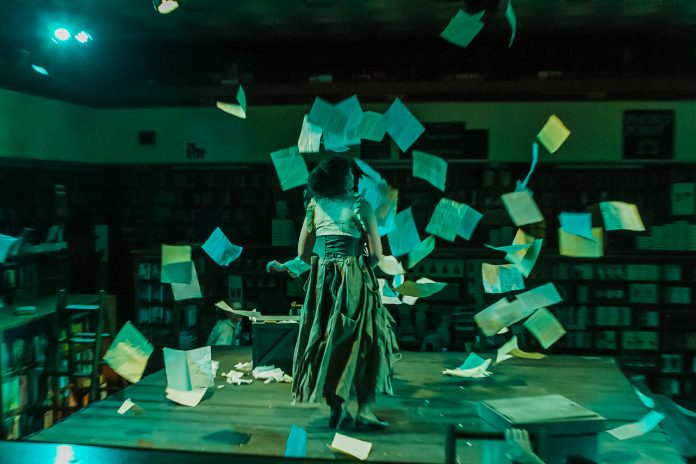 For over eight years, Oxford’s native Creation Theatre company — well-known for its innovative adaptations of classic texts staged in unorthodox spaces — has been bringing unique work to the Norrington Room, a subterranean space within the beloved Oxford institution that is Blackwell’s Bookshop on Broad Street.

The Norrington Room contains three miles of bookshelves covering law, religion, crime and philosophy, amongst others. What space could provide a more fitting, and interesting, backdrop for the retelling of the dense and kaleidoscopic tale of disputed inheritance, love and loss that is Charles Dickens’ Bleak House?

Taking in the lofty heights and squalid depths of 19th century England, from London to Lincolnshire via St Albans, Bleak House tells the story of Esther Summerson, a child of unknown parentage, and a host of other characters whose lives are interwoven with hers.

Creation’s wonderfully inventive and ’situationally appropriate’ stage set employs ladders and trapdoors, creating its own world of highs and lows, symbolically setting the scene for Esther’s journey. Even the bookcases lend themselves as platforms upon which the action will play out — all part of the impromptu ‘theatre in the round’ that Creation has fashioned out of the bones of the Norrington Room.

We open with Esther finding a copy of Bleak House on the stage, weighing it in her hand, and saying to herself — ’That’s a weighty tome isn’t it — whose idea was this?’ — a good question.

Bleak House is not often adapted for the stage, owing to the sprawling and labyrinthine nature of Dickens’ novel, which makes it difficult to fit into a reasonably stage-friendly time frame. Creation is, however, nothing if not up for a challenge.

Written by Olivia Mace, this production is by necessity much-abbreviated, whilst achieving the admirable feat of creating a whistle-stop iteration of the plot’s most salient points, including some much-loved passages, like the listing of poor, deluded Miss Flite’s names for her 25 pet birds (Hope … Youth … Despair … Gammon, Spinach).

One can only marvel at the adaptability of Creation’s stellar cast — just five actors seamlessly segueing from one character to another, sometimes through on-stage costume changes, often through complete transformations of body and voice.

Joanna Holden’s very Cockney Krook, and ultimately poignant Lady Dedlock were highlights, while Eleanor House’s Ada delivering a beautiful lullaby to a dying baby contrasts with her comic touch as the gangly and awkward Mr Guppy.

The play has some really effective musical moments, with some wonderful harmonies between the distinct pitches of the characters, afforded by the broad vocal range of the cast. In turns rhythmic, poignant, comic and catchy — the songs weave a heartfelt passage through this complex tale.

Fittingly, given both the story’s legal paper trail and the site within which the performance is taking place, paper and books play an important symbolic role throughout. Scrunched paper birds represent the elusive nature of false hopes, a storm of scrap paper stands in for London’s fog, costumes are bedecked with torn paper, and books serve as consumptive flames, passing birds, or percussion instruments.

This classic text is vividly retold in Creation’s inimitable style, encompassing laughter and sorrow in an enthralling and memorable production.

Bleak House is at Blackwell’s until March 7 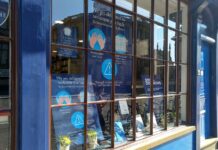 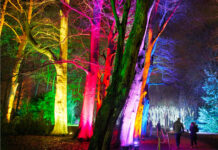