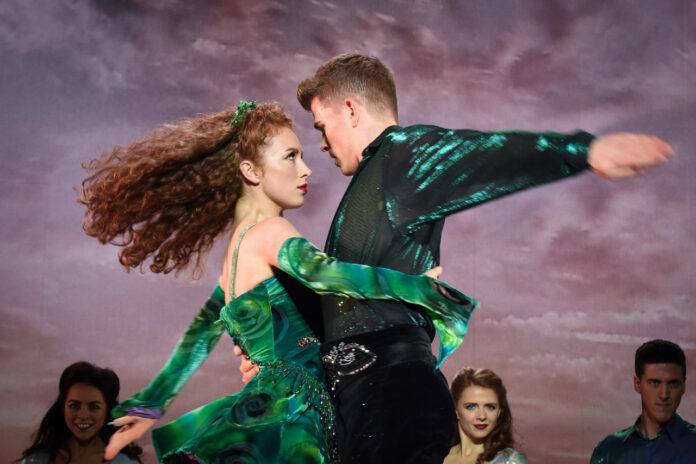 Having grown-up when the founder Michael Flatley rose to fame in the 90’s, and being of Irish decent myself, Riverdance and Irish dancing was always a feature in our family.

To get the chance then to attend The New Riverdance 25th Anniversary Show was hugely exciting and somehow apt, even thinking about it gave me goosebumps. But how would they make the show relevant?

Through dance of course, from its stirring lyrical, Celtic beginnings to its high octane, rhythmic end.

To put the achievement of reaching such a pivotal milestone into perspective, we were shown archived video footage of the first performance of Riverdance in 1995 at the Point Theatre in Dublin up to the current day right here at the New Theatre in Oxford.

The dance-off between two tap-dancers from Harlem, and three Irish dancers was memorable

And while there is a narrative, from the mass exodus of the Irish to America in the 1800’s during the famine, and the morphing of those two cultures, we were there to soak up the sheer energy and dynamism of the 20+ inexhaustible dancers who provided a broad mix of traditional Irish, Russian, Flamenco, hip hop, acrobatics and break-dancing to a hugely appreciative audience.

Music played an equally important part, easing us into the show with traditional Irish songs and low lighting, while slowly upping the tempo on the violin, saxophone, flute and drums, amidst much toe-tapping in the audience, as the pace increased.

The dancers were mesmerising throughout, and had us captivated by their fiery passion and energy. Special mention must go to lead dancers Amy-Mae Dolan and James Greenan.

Each step was perfectly in sync and timed to perfection. Captivating.

The most memorable part was the dance-off between two tap-dancers from Harlem (the brilliant Tyler Knowlin and Kenji Igus) equally matched by three Irish dancers, which perfectly summed up this blend of old and new, through both dance, location, and mindset.

All-in-all a brilliant theatrical experience and highly uplifting – one for all the family.