Home See Comedy Queer drag panto ‘Away with the Fairies’ at OFS is ‘a show...
Facebook
Twitter
WhatsApp 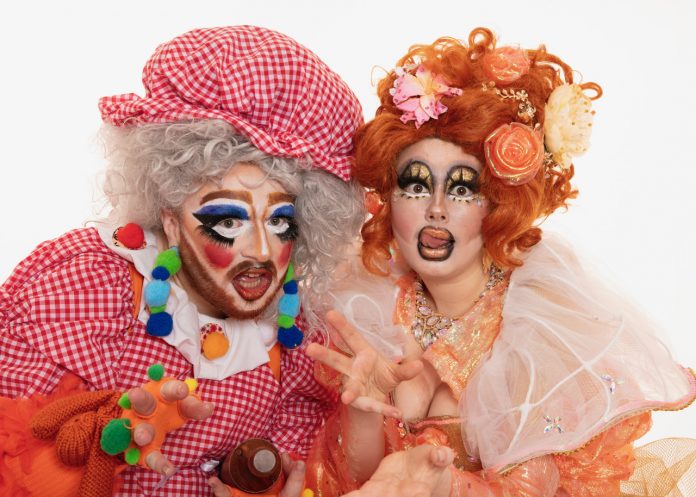 Ginger Tart has been rushed off her feet. Not only has she co-written and produced new queer drag panto Away With the Fairies, but she’s performing in it too – this weekend at the Old Fire Station.

A cross between Jack and the Beanstalk and A Midsummer Night’s Dream, it is stuffed to the brim with parody songs, dance numbers and oodles of camp.

“It’s everything I love about panto but through a queer lens,” she tells me.

The premise? An adventure loving boy who trades his talking, socialist horse for a magical potato that sends his village into romantic chaos. Indeed, Ginger is sewing the gay potato costumes as we speak.

So, tell me about the story-line? Ginger laughs: “I really went to town with the plot after Effusique Aimée came up with the original story in a dream. It’s really wild. But the difference is that although its gender fluid and non-binary, we aren’t the butt of the jokes. Let’s face it, the bloke in a dress thing can be quite patronising and offensive.

“Instead, it’s everything I love about panto reframed and modernised while poking fun at the genre, with an underlying message of humour and acceptance.

“Personally I’ve been wanting to do this for years, but since starting the Oxfordshire Drag Collective I’ve had more people to collaborate with. And we’ve done everything – the writing, the props, the costumes… it’s a full scale production and we are super, super excited about it.

Ginger has been performing in cabaret for five years now as well as promoting queer events for nearly as long. “When I first came to Oxford there was no cabaret scene but there is a lot more queer culture in Oxford now. We love introducing people to that and having fun in the process. It’s really nice bringing people together where anything goes,” she says.

As mother of the Oxford drag scene, Ginger Tart and the Oxfordshire Drag Collective have been making big queer waves across Oxford to foster new and existing drag talent in Oxfordshire. Having performed at events such as Oxford Pride, Queerfest and OxPHWOARd, this group puts LGBTQ+ rights and inclusivity at its heart, and started the original cabaret SPUDS in October 2018.

So is Ginger ready for the performance this weekend? “Nearly, I’m just finishing the final costumes, the last minute touches. But I’m not worried because I know it will be amazing. I can’t wait.”

Away with the Fairies: A Queer Drag Panto, Jan 24-25 at OFS has now SOLD OUT. Returns only.