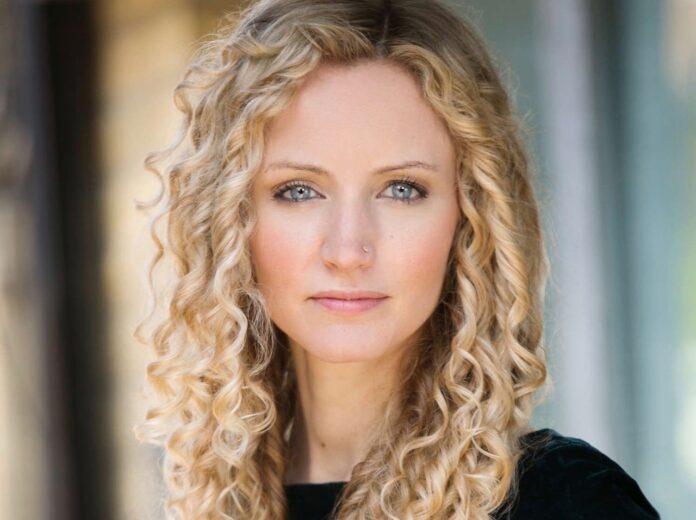 Professor Suzannah Lipscomb has got so many letters after her name it’s hard to get to the heart of the matter, ie her many achievements.

To summarise then for you; the historian, author, broadcaster, and award-winning professor of history at the University of Roehampton has written and presented 18 TV series, written five books, is a famous academic and podcaster, an expert on the 16th century, both English and French, and thus a Tudorphile, a frequenter of comedy and radio shows, and looks more like a popular singer than a dusty historian.

She also lived in Oxford for 12 years while she studied history, and on Sunday (tomorrow) will be returning under a different guise, albeit virtually, talking about one of her favourite subjects – Women Sex and Power in the 16th Century – as part of Oxford Festival Of The Arts, fitting in perfectly with this year’s Tudor theme.

This topic resonates particularly, because while Suzannah is fascinated with the big players, namely Henry and his wives, she also champions the unknowns, giving women voices where they had none, rewriting and reanalysing history from a female perspective, more of which later.

Yet despite these numerous accolades, Suzannah is still slightly unnerved about the technology involved in this virtual seminar. “Yes it is challenging, but as I’ve got to start doing all my lectures virtually next term, my OFA appearance will be a bit of a test run really, so it’s going to be interesting.

“It will be strange without any direct feedback and reaction from the audience, because you can’t gauge the responses. But as long as I can maintain eye contact with the webcam it’ll be fine,” she laughs.

So how has Suzannah found lockdown? Well I’m writing a book, so in many ways it’s ideal, but then I can’t access the libraries and archives required. It’s a bit of a first world problem really, but when you’re writing about the Tudors, fairly necessary.”

The new book is called The Six, after the six wives of Henry VIII, a topic Suzannah concedes is already a road well travelled (David Starkey, Antonia Fraser to name but a few). But that’s exactly why she is writing it, to look at the whole era from a new perspective – a female one.

“Research has moved on, yet the language surrounding these women still pervades. Catherine Howard for example is still called a ‘natural tart’, ‘oversexed’, while the others are ‘vapid’ or ‘boring’, Anne Boleyn is ‘an honorary man’. They are all described basically as ‘whores or bores’ and I want to redress that with more emphasis on their intelligence.

Her other passion is unknown women in history – most recently in her last book ‘The Voices of Nîmes: Women, Sex, and Marriage in Reformation Languedoc.’

“Women in the 16th century were illiterate so wrote few letters or diaries. They had few rights or belongings and there was an imbalance of power because women were considered physically, emotionally and sexually weaker in every way. Luckily there are ways and means of revisiting and researching history,” Suzannah says.

So why heave into such an already densely populated historical pool? “Well the Tudors were brilliant tabloid fodder. You wouldn’t believe it if it hadn’t happened – from the six wives to the Virgin Queen – but also because that period crafted so much of what came after. And who doesn’t like knights and princesses and intrigue?

“I sit on the shoulders of so many giants, so I don’t know if I’d call it pioneering. I’m just doing my bit chipping away at the coalface.”

“There has been a real historical renaissance recently, which is wonderful to see. Just look at Wolf Hall or Game Of Thrones (yes we know it’s not real) or The Favourite. I mean who thought you could even make a film about Queen Anne?

“So it is a golden age from a historical point of view right now. I just want to make sure we keep asking the right questions about what history should be. Just look at Rhodes.”

Back to Oxford then where she began as an undergraduate and left with an MA, MSt and DPhil from Lincoln and Balliol Colleges. What was it like? Suzannah talks for a while about her amazing tutors and teachers, that Oxford was/and is the gold standard of eduction that should be open to all universities if there was more funding, and how she specialised in modern Indian history and 16th century French, before I manage to guide her back to the original question, meant to be about her social life.

Did she allow herself one? “I remember going to The Purple Turtle,” she laughs “and drinking pints in The Turf while we discussed all the work we’d done that day if that’s what you mean, popping to Quod for lunch…”

Sunday however will find her battling to convey the past by using modern technology, during a period of time which will surely go down in the history books itself.

So does Suzannah feel pioneering? “I sit on the shoulders of so many giants,” she smiles, “so I don’t know if I’d call it pioneering. I’m just doing my bit chipping away at the coalface.”

For tickets to see the free event on Sunday from 4pm-5pm go to https://artsfestivaloxford.org/events/suzannah-lipscomb-women-sex-and-power-in-the-sixteenth-century