Home Eat Pod-tastic: Is this the future of dining out? If so The White...
Facebook
Twitter
WhatsApp 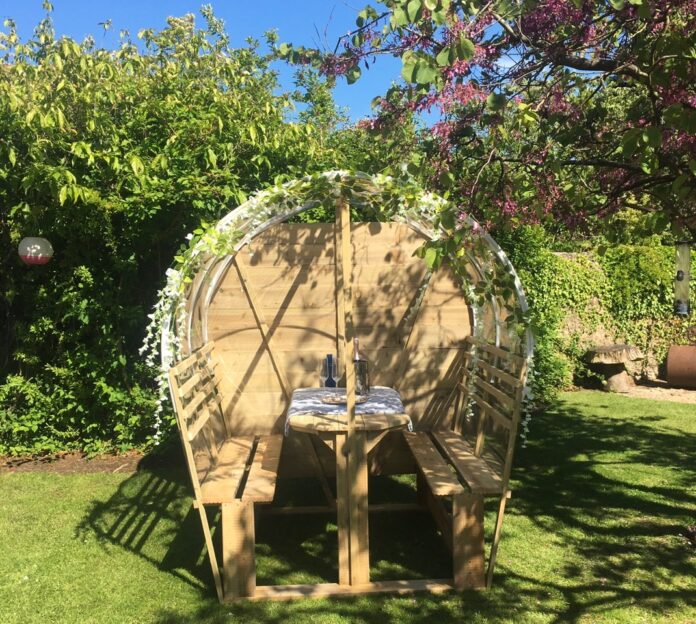 Mark Butcher, landlord of the White Hart in Wytham, has been astonished by the response to a couple of photos he put up on social media of the dining pods he’s had built.

Commissioned in preparation for when the government lifts the ban on the public being able eat out in pubs, restaurants and cafes, and more importantly their gardens, he is ready and waiting.

“I wanted to take that anxiety away by providing a space where the public can still come to the pub, eat and enjoy themselves without having to worry about socially distancing. It’s a reassurance more than anything. Somewhere people will feel safe.”

The 10 dining pods have already seen an unprecedented response with 20,000 views on Facebook alone, hundreds of requests for booking and five people wanting to buy one.

They are not for sale,” Baz laughs. “But they do look really nice and we have a huge courtyard here at The White Hart where we can place the pods, socially distanced from each other, as well as in our car park and frontage.

“So we can bring the inside of the pub outside and try to get back up to maximum capacity as soon as the government lets people back again in pub gardens, which I hope will happen before the end of the month.”

So where did Baz’s harebrained scheme come from? “Well I saw a picture of a cafe in Amsterdam with little glass pods and thought ‘thats a good idea!’. So I went to a local builder and woodworker and told him my hair-brained scheme and asked if he could knock something up.

“48 hours later he had made these beautiful little gypsy caravan style pods out of recycled timber and decking, so we ordered nine more. Five have been made and there are five more to come.”

They come complete with a table and seats for four, a cover and lighting, with night lighting too.

“We are frantically making cushions and the pods have handles on the outside so that they can be linked if people need more than four seats.

“They are also weatherproof but open on one side so nice and cool,” Baz explains.

“I think the pods are romantic and novel, and give people something to look forward to. But for us they will bring some much needed cash”

So how will Baz (Mark) get around socially distanced table service? “People will write their own orders down and put them on a table for our staff to pick up. The food will then be served onto that table and people will fetch their food. Easy really.”

And why does Baz think the pods are already such a big hit even though people can’t book them yet? “Because people are still very anxious about social distancing even though they are desperate to get out. So I wanted to take that anxiety away by providing a space where the public can still come to the pub, eat and enjoy themselves without having to worry about socially distancing. It’s a reassurance more than anything. Somewhere people will feel safe.

“More than that I think they are romantic and novel, and give people something to look forward to. But for us they will bring some much needed cash.”

Baz’ innovation has seen no bounds recently, launching a very up-market ‘At Home’ takeaway service complete with three course menu, playlists, party games and wine all delivered in his 2CV, which has sold out a month in advance. Read about it here: https://www.oxinabox.co.uk/the-white-hart-at-home-dining-experience-comes-to-the-rescue-with-new-takeaway-and-delivery-service-of-three-courses-wine-tablecloths-and-even-music/

So when will people be able to book these new dining pods? Baz says: “As soon as the government tell us we can open our pub gardens again, but I’m quietly confident that will be in the next few weeks.”