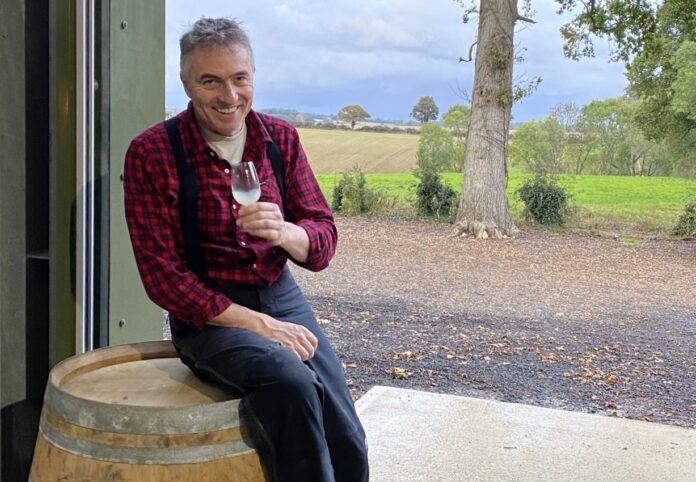 “I’m amazed I didn’t do this sooner,” Gavin Carver tells me as he talks me through Oxfordshire’s first micro-winery – Freedom Of The Press.

Situated in Minster Lovell near Witney, Gavin is preparing to bottle his first white wine for us to enjoy in April, the first of four vintages he’s producing this year.

Surrounded by some serious pieces of kit, including a huge earthenware egg rarely seen in the UK, but widely used in Europe, Gavin hopes to produce some seriously high calibre wine.

“I aim to make the best wine possible using the best grapes I can. I just want to be part of the English still wine movement, which is a bit arrogant I know, but that’s the dream,” he says.

Having recruited one of the country’s top wine consultants to teach him the ropes, and help him achieve his goals, a year later Gavin is fully invested, and certainly in it for the long run.

“We make really great wine in England. It’s winning international awards left, right and centre and I wanted to be part of that”

Freedom Of The Press will produce 4000 bottles of wine this year, the first next week: “It is a small micro-winery, so I feel like I know each grape almost personally,” Gavin laughs.

All of which you can see for yourself come April 15 when Gavin will be opening the doors of his Minster Lovell premises to clients, new customers, the curious, wine lovers and anyone who fancies checking out what he’s up to.

“People can pop by for a tour and a glass of wine or buy some to take home,” he says. “We’d love to show people what we’ve been up to and have teamed up with Italian deli and takeaway Acqua Salata in Witney and Saltpig charcuterie for some nibbles.”

Previously a theatre lecturer in Kent, Gavin has put his money where his mouth is by opening Freedom Of The Press.

So why here and not in France? “We make really great wine in England,” Gavin says. “It’s winning international awards left, right and centre and I wanted to be part of that.”

“so far so good. I don’t want to tempt fate but our wine is tasting really good”

After scouting around Oxfordshire Gavin chanced across the perfect unit on the farm and set up shop there.

There are a few micro-wineries in London and one in Cambridge, but this will be an Oxfordshire first.

“This spot is idyllic, right in the country with the most amazing views, just what I was looking for,” Gavin says.

Gavin buys his grapes from the Crouch Valley in Essex, famed for its contribution to the wine trade, a coup in itself such is the demand.

Freedom Of The Press will be mainly focusing on white wine – Bacchus first, then a Pinot Gris and a Chardonnay. The little bit of red will be used as a very light Pino Noir – more of a ‘serious rose’.

So is Gavin ready to unleash his wine on the world? “It is very nerve-wracking because you only get one shot a year because the grapes are ready in September, so if you mess it up you have to wait a whole year to try again.

“But so far so good. I don’t want to tempt fate but it’s tasting really good.”

Gavin also plans to share his new unit with Tamasine Herriott, an organic wine producer from Plumpton College who is setting up her own label, so watch this space.

But in the meantime you can buy from Freedom Of The Press from April 15th and try a glass of wine and some nibbles from the Thursday pm, Friday all day, Sat am – and other times by appointment.

For more information go to http://freedomofthepress.co.uk 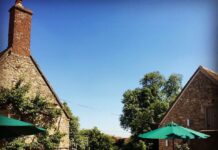 TOP 65: Where to eat outside in 2021 in Oxfordshire’s pubs, cafes and restaurants. Get booking! 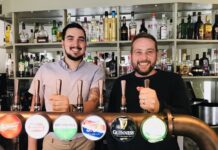 DREAM TEAM: Masterchef’s Ben Bullen on leaving The Feathers to join Bladon community pub The White House and what to expect!