The recent announcement about a new state-of-the-art concert hall to be built in Oxford is exciting news for the city, and is just the kind of uplifting story we need right now.

Expected to open for the 2024-25 academic year, this is something to look forward to in what will hopefully be a post-Covid world.

The project has been spearheaded by Oxford University’s Humanities Division and is finally coming to fruition after more than a decade in the planning, thanks to a £150 million gift from Stephen A. Schwarzman, co-founder and CEO of investment company Blackstone.

“It is absolutely fundamental to the project that this is an amenity for the region – the county, the city, the villages. It’s not about the university only”

The 500-seat music venue will be built at the Radcliffe Observatory Quarter as part of the Stephen A. Schwarzman Centre for the Humanities.

“The Humanities Division wanted to come together in a single building with greatly increased performance and public engagement facilities,” explains Professor Karen O’Brien, the university’s head of humanities.

“We’re doing this at a time when the cultural sector is on its knees, but it will come back. We really believe that.”

Professor O’Brien is keen to stress that this will be a concert hall for everyone, not just for the university.

“It is absolutely fundamental to the project that this is an amenity for the region – the county, the city, the villages. It’s not about the university only.

“We think that Oxford, which is a growing city, has not reached its full potential. There’s so much more that people want from the city of Oxford, so we think this is part of a vibrant and growing ecosystem rather than something that takes something away from anyone.

“Clearly, it will be great for students. If they’re actors they get a chance to perform at the Playhouse, which is amazing, but if they’re musicians they don’t have a comparable venue.

“We did some quite careful analysis – what do we already have, and what don’t we have? – and that medium-sized, high-quality venue is the one thing we don’t have in the city.”

The new concert hall will be ideal for chamber orchestras and jazz ensembles, as well as smaller groups and solo performers, and the university hopes the high-quality acoustics will attract world-class musicians to the city.

Rebecca Dawson, Artistic and Executive Director of Music at Oxford, is excited at the prospect of another concert venue in Oxford.

“The new hall is definitely one that Music at Oxford will consider using,” she says. “We always aim to use a variety of venues.

“I think it’s exciting that the new hall will be start-of-the-art, and I’ll be very interested to learn more about its technological capabilities too, in due course.”

Oxford Philharmonic founder and music director Marios Papadopoulos has mixed feelings: “The new concert hall is a welcome addition to the other performing venues in Oxford, and we applaud the vision and enterprise of the philanthropist Stephen A. Schwarzman who provided the funding for its creation,” he says.

“This hall will provide much-needed space for the work of Oxford students and members of the Faculty of Music. It will also provide an auditorium which seats more people than most of the small venues in Oxford, ideal for small-sized ensembles and for chamber music.

“However, it will not be suitable for larger-scale orchestral concerts, and therefore the Sheldonian Theatre and Town Hall will remain the main venues for such concerts.”

The new building will be designed by Hopkins Architects, whose portfolio includes a number of significant cultural venues, including Glyndebourne Opera House.

The university has also appointed acoustic consultant Ian Knowles, director of leading design and engineering firm Arup, who has previously worked on projects for the Guildhall School of Music and Drama, the Barbican and The Sage, Gateshead.

Professor O’Brien hopes that the venue will play host to a variety of different kinds of acoustic music.

“Obviously you can amplify, but the point of having an acoustician is to have a fantastic acoustic for a whole range of music, including classical repertoire, jazz, modern popular music and contemporary music,” she says.

“You name it, we would like it to be able to perform in that venue.”

The location – the Radcliffe Observatory Quarter – is another plus for this exciting new venue.

Professor O’Brien says: “It’s a spacious location, there’s lots of restaurants on Walton Street, which could work nicely, and at the moment it’s an undeveloped site.

“There won’t be parking, but it will be accessible by foot, by bike and by bus.”

The last six months have been spent in consultation with the architects, ensuring requirements are clear and drawing up outline plans for the building.

“This year will be a very important year, where we are engaging with a very wide consultation with the city,” explains Professor O’Brien. “We hope towards the end of the year to go forward for planning consent.”

The new project, she feels, is a statement of the university’s optimism about the arts in Oxford, despite the recent setbacks due to the coronavirus.

“This is a vote of confidence from the university in the cultural sector and in the arts in a way that we haven’t done on this scale for a long time,” she says.

“As a university, we have confidence and faith in the arts.” 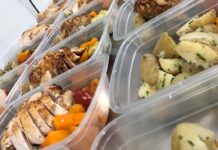