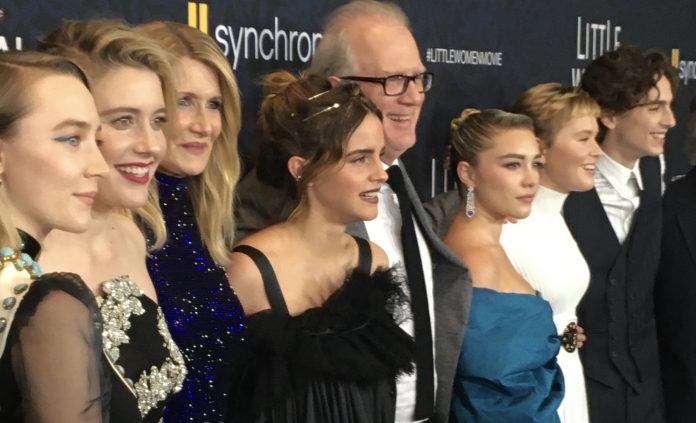 Oxford’s very own Florence Pugh has just been announced as a 2020 Oscar hopeful for her role in Little Women.

Her Actress In A Supporting Role nomination, announced in the past few hours, places her in a pool with Kathy Bates, Laura Dern (who also starred with her in Little Women but is nominated for Marriage Story), Scarlett Johansson and Margot Robbie.

Her concurrent nomination for Best Supporting Role at the BAFTA’s on February 2, pits her against an almost identical list.

Proud father Clinton, who accompanied her, along with the whole Pugh family, to the premiere of Little Women in New York, said: “This is such wonderful news. Florence has worked so hard over the past six years and she deserves the recognition. I am obviously very proud of her.”

She attended Cokethorpe School, Wychwood School and then St Edwards School in central Oxford before starring in her first movie The Falling in 2014.

This was soon followed by Lady Macbeth for which she won British Independent Film Award for Best Actress.

She went on to play professional wrestler Paige in Fighting With My Family, starred in horror film Midsommar, and her next film Black Widow is expected later this year.

Little Women, based on the novel by Louisa May Alcott, was directed and written by Greta Gerwig and starred Saoirse Ronan as Jo March who recounts her family’s exploits in the famous American book.

The 92nd Academy Awards takes place on Feb 9, when Florence’s category winner will be chosen in the Hollywood ceremony, live-screened around the world to millions.

Last time I interviewed Florence she said: “I’ve always wanted to act. I’ve never been good at anything else. I have certainly found the thing I really love and want to do.”

At the time she was preparing for The Falling premiere and added: “It’s fun getting dressed up for the red carpet and mixing with so much incredible talent. But otherwise I’m not a glitzy person.”

That might be about to change because with the eyes of the world on her, and her name on everyone’s lips, Florence Pugh has just been launched into the A-List.