The phrase ‘page-turner’ doesn’t seem to do Cara Hunter’s latest book justice, ‘sleep depriver’ does. To put it another way, I finished reading her latest novel All The Rage at 4am.

What the author would be like in the flesh though is another thing entirely. Someone macabre, distant, gothic perhaps, unnerving, or as Anne Widdicombe put it so brilliantly when describing Michael Howard, “having something of the night about them.”

Passing a foreboding billboard poster enticing me to read All The Rage on the way to interview Cara in Oxford, did nothing to alleviate my discomfort.

Therefore, the sunny, breezy, cheerful, chatty, down-to-earth, unpretentious, blue-eyed blonde I meet in our ascertained cafe was a huge surprise. Cara (not her real name) was laughing because the staff hadn’t let her sit at my specially reserved table. They were obviously expecting someone entirely different as well.

We order coffee and brunch, few knowing that the woman in front of them is currently taking the literary establishment by storm.

But before we get too settled let’s just remind ourselves quite how successful Cara Hunter is at this point in time. Her four detective novels, featuring DI Adam Fawley and his Oxford-based police team, have sold 900,000 copies in the UK alone, and been translated into 23 territories to date.

Her fourth novel, No Way Out was selected by the Sunday Times as one of the 100 best crime novels since 1945.

Cara was also recently presented with the Gold Nielsen Bestseller Award to mark sales of half a million copies for her previous novel Close to Home – a Richard and Judy Book Club pick, and shortlisted for Crime Book of the Year in the British Book Awards 2019.

All the Rage is already a bestseller prior to its paperback release.

In short, Cara Hunter is A BIG DEAL.

And while she makes it sound as if the writing happened in a roundabout way, Cara later admits that her whole life had been leading up to the point where she picked up a pen and started putting her crime obsessed brain where her mouth is.

Because Cara is nothing if not a crime fan. Addicted to TV programmes such as CSI, it was only when she threw a paperback thriller down because of its disappointing ending that her husband calmly said: ’well why don’t you write one yourself.’

She did and Close To Home was her first effort, going to auction in a bidding war, such was the buzz around it, publishing houses vying for the privilege of printing her books. In the Dark and No Way Out swiftly followed, one a year at this point, and her fifth crime novel will be published by Penguin in 2021.

But we are here to talk about All The Rage, which gets under your skin immediately. It’s the subtle mix of terrifying crime and its claustrophobic tenure, set against the humanity of the team and characters we meet, that proves so successful.

How police cope with the daily incidents they witness is something that Cara has hooked right into. She knows DI Fawley and his Oxford team provide a useful diversion from the bleak detective landscape they operate in, as well as endearing these long-term characters further.

It means however that Cara has a team of professionals on hand to ensure that her procedural and legal descriptions are watertight and accurate, from a QC to an ex police inspector.

“The hardest thing to ascertain is when the police charge or arrest someone – that point is hard to judge although I am getting better, because after four novels you learn a lot,” she says.

“But the best compliment of all is when police officers write to me about my books and say how much they enjoy them because they are factually correct, so I have to do my homework,” she says.

As for the plots, Cara accedes that “absolutely everything has been done before. There is so much TV dedicated to the genre, as well as books, so it’s really hard to come up with something different and believable.

“So I really have to think about how to make my books stand put. A good plot will only get you so far, so I gave my characters real emotional intelligence.

“But the most important thing is why, and for what reasons. Why is what I’m most interested in.

“I’m more interested in people making the wrong decisions for the right reasons, and what happens when people are pushed to extremes and try to find a way out”

“Yes love, money and revenge tends to be the motive, or the lack of it,” she says, excited now that she’s discussing her favourite subject, “but that’s how humans are wired.

“That’s why true crime is so endlessly fascinating, because it actually happened, however unlikely it might seem – the act itself, that ordinarily you would say could never or would never happen. And yet it does.”

So how do those around her deal with this rather unnerving fascination? “When my husband comes home (Cara lives in North Oxford) and finds me watching true crime programmes, he says ‘ah research’ and he’s not wrong. Because my brain is like a minestrone pot. I just keep chucking things in.

“And friends have started looking at me a bit differently. I think they are surprised that I have elements of my imagination like that. But then writers are like magpies – they pick things up wherever they are.

“And that’s why I hope the stuff I write is a bit different – because it comes from several different sources. It’s the combination that’s different and unusual.”

So where does Cara begin then when she’s starting a novel? “I’ll have lots of ideas that begin sticking and clustering together, that’s when I know I have the beginnings of a story.”

And how does she know she’s onto a good one? “I like to take people with me on my journey which is why I love writing twists, but you have to give your readers the right map rather than bamboozle people just because you know the answers, and they don’t.

“But in terms of endings, you want people to say ‘Oh My God’ and then say ‘of course’. I want them to see what’s been in front of them all that time.”

And then Cara pauses and thinks for a while. “The thing to question throughout is ‘what is the difference between a victim and a perpetrator?’ The perpetrators might be ordinary people who just made some bad decisions.

“I’m more interested in people making the wrong decisions for the right reasons, and what happens when people are pushed to extremes and try to find a way out, and the impact that has on the people around them. That’s why crime is such an interesting genre.’

And why Cara is such an interesting person because she is so immersed, so in love with her subject and her career, so beholden to the genre. And yet there’s those that look down on crime writing as an academic pursuit.

“Yes, crime can be looked down on, or seen as light entertainment, something to read on the beach, but for me it’s about human nature as much as any other genre.”

So does she regret not starting on this path as an author sooner, considering how successful she is. After all, Cara did an English degree at Lincoln College here at Oxford University, but then went to London and worked in the city in PR and as a copywriter.

“It was a really good discipline actually, working to deadlines. You just have to get on with it, so I have a very good work ethic and have done since I was a child.

“I’m a firm believer however, that things happen when they are supposed to happen. I didn’t have the experience or confidence before to be that person. I don’t regret that. I love what I do now and, touch wood, I will keep going as long as people want to keep reading my books.”

“But yes, it has been crazy mad,” she says smiling.

And then she looks at her watch. “Is that the time? I have to be somewhere else in five minutes,” and with that she’s hurrying off through the cobbled streets of Oxford, blonde hair flowing behind her, before disappearing completely, just like one of the characters in her very successful books.

She may be charming and considered, easy company and fun, but to underestimate Cara Hunter and her huge potential in this world of academic heavy Oxford tomes would be a great disservice.

In the meantime we can only wait with bated breath for the next outing of DI Fawley.

All the Rage, was published by Penguin on 23 January and is available in all good bookshops. http://www.penguin.co.uk/authors/130642/cara-hunter.html 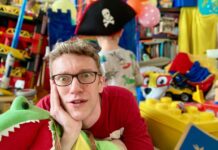 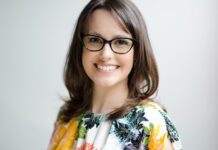