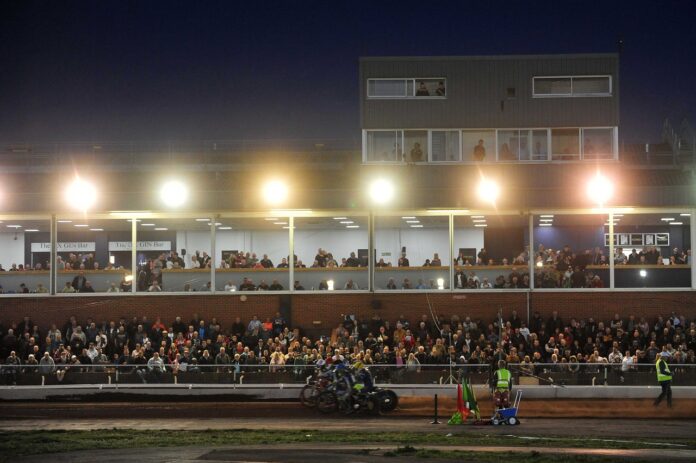 For nine long years, the Oxford Stadium on Sandy Lane, Cowley, stood empty, its heyday seemingly over, plans for housing on the site heralding its end.

But thanks to businessman and dog racer Kevin Boothby, the Oxford Stadium is open once again, and has been completely refurbished, boasting a new 180 seater restaurant, OX GIN bar, four further bars and a wellbeing centre.

Not only that, but since opening last week it has repeatedly sold out, as 2000 people gathered to watch the Speedway racing underway once again.

And with the dog racing due to resume on June 3, this winning streak looks set to continue.

“We can’t quite believe it,” commercial operation manager Lisa Hust says looking around her at the gleaming paint. “It was a rush to get the stadium ready in time. But we have been overwhelmed by how popular it’s been already so we want to ensure our customers have the best experience.

“We also want to make sure Oxford Stadium is a multi-purpose venue so aim to include the community as much as possible in that.”

“boxing classes for children through the Frank Bruno Foundation, Exercise, combatting loneliness and teaching life skills are all on the agenda”

The spa and wellbeing centre for example will include boxing classes for children thanks to the Frank Bruno Foundation. Exercise, combatting loneliness and teaching life skills are all on the agenda, and the Oxford Stadium plans to work closely with local schools to ensure that everyone is included.

The sports bar will also be showing all the big sporting events and even aims to serve breakfast! While a carvery and Sunday night curry nights are planned.

Bob Clark of OX GINS said: “We are delighted to have opened up our new bar at Oxford Stadium and look forward to serving our gins to the many customers passing through here by offering them something new and adding to the offerings here.”

“It’s great to see the fans, the regulars and the locals returning, with their own families. It was a way of life for them and we want that to continue”

Those that come for the race nights however are in for a treat with numerous sports bars, restaurant packages that include a three course meal and mobile TOTE reps.

“It’s great to see the fans, the regulars and the locals returning, with their own families. It was a way of life for them and we want that to continue,” Lisa says. “They know it’s a great evening out and there is so much nostalgia and memories for people here.

“They were so sad when it closed and campaigned so hard for Oxford Stadium to be reopened, so it’s quite emotional for them to return. They just can’t believe that it’s back open again because so many Speedway clubs closed down around the country.

“Plus a lot of local people work here now, We have created a lot of jobs and are so proud of the local youngsters we are training up.”

So what would Lisa say to anyone whose never been? “Just come along with no expectations and take in the atmosphere. Be open-minded and enjoy yourself. After that you’ll certainly come back again.

“We really want to keep the momentum going. We believe in what we do and are really passionate about it. It’s the community sprit that keeps us going.”