Home Do Books Oxford Literary Festival fights for survival and asks for your help to...
Facebook
Twitter
WhatsApp

Stuck between a rock and a hard place, the coronavirus epidemic has hit the Oxford Literary Festival like a freight train. Without cancellation insurance and with £170,000 worth of tickets to refund, the future of one of Oxford’s most famous annual events is in jeopardy.

Yet the organisers aren’t giving up without a fight and they need your help.

Oxford Literary Festival director Sally Dunsmore explains: “The stark alternatives are to go into immediate liquidation and no-one will receive any refunds or to try to keep the festival going, recognising that we are in no position to offer refunds,” she says.

“We would therefore be grateful for any festival-goers who felt able to consider their tickets as a donation to the future of the festival. We are extremely grateful to those of you who have already confirmed gifts. We are also looking at how we might credit ticketholders for future events.”

She explains further: “Most festival costs are incurred in the year running up to the festival. In common with many small arts and culture organisations we have never been able to afford cancellation insurance. Pandemic cover was hardly available.

“The festival has sometimes made a surplus, but this has been offset by many years when we just broke even or made a loss.

“We have been sustained by a small number of generous supporters, who have made long-term interest-free loans. We have no endowment and we are the only one of the big four UK literary festivals (the others are Hay, Edinburgh and Cheltenham) to receive no public funding.

“Until early last week, only seven events had been cancelled and all ticket buyers affected had been reimbursed. Reimbursement continued until Friday 13 March.

“Official advice was to proceed as normal. Speakers had re-confirmed their intention of coming, and it looked as though the festival just might be able to take place.

“However, as the week progressed, it became clear that festival venues were likely to be closed to public events, speakers from overseas and many from the UK would not be able to travel, and the government was likely to ban large-scale public events.

“In common with many arts and commercial organisations in the UK, the festival was caught in a perfect financial storm.

“We are now faced with a debt to ticket holders of £170,000 and no prospect of being able to refund it.”

So what next? “It will take us time to work through all the options,” Sally says “which could include launching a fundraising appeal. We are determined to make every effort over the coming months to stage a series of events in late 2020 and early 2021 if the public health and financial circumstances allow it.

“We have been extremely moved by the extraordinary number of proposed and former writers and speakers who have already pledged their support for the festival.

“A 2021 festival could be held in early autumn of next year and we hope to soon have news of a new date in the autumn for one of this year’s big Sheldonian events.

“With your kind support, we can survive and bring you a programme later this year or next year.”

Go to https://oxfordliteraryfestival.org for more information 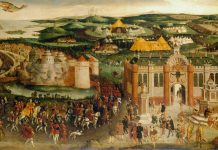 UPDATE: The Oxford Festival Of The Arts is determined to share their extensive summer programme, even if it’s a virtual extravaganza 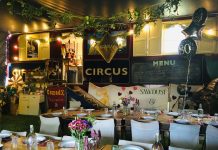 Giffords Circus Cookbook is a ray of sunshine in a bleak year. Circus Sauce head chef Ols Halas on realising his and Nell’s dream 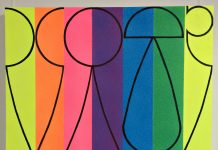