Home See Cinema Outdoor cinema, pizza and beer? Thought so! Head down to The ‘Up...
Facebook
Twitter
WhatsApp 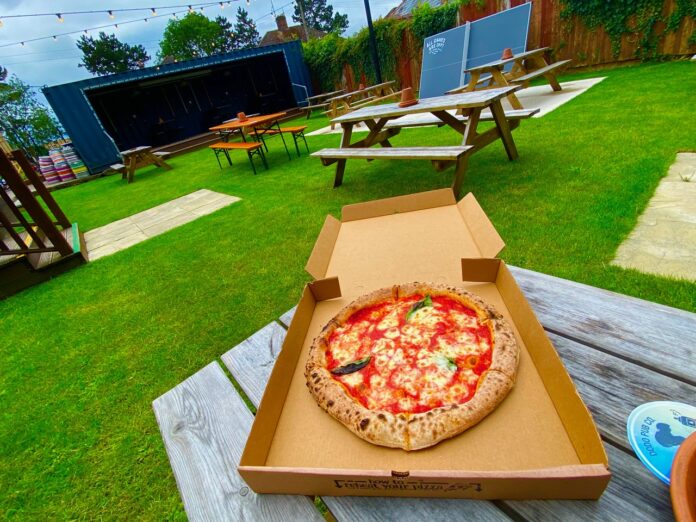 The Up in Arms invites you to a summer of outdoor cinema in August.

From Friday August 14, the Marston pub is hosting four weekends of films starting with The Greatest Showman at the Up in Arms.

Dodo pub director Leo Johnson said: “We can’t wait to put on a summer of films.

“We’re hoping that they’ll give our lovely customers a chance to switch off from all the craziness that’s going on right now, even if just for a couple hours.”

There is a bring your own chair policy and social distancing will of course be in place. Headphones will be provided having been sanitised before the showing. Customers should arrive 20 minutes before the film is due to start.

The Up In Arms is owned by Oxford boys Leo Johnson and Chris Manners who founded the Dodo Pub Company in 2009. The pair started by reviving a down and out boozer on the back streets of East Oxford.

Following a dramatic overhaul, this became The Rusty Bicycle. Within two short years, ‘the Rusty’ as it had become affectionately known, had gained critical acclaim, but most importantly was firmly established at the heart of the local community.

The Rickety Press opened in 2011 and occupied the gastropub space with a fancy menu and focus on food. Notoriety quickly followed with a string of Bib Gourmands and being hailed in the Good Food Guide. Today ‘the Rusty’ is another thriving pub where you can walk in anytime with friends and family and grab an honest plate of food and drink or two.

Next up was Up In Arms, a derelict pub beautifully transformed into a great neighbourhood spaces to eat, drink and be social.

Tickets cost £8.50 and can be purchased from www.dodopubs.com/shop.

TOP 65: Where to eat outside in 2021 in Oxfordshire’s pubs, cafes and restaurants. Get booking!