Home See Comedy Olga Koch is back in Oxford with her unique brand of comedy...
Facebook
Twitter
WhatsApp 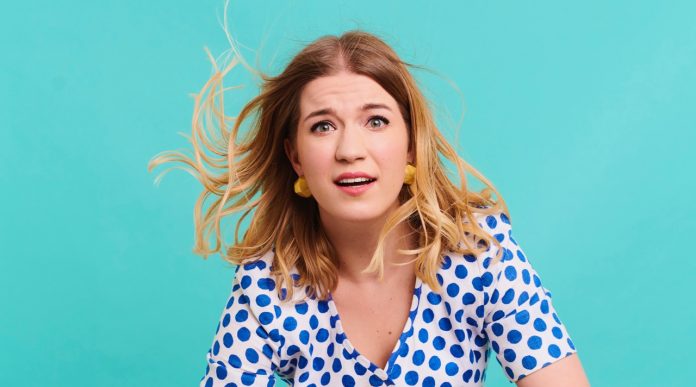 Getting Olga Koch (you can watch her YouTube video on how to pronounce her name) to admit she’s good as a stand-up is like pulling teeth. The fact that the young comedian is now embarking on her second solo show in as many years should speak for itself.

If not, the awards and achievements do. She was nominated for the Best Newcomer Award at the 2018 Edinburgh Fringe with her debut hour, FIGHT, a multimedia extravaganza that took her audience through the making of modern Russia. The show turned into a successful tour and has since been commissioned and aired for BBC Radio 4, and adapted as a sitcom for TV.

Olga has also appeared on Mock The Week (BBC2) and the new primetime BBC1 series King Gary, and Olga will be supporting Ellie Taylor, Suzi Ruffell and Stewart Francis on tour later this year.

But will Olga take any credit for her rapid progression through the comedic ranks, or her growing reputation as a sharp, quick, intelligent, focused, stand-up who can mix the partitioned worlds of science and comedy without a second thought?

“The minute I do I’ll bomb and it will take me right back to where I started, so I never give it too much thought,” she says in her American drawl.

“You’d have to be incredibly conceited to think you’ve made it, and there’s always room for improvement,” she adds.

A regular on the Oxford scene thanks to Jericho Comedy, which offers up-and-coming stand-ups like Olga on a comedic plate, Olga was at their Oxford Playhouse comedy gala last year.

Her new show If/Then sees Olga hilariously telling a love story through the unorthodox medium of computer science, what happens when we can’t separate emotion and technology, and what happens when our expectations for romance, happiness and Michael Bublé no longer compute.

“This is about how computer science has made me see the world through a very specific lens,” she says.

Olga moved to the UK for a tech job in London. She started doing stand-up to meet people, (most people would just join a book group or pilates class) and liked it so much she decided to stay.

So what’s the thrill? “I just love the attention. I am quite obsessional about it though. I can spend a day obsessing about the wording of one joke. I am borderline delusional yes, but as long as I can keep myself convinvced that’s half the battle,” she laughs.

So has it got easier the more successful she’s become? “Yes, because I no longer have to prove to the audience that I’m legitimate. If someone has bought a ticket, they already have faith. It feels a bit like cheating. But I don’t think I’m bulletproof if that’s what you mean.”

As for Oxford, Olga likes it so much she has enrolled on a graduate social science course at Keble, so we may be seeing a lot more of her.

In the meantime you can catch her new show If/Then on Thursday March 5 at Jericho Tavern at 8pm.