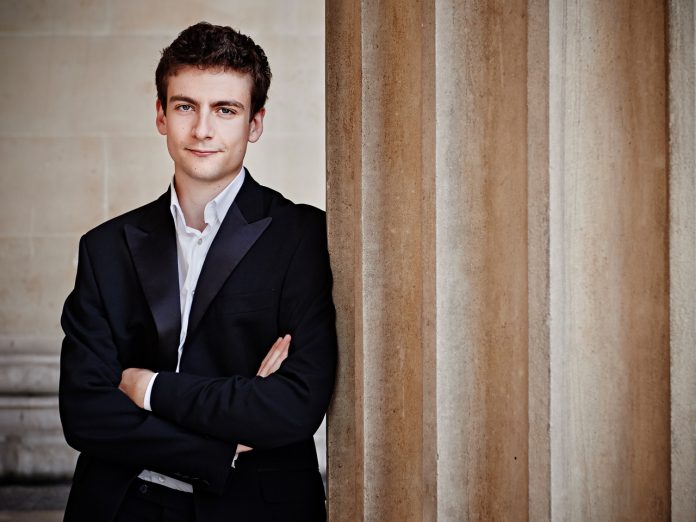 Glamorous German violin virtuoso Lisa Batiashvili makes her Oxford Philharmonic debut in this treat-filled concert, playing the Violin Concerto by Vienna-born composer Alban Berg. He was inspired to write this tender piece after the death of Manon Gropius, the 18-year-old daughter of Gustav Mahler’s widow, Alma, and her second husband, Walter. The piece was dedicated to “the memory of an angel”. Completing the programme are Schubert’s Symphony No.8 in B minor, D759, the famous ‘Unfinished’, and Brahms’ Symphony No. 4 in E minor, Op.98.

Banish the post-Christmas blues with this wonderful New Year concert of baroque delights, including Haydn’s Symphony No.104 in D major, the ‘London’. There is an optional pre-concert supper. With Eva Caballero (flute), Kerstin Linder-Dewan (violin), Penelope Rapson (harpsichord) and the Fiori Musicali Chamber Ensemble.

In this contrasting programme, Jonathan Powell explores Janáĉek’s melancholy piano cycles On An Overgrown Path and In the Mists, both written during the first twelve years of the 20th century, and Prokofiev’s Sonatas Nos. 5 and 6, the former inspired by his time in France in the 1920s and the latter written in 1940 in response to the outbreak of the war.

Join the Oxford Philharmonic for this lovely concert, in the appropriately intimate setting of Merton College’s TS Eliot Theatre. Rising star Alexander Ullman, an alumnus of the Oxford Piano Festival, is the soloist for Dvorak’s haunting Piano Trio No.3 in F minor, Op.65, which is followed by Arvo Pärt’s Fratres and Janáĉek’s most famous string quartet, the passionate Intimate Letters. With Natalia Lomeiko (violin), Yuri Zhislin (violin), Jon Thorne (viola) and Mats Liström.