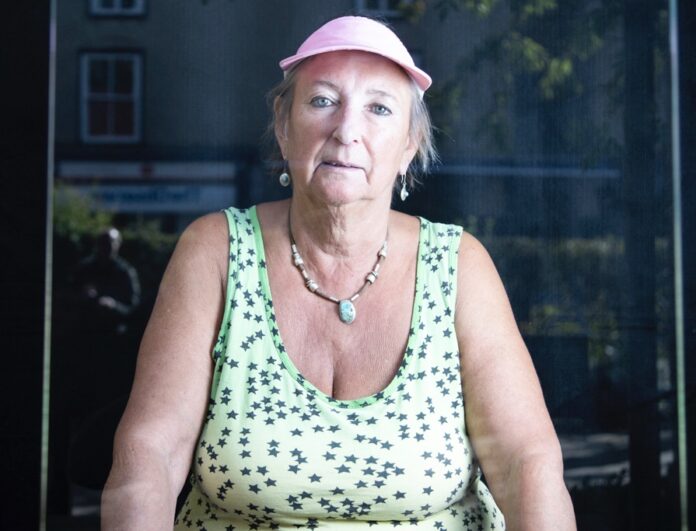 If you pass St Giles’ churchyard in central Oxford, you will find a unique outdoor photographic exhibition by renowned photographer Fran Monks to celebrate the achievements of women at Oxford Gatehouse.

The drop-in cafe and community centre for the homeless, vulnerably housed and those on low income, is a registered charity led by women. It also embraces those looking for company and community.

“This is about celebrating The Gatehouse’s strength and resilience regardless of status or age and to show that collectively we are stronger.”

Which is where Fran Monks photographed Oxford Gatehouse’s guests and helpers for the Photo Oxford festival, to encourage a lack of judgement over the subject of homelessness.

Hence there are no names on the portraits, or distinction between the subjects, in the series that stretches alongside St Giles, between Woodstock Road and Banbury Road, next to the Gatehouse.

Instead, each photograph has a statement at the bottom to help you consider the subjects and society as a whole.

Respected photographer Fran relished the Photo Oxford commission because she wanted “to reflect something positive about homelessness when there is so much negativity around the subject in the media.”

Fran, who has lived in Oxford for 20 years, adds. “So many people walk past the church and churchyard without even knowing about The Gatehouse or its work, so the exhibition Strength and Resilience is also about encouraging awareness.”

Fran has recently been in the spotlight after her Social Distance portrait was selected by the National Portrait Gallery in London for its “Hold Still” exhibition.

“ANYONE CAN BECOME HOMELESS AT ANY TIME IN THEIR LIVES. HOMELESSNESS DOES NOT DISCRIMINATE”

She was also the photographer behind the Nice Cup of Tea project at The Ashmolean Museum and Portrait of Keble, an installation for Keble College’s 150th anniversary.

Fran therefore liked the contrast between the town and gown element of her recent work and its inclusivity. “It’s been really interesting juxtoposing the college and The Gatehouse in a similar style,” she says.

And what was her aim? “It is photography with a conscience – to show that we are all human beings and to make people want to change the world for the better. It’s about how to make a difference really. That’s why it’s called strength and resilience. And I’ve met such a wonderful mix of people.”

Which is why the Photo Oxford project has been such a collaborative process from the start, the Gatehouse adamant about celebrating their ethos as a community, rather than singling people out.

So how did Fran go about it? “I wanted to create something together, so it was really important to talk to the subjects first and put them at ease. That’s part of the process for me, rather than just taking a picture. It’s about images that reflect the process itself.”

“this is about celebrating our strength and resilience, regardless of status or age”

Oxford Gatehouse CEO Katriona Horne was one of those who posed for Fran: “I don’t normally like having my picture taken,” she says, “but this was more of a behind-the-scenes look at a person – who they are and how they got here. It’s about giving people a voice.

“We wanted to show that you can’t tell who has had a lived experience (homelessness), and to reduce the stigmas and stereotypes around the subject, because 90% of the staff at The Gatehouse have experienced homelessness.”

“Plus, we have such a broad range of clients here, so it’s a really big community, and we wanted the Strength and Resilience exhibition to reflect that and to be empowering.”

“Because anyone can become homeless at any time in their lives. Homelessness does not discriminate.

“So this is about celebrating The Gatehouse’s strength and resilience regardless of status or age and to show that collectively we are stronger.”

Strength and Resilience runs until November 16.

Photo Oxford runs until November 16. To find out more go to https://sites.google.com/view/photooxford2020/home?authuser=0

To find out more about Oxford Gatehouse go to http://oxfordgatehouse.org