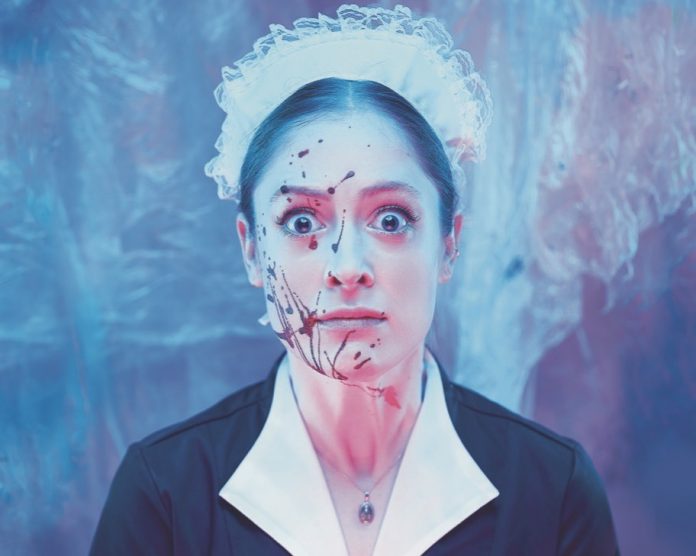 A hotel room, a maid and a dead woman. It’s not what it looks like, really, it’s not. It was self-defence… and anyway, the woman was asking for it. A blood-soaked mortality tale about victimhood, power and flipping the gender rulebook on psychopathy. A quintessential, jet-black comedy for the age of the gig economy.

Raw, gutsy, emotive and visceral dance. TRIBE//’s debut work is a call to arms by an all-female cast.

Fresh of the back of his Strictly Come Dancing success, the comedian is out on the road with his biggest ever tour. Don’t miss your chance to catch him here in the city.

The enchanting world of Sarah and Duck is brought to life featuring all the characters from the BAFTA award-winning CBeebies show.

Scandal. Secrets. Obsession. Watch Dickens’ classic tale of inheritance, mystery and obsession, surrounded by three miles of bookshelves in Blackwell’s subterranean Norrington Room. Esther does not know who she is by birth, but when her Godmother dies and she is sent to Bleak House, that’s when her life really begins. This new musical adaptation, features live music, song and five actors playing multiple roles in the interweaving worlds of foggy London, the haunted Dedlock Manor in Lincolnshire and Bleak House.

Celebrating the 40th Anniversary of the play, this acclaimed production of Willy Russell’s adaption stars Stephen Tompkinson as Frank, and Jessica Johnson as Rita. It tells the story of married hairdresser Rita, who enrols on an Open University course to expand her horizons, and her encounters with university tutor Frank who soon realise how much they have to learn from each other.

Find yourself right in the middle of an immersive world, from ancient rite to banging club. What has changed in 4,000 years of dance culture? Martin Green leads us through a mind-altering, bespoke audience experience. Pass through The Portal and you will become part of this beautiful and exhilarating world of music, movement and ritual.

In chic Tropez!, a failed cat-burglar and a gentle gigolo, form an unlikely pair and together take aim at the top of St-Trop! Among the jostling jet set and the glamourous glitterati these underdogs plan to pull off the biggest jewel heist in history.

With Lost Dog’s blend of dance, theatre and comedy this duet reveals the real story of Romeo and Juliet.  It turns out they didn’t die in a tragic misunderstanding, they grew up and lived happily ever after. Well they lived at least. Now they’re 40ish, at least one of them is in the grips of a mid-life crisis so they have decided to confront their current struggles by putting on a performance – about themselves. Their therapist told them it was a terrible idea.

Get ready to rock as this award-winning show lands in Oxford. Featuring the legendary anthems of Jim Steinman & Meat Loaf, including I’d Do Anything For Love (But I Won’t Do That), Paradise By The Dashboard Light, Two Out Of Three Ain’t Bad, Dead Ringer For Love and Bat Out of Hell, in an exciting over the top theatrical spectacle unlike any other.

One of British comedy’s most exciting talents (although she’s Danish), winner of the prestigious Edinburgh Best Newcomer Award, a cult podcaster, and now the author of the hugely successful book ‘Happy Fat’, Sofie Hagen returns to Oxford with a brand new show direct from the Edinburgh Fringe.  A show about the things you forget, the things you remember, and the things you wish you could forget. But also, there’s a bit about bums.

Featuring exquisite music, Artic landscapes and a cast of extraordinary puppets, Yana and the Yeti is aimed at family audiences and is the perfect first theatre trip.

The multi award-winning master of mind control and psychological illusion returns with his first theatre tour for five years, Showman. The content of Showman remains a closely-guarded secret, but if you’ve seen him before, you know you’re in for a powerhouse treat.

A comedy spoken word show about gender, the media and not fitting any of the boxes, full of explosive movement, original songs and kickass video projection. Edalia Day is a banjo wielding, poetry slam winning, trans warrior, taking on the world one troll at a time. A hilarious and uplifting journey through what it means to be trans in 21st century Britain.

Moving With The Times this year features three strong emerging companies with a range of exciting work. Burning House from Amy Foskett Dance is a highly physical contemporary dance piece that explores human mortality, our bodies and our planet. Thomas Page Dances’ Commonality looks at the parts of life that everyone has in common. Through the exploration of shared experiences and feelings, this performance paints the possibilities of coming together as one community. Featuring contemporary dance, a unique score, live photography and lots of tape! Drishti Dance produces high quality Classical Indian dance works. Choreographed by Artistic Director Anuradha Chaturvedi, the work is a contemporary expression of Kathak dance tradition creating a dynamic fusion of movement and rhythm set to the music of Shammi Pithia.

Six young women have a story to tell. You might have seen them, emptying the chamber pots and sweeping ash from the grate; the overlooked and the undervalued making sure those above stairs find their happy ending. Men, money and microphones will be fought over in this loving and irreverent all-female adaptation of Jane Austen’s unrivalled literary classic. Let the ruthless matchmaking begin.

Based on Hans Fallada’s bestselling novel about true events in wartime Germany, this timely story follows Otto and Anna as they negotiate the insidious effects of absolute power on every aspect of daily life. When they decide to make a stand in their own unique way they find themselves players in a deadly game of cat and mouse with the Gestapo. Described as “the greatest book ever written about German resistance to the Nazis” by Primo Levi, this Oxford Playhouse co-production will be the first time Fallada’s masterpiece has been seen on a British stage.

The triumphant return of Edinburgh Comedy Award-nominees Max & Ivan, Commitment is the TRUE STORY of the unreasonable lengths one best man (Max) will go to give one groom (Ivan) the greatest weekend of his life. It’s a show about dreaming big, growing up, and trying – but ultimately very much failing – to make it in the band. Directed by three time Edinburgh Comedy Award nominee Kieran Hodgson.

Still Touch emotes the personal and human need for touch to be reciprocated by a living and moving person.Questioning the relationship between three dancers and three life-size human sculptures, this is Richard Chappell Dance’s collaboration with internationally renowned sculptor Anna Gillespie, created initially for Royal Opera House’s Month of Sundays Festival.

All around the world Roald Dahl’s words are disappearing, not only from books but from children’s minds too! A theatrical and interactive show, designed especially for all the family, explore Roald Dahl’s extraordinary stories, including Charlie and the Chocolate Factory, The BFG and The Twits, along the way.

Written by acclaimed award-winning children’s author Laura Dockrill using exquisite poetic language to explore a heartfelt story about love, loss, identity and memory, this striking and emotional new play is a joyous reminder of just how playful the world can be.

Based on the music of Queen, this smash-hit musical spectacle will be wowing audiences in Oxford. With 24 of Queen’s biggest hits delivered in a show that boasts the scale and spectacle that marked the bands’ legendary live performances. 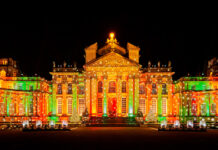 COMPETITION: Win a family ticket to exclusive preview of Christmas at Blenheim Palace – The Nutcracker, Illuminated Trail and Christmas Market!